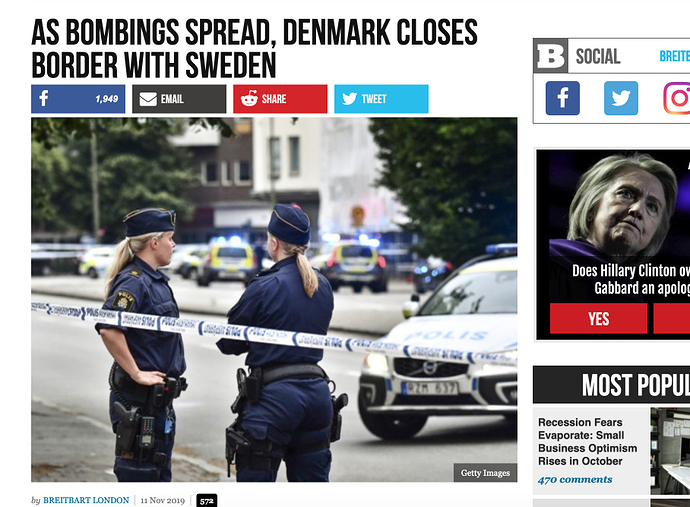 COPENHAGEN, Denmark (AP) – Denmark will temporarily reinstate border controls with Sweden and step up police work along the border after a series of violent crimes and explosions around Copenhagen that Danish authorities say were carried out by perpetrators from Sweden.

The checks, which start Tuesday for six months, will take place at the Oresund Bridge between Copenhagen and the Swedish city of Malmo and also at ferry ports.

Lene Frank of Denmark’s National Police said there will be both random and periodic checks of people crossing the border and officers will focus “particularly on cross-border crime involving explosives, weapons and drugs.”

Since February, there have been 13 blasts in Copenhagen. Authorities believe an Aug. 6 explosion at the Danish Tax Agency “was committed by criminals that had crossed the border from Sweden.” Two Swedish citizens are in custody.

Denmark Justice Minister Nick Haekkerup has called a June 25 double murder – where two Swedish citizens were gunned down in suburban Copenhagen – “a showdown between feuding gangs from Sweden.”

On Saturday, one 15-year-old boy was shot dead and another 15-year-old was critically wounded in Malmo, Sweden’s third-largest city, which lies just across the water from Copenhagen.

The boys “were well-known to the police despite their young age,” senior police officer Stefan Sinteus told a news conference Monday. “It was a somber weekend.”

The shooting took place just minutes after an explosion in another Malmo district where a bomb set under a car detonated, destroying the vehicle and damaging other cars. Police said Monday that the blast could have been a diversion from the killing.

No one has been arrested in the Malmo shootings.

Police in Malmo – a Swedish city also hit by explosions and shootings between feuding gangs – will get extra officers to cope with the violence, said Carina Persson, the southern Sweden regional police chief.

Haekkerup said last month that the blast at the headquarters of the Danish Tax Agency and the twin murders in suburban Copenhagen were “examples of the serious crime that can flow over the border from Sweden. We will not accept that.”

He said the temporary border controls should protect Denmark against both “foreigners who do not live up to the entrance criteria and foreigners who may intend to commit serious organizes crime or terror in Denmark.” 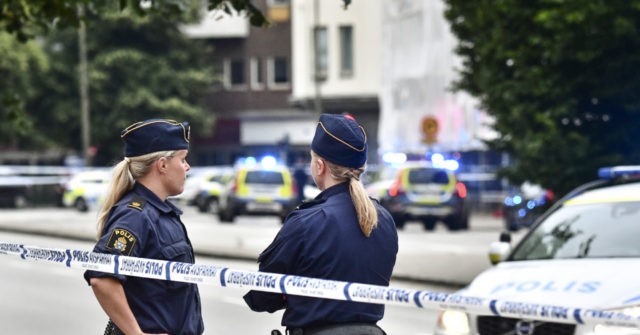 Denmark will temporarily reinstate border controls with Sweden and step up police work along the border after a series of violent crimes and explosions around Copenhagen that Danish authorities say were carried out by perpetrators from Sweden.

Further proof that Sweden is fast approaching becoming a third world shithole in record time. When you take in third world people, you end up with third world problems.

Seriously. What is it going to take for Western countries to just say “fuck all this” and just start deporting these people. They only have the rights that we decide to give them. We can take away those rights at any time. Everyone knows that people have been abusing refugee status pretty much everywhere that hands out free shit. Time to end the madness.

Too late. They need to cut the cancer out if they want to stop it from spreading. It’s the only way to save the body.