“President Trump’s 2020 election strategy relies largely on the white, working-class base that he excited in 2016. But he faces a demographic challenge: The electorate has changed since he was last on the ballot in ways likely to benefit Democrats.”

Basically 2020 could be the beginning of permanent single party dominance especially considering that Trump’s economy isn’t benefiting anyone but the rich, Dems will exploit that. 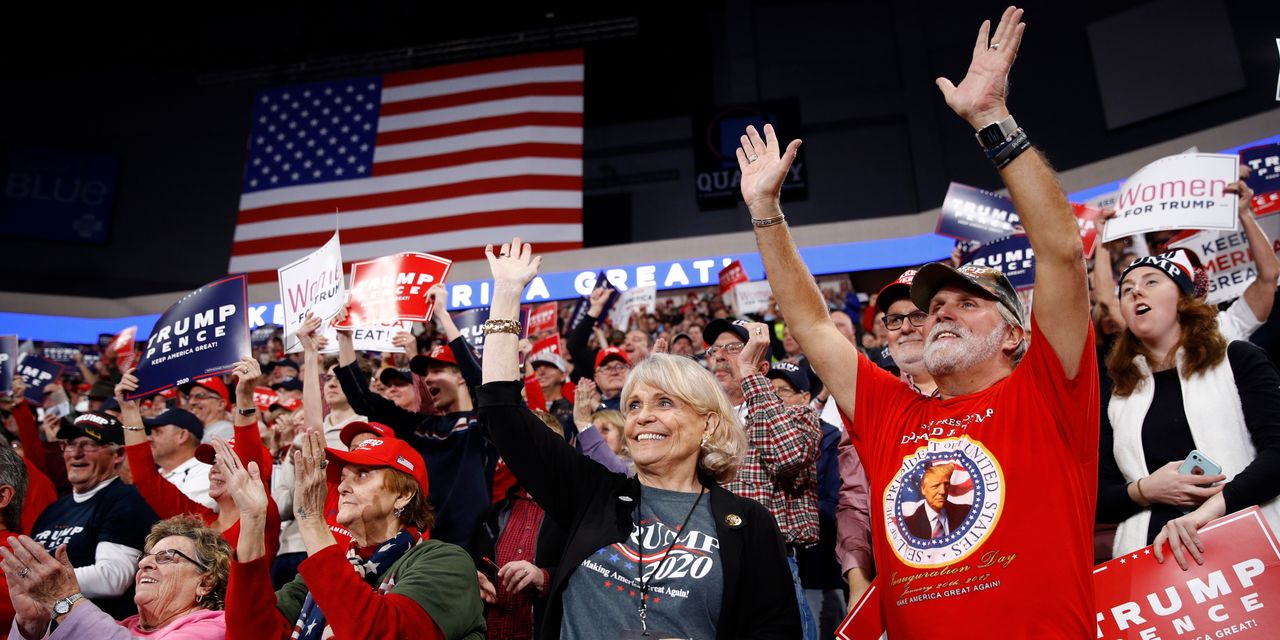 President Trump’s 2020 election strategy relies largely on the white, working-class base he energized in 2016. But the electorate has changed since he was last on the ballot in ways likely to help Democrats.

We see that it doesn’t matter who is voted for because all roads lead to the same thing.

If the Dems get in in 2020, European-Americans have a decision to make - either rise up and take power back or leave.

Never again will European-Americans have enough numbers to seize power through the polls and take back the country.

If they don’t do this they should serious think about leaving for Europe.

Yep, because Europe’s in such good shape.

Funny how this wouldn’t be an issue if Trump had just done what we elected him to do in the first place. Still waiting on those deportations which he does have the power to make happen, but doesn’t. Instead, it’s more troops to the Middle East.

Ok, I’d happily release anybody wanting to leave America who wishes to over the results of an election.

As former President Obama said, elections have consequences. An America largely devoid of the European-American population that built it would be an unfortunate place, indeed. However, there have been many times in the long history of the European people where we ventured far and wide, established civilizations, and returned home once those civilizations were overrun by outsiders. For the majority of world history, Europeans have been a global ethnic minority - as we are today.

Much of ICE’s funding has been used for the illegals and assylum seekers crossing the borders.

Over a million people are awaiting deportation as orders have been issues. No on available to round them up and deport them without funding. 3/4 million are close to receiving their marching orders with the same problem funding to round them up short them out.

A thank you to the democrats who direct funding to humanitarian neds instead of collecting and deporting.

Yep - and we should be holding the GOP members still in office responsible come 2020. We handed them a majority in the House, control of the Senate, and the WH and they squandered it because Trump wasn’t the Republican they wanted.

Now would be a good time to kick the doors in on Paul Ryan’s house huh?

I understand the angst over change, but it’s the only constant in the universe, adaption is the path of peace.

I’m afraid you’re going to need to be more specific than that. Are you referring to the demographic change as a result of unchecked migration and illegal border crossings taking place throughout the West?

Just a general observation that a segment of the population always thinks the old days were the “good old days”, and eagerly long for them, with great angst over what’s changing. It’s never been more apparent to me in my lifetime in America then it is now.

And my response to that is the quicker they get over it by adapting the better because it is a force that cannot be stopped.