Buried in the 1,800 pages of House Democrats’ $3 trillion coronavirus spending bill unveiled Tuesday is a provision that defers law enforcement action on those illegally present in the United States who work in jobs deemed essential.

In Section 191203, the bill states that through the end of the official Department of Health and Human Services-determined “public health emergency” plus 90 days after that, illegal immigrants are “authorized for employment.” Additionally, the bill says the “hiring, employment, or continued employment of an alien” is not a violation of the Immigration and Nationality Act, which makes it illegal for businesses to employ illegal immigrants.

The bill defines illegal immigrant essential workers as any type of labor or service deemed essential in an advisory memo issued by the Department of Homeland Security, which lists a sweeping range of industries such as food, energy, health, and manufacturing.

A 2019 Pew Research study found that about 11.3 million people are currently living in the United States without legal authorization. The Department of Agriculture estimates that more than half of the nation’s farmworkers are illegal immigrants.

This is not House Speaker Nancy Pelosi’s first push to make special rules for illegal immigrants during the coronavirus outbreak. In early May, Pelosi argued that any guaranteed monthly income plan or stimulus cash that Congress works on should apply to illegal immigrants with tax ID numbers or families with “mixed” immigration status.

Sad what they put in a bill that is suppose to help the American people.

“We are well-served if we recognize that everybody in our country is part of our community and … helping to grow the economy. Most of what we are doing is to meet the needs of people, but it’s all stimulus, so we shouldn’t cut the stimulus off,” Pelosi said last Thursday.

The House is expected to vote on the bill Friday, but Republican Senate Majority Leader Mitch McConnell is not expected to push the measure forward in the Senate.

Some of the PORK in the pelosi scam:
The bill would also bail out the U.S. Postal Service with $25 billion without requiring any long-needed internal reforms, give a huge tax break to millionaires in blue states, spike voter fraud in 2020 elections by requiring mail-in ballots with no voter ID, release illegal entrants to the United States, send $100 billion to bail out large hospitals at the expense of smaller ones getting crushed by coronavirus shutdowns, and give coronavirus helicopter cash to foreign citizens who are illegally inside the United States.

It would also send $10 million each to the National Endowment for the Arts and National Endowment for the Humanities, not exactly agencies positioned for coronavirus treatment. The bill would give the Environmental Protection Agency $50 million for “environmental justice grants,” $1.5 billion to closed schools and libraries for internet access even though almost everyone in America owns an internet-accessible smartphone, $21 million extra to “[fish and wildlife management] 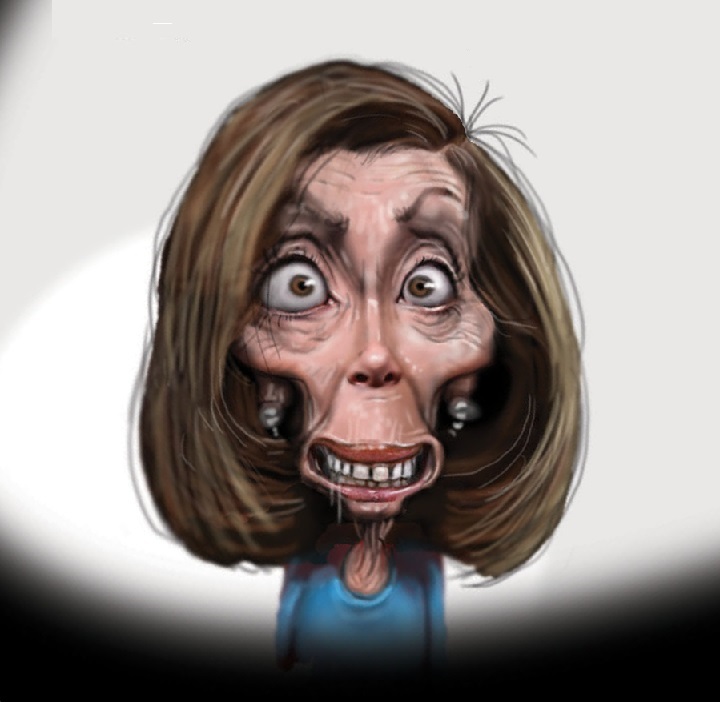 Thousands of Americans are out of work and they are trying to pull this shit? Here’s a thought…not a single illegal alien is an essential worker. Not when there are millions of Americans who can take those “essential” jobs and support their families.

I am so sick and tired of OUR elected representatives spending OUR tax dollars representing the interests of FOREIGNERS living in OUR country illegally. When are they going to do their job and PROTECT THE AMERICAN PEOPLE!?!

“It is imperative that we address the needs of the American people with clarity on how we proceed,” Pelosi said on Tuesday afternoon. “That is why today House Democrats are introducing the HEROES Act, named for our heroes, whose provisions are largely based on the four previous bipartisan bills we have passed. The HEROES Act focus on three pillars, opening our economy safely and soon, honoring our heroes, and then putting much needed money into the pockets of the American people.”

The HEROES that should be given this are our nurses and doctors. The Emergency Responders who have been on the front line battling this virus. NOT the “illegal immigrants”. They are not heroes according to the American people. They are exactly what they are - illegally staying in our country - free loaders!

President Donald Trump has recently weighed in on the matter, tweeting, “Republicans should fight very hard when it comes to state wide mail-in voting. Democrats are clamoring for it. Tremendous potential for voter fraud, and for whatever reason, doesn’t work out well for Republicans.”

They have been well known for this - just look at California and Florida.

Over 28 million ballots have reportedly gone missing over the last four election cycles, which has raised concerns among those who value election integrity due to fears that mail-in voting could increase voter fraud. 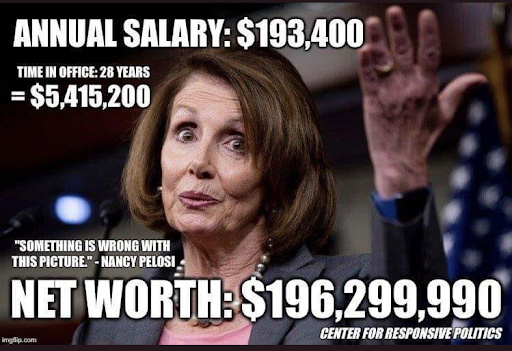 If we cannot (or simply will not) enforce our borders, then we are not really a country, in any meaningful sense of the term; we are just a large land mass, between two great oceans.

Of course, the Democrats want very much to encourage illegal “immigration” (and one uses the term, “immigration,” quite loosely here), since that is really the only way that they can remain viable as a political party, and thereby win future elections…

There is no such thing as an essential illegal alien. They are criminals and the only thing we should be doing to them is locking them up and deporting them.

illegal immigrants are “authorized for employment.” Additionally, the bill says the “hiring, employment, or continued employment of an alien” is not a violation of the Immigration and Nationality Act, which makes it illegal for businesses to employ illegal immigrants.

That is some seriously convoluted logic.

Sad what they put in a bill that is suppose to help the American people.

Sad that anyone would support something that is contrary to helping the American people. Yet, they are out there in droves thinking like checker players when 3-D chess needs to be played if they want to keep their lifestyles/freedom.

The bill would also bail out the U.S. Postal Service with $25 billion

My neighbor, originally from Massachusetts, has worked all of his life at the postal service just waiting on that big pension payday.

He bragged to me once on how he only had to pay $25.00 for the birth of his children because his insurance was so great.

I’ll bet he can’t wait to vote for Biden

I am so sick and tired of OUR elected representatives spending OUR tax dollars representing the interests of FOREIGNERS living in OUR country illegally. When are they going to do their job and PROTECT THE AMERICAN PEOPLE!?!

Think of this: Pelosi is 3rd in line for the Presidency.

275K people could decide for millions the fate of our country should something like COVID-19 take out our President and Vice President. Or render them incapable for a period of time.

The ONLY reason why Pelosi and her minions (and yes, that also includes the four clowns) are trying to push their agenda in all these bills is because they know come November, they will lose the House and never regain the Senate or Presidency. Even those clowns in California are running scared that their days are numbered in the California Legislature as well as many mayoral positions and county seats!
And I am betting you, when Trump wins the 2020 Election; he will tell Pelosi to pound sand!

We see where the demonrats loyalties lie , they lure them with tales of free ,free ,free . Trump needs to cut federal funds to ALL sanctuary States . NO BAILOUTS FOR BLUE !

My state, Florida, is rocking.

Can you imagine if the democrat turd Gilliam had been elected? OMG.

The states that continue to shut people down should get ZERO.