Democrats Block COVID Testing Mandate for Illegals: ‘They Have Rights’

House Democrats on Wednesday blocked a bill that sought to require illegal aliens pouring across the border to receive a mandatory COVID test.

“Today, I offered my REACT Act on the House floor, which would require DHS to give a COVID test to everyone crossing our border illegally,” Representative Mariannette Miller-Meeks, the author of the REACT Act, tweeted.

“The majority chose to block this commonsense bill that would ensure the health and safety of border patrol and border communities.”

Speaking on the House floor about her bill, Miller-Meeks declared “I have traveled to the U.S.-Mexico border twice this year. On both trips, I spoke with the brave men and women serving in Customs and Border Protection and also the physicians that are stationed there. I saw firsthand the crisis they are facing. I believe that it is our congressional responsibility to address this and support our officers.”

Townhalls Miller-Meeks first introduced the REACT Act in March of this year, but House Democrats blocked it then, too. Since its introduction, more than 950,000 illegal immigrants crossed America’s southern border, yet Democrats in the House nor President Joe Biden will admit the gravity of their border crisis or its impact on the health and safety of Americans.

As Department of Homeland Security Secretary Alejandro Mayorkas himself admitted recently, the 15,000 migrants who crossed illegally into Del Rio, Texas, did not get tested for the Wuhan coronavirus before being released into the United States, nor were they subject to vaccine mandates.

In her floor speech in support of the REACT Act, Miller-Meeks also reminded her colleagues of a report from the DHS inspector general that urged more be done to prevent the border crisis from becoming more of a health crisis:

To quote directly from the report: ‘CBP does not conduct COVID-19 testing for migrants who enter CBP custody and is not required to do so.’

The report further stated that: ‘We recommend DHS reassess its COVID-19 response framework to identify areas for improvement to mitigate the spread of COVID-19 while balancing its primary mission of securing the border.’

Currently, everyone legally entering the United States by plane is required to display a negative test for COVID-19. Why aren’t we requiring this of those coming illegally?

Miller-Meeks continued noted that “numerous public health officials, and I am one, have said that the failure of U.S. authorities to test adult migrants for the coronavirus in jam-packed border processing centers is creating a potential for new transmissions, including among migrants who may have arrived healthy at America’s door.”

The Democrats’ double standard on Wuhan coronavirus prevention protocol could not be more obvious. As Democrats on Capitol Hill and in the Biden administration roll out vaccine mandates for foreign travelers who come to the country legally and require tens of millions of Americans who work for the government or private companies to get vaccinated, they somehow turn a blind eye to the public health crisis brewing amid the illegal immigration crisis along our southern border.

Why are there so many ships being forced to anchor outside of ports?
Why are grocery store shelves so empty?
Why are prices reaching record highs?

In reality, the Biden administration has maintained the same procedures for COVID-19 testing in detention facilities that were in effect during the previous administration.

Nothing in the Biden administration’s policy indicates a break from the standing policy on COVID-19 testing, Josiah Heyman, director of the Center for Interamerican and Border Studies at the University of Texas at El Paso, told us in a phone interview.

I think a cheap lead vaccination of all illegal scumbags would do the trick.

That won’t happen either….

Yeah, they’re the " NEW AMERICANS" Where is Dr.Mengele when he’s needed at the border.

Why are there so many ships being forced to anchor outside of ports?
Why are grocery store shelves so empty?
Why are prices reaching record highs?

BIDEN and the demoRATS !!! 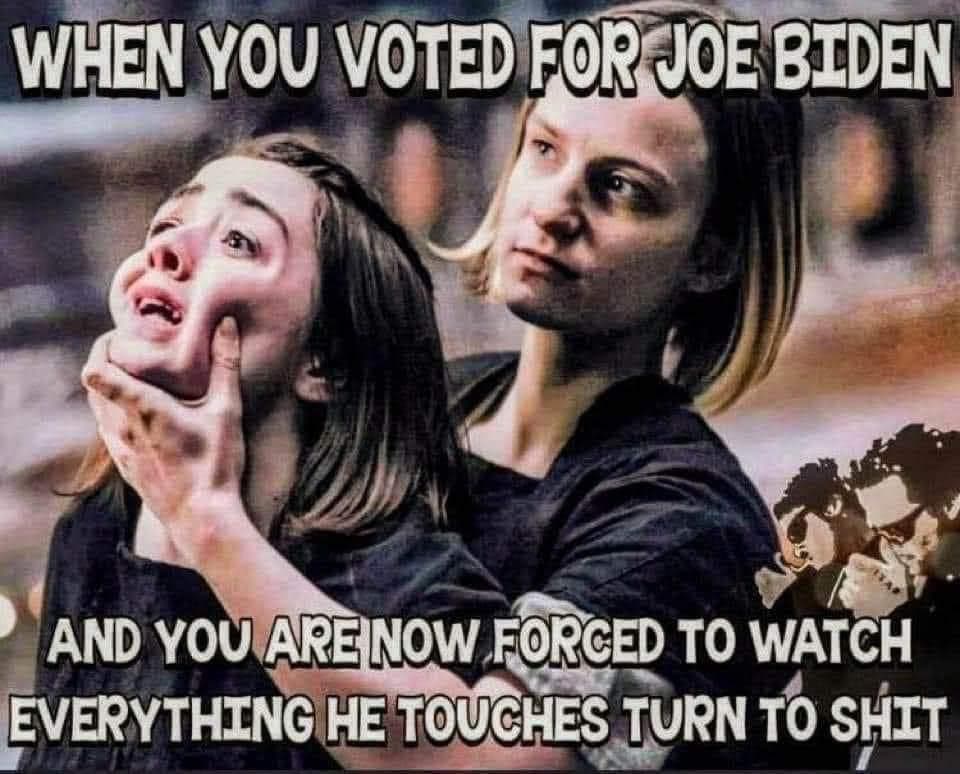 Can you read???
House Democrats on Wednesday blocked a bill that sought to require illegal aliens pouring across the border to receive a mandatory COVID test.