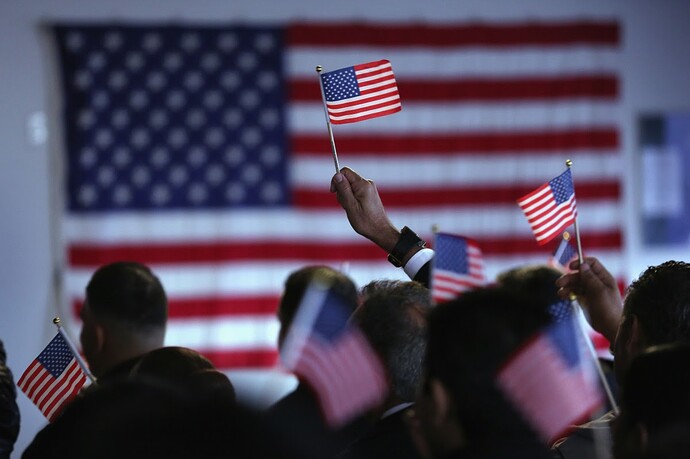 We need to ask ourselves one essential question. Are we really living in a Democracy that is deserving of that noble title?

When machines are devised by corporations and used by our government that can be purposefully hacked without a trace to alter the Democratic process, are we living in a true Democracy? The Diebold Corporation doesn’t make mistakes like that by accident. Let us not forget that they are the ones who make the ATM machines that you get your pocket money out of. Can you imagine?

When your President begins a campaign of torture against his enemies, is he living by the principles set forth by our Founding Fathers? You can sugar coat this one as much as you like, but the Vietnamese torturing our soldiers in Vietnam was wrong - even in war. Just like it was wrong for our government to authorize and implement these evil tactics in our subsequent pseudo-wars.

When your Defense Department ignores the rule of law created to keep it in check and begins spying on its own citizens (including Quakers), have we not stepped out of Democracy and into a dangerous and frightening Orwellian world? We have entered a world in which Big Brother can justify its acts by framing rhetoric that encourages fear in the hearts of its citizens. Is that Democracy?

When the words corruption, corporation and government become so intermingled in their modern definitions that it’s hard to see a much of a difference between them, are we living in a true Democracy? From the giant money laundering mechanism we call Iraq, to the bribes, payoffs and dirty tricks going on in Washington, this a system that no longer works to benefit the people. It is a system that squeezes Americans for every drop of trust and pride they have, until we the people are left empty - bitter shells of what we once were.

I refuse to be one of those people that shouts out a bunch of complaints without offering an alternative. The alternative is simple. If you have drunk driver that puts his car in a ditch, you call in a professional tow truck driver to pull it out. You don’t throw the drunk his keys and watch as he spins his tires while cursing and sputtering about. Unless you are just doing it for the comedy value, that approach doesn’t make much sense.

We the people need to start demanding the same freedoms we profess to be injecting into other counties - at their own peril and loss of life. We must stand up and demand a return to true Democracy. We need to construct a better Democracy that limits terms to all members of Congress and punishes them dearly for moving against the people’s best interests. They work for us damn it! They are not our masters - we are the masters of our own nation!

The first step in this process must be educating the ones who are blind to the fact that our nation has devolved into a Banana Republic where power is exchanged for currency at the highest levels. We must teach those blinded by imagined dreams of self interest that we have become a nation of fear, rhetoric and lies where Freedom and Democracy no longer matter except as words used to stir the emotional longing for ideals we once had.

We must wake up and tell those around us that we are not fighting a war against terror, but a war against the very freedoms and truths we hold dear. And we must take the keys away from the sputtering drunk, who has driven us into the ditch of deceit, coercion and propaganda we now find ourselves in. It is your responsibility as an American to help save us from the dark times that will come should we fail.

You must act in the simplest of ways or the grandest of ways to bring compassion and truth back to a mighty nation that has lost its way in the darkness. Every day, you must act for progress in this noble, American cause.

Or God help us all.

We have entered a world in which Big Brother can justify its acts by framing rhetoric that encourages fear in the hearts of its citizens. Is that Democracy?

When you consider this in the context of the NSA’s data mining program, it is clear we are looking at a department of pre-crime dedicated to convicting suspects of thought crimes.

Perhaps we have gotten the government that we deserve. There is no doubt that “Freedom isn’t free.” However it’s not just some anonymous member of the military that needs to pay the price. It is you. And me. No exceptions and no exemptions.

We are not a democracy ( see why Athens failed ) we are a Republic!

FISA requires a specific target for a warrant. If they a sucking up huge volumes of data and sorting through it, this can not be made to fit within the statute at all…and yet nothing has been changed even after all of these years.

The DC dirty secret on why they are data mining is for the purpose of selling that information for insider trading.

Over 3 decades ago, we watched smugly as the Kremlin came undone. Yet, somehow we believe ourselves to be immune from the rot that causes empires to collapse from within.

Most citizens of our moribund republic, because they’ve internalized the system, remain in denial regarding the authoritarian deathscape the nation has become. Moreover, they have nothing to contrast it with … What they feel is a sense of underlying unease which the consumer state (palliatively) remedies with meds and media distractions. What else could drive people insane enough to beat and shoot each other over consumer goods? Not to mention the emptiness and desperation involved with the compulsion to line up lusting after electronic junk in the first place. I just want to shout out to such folks – I’m so sorry your life has come to this.

To escape the knowledge of our enslavement and its concomitant sense of powerlessness, emptiness and hopelessness, we have become obsessed with the pursuit of piffle. Yet we cannot consume away the pervasive sense of unease. Moreover – following Eric Hoffer’s dire dictum – “You can never get enough of what you really don’t want” – we’re driven to “develop” more soulless subdivisions, open more lifeless Big Box stores and compulsively throw ourselves in to the thrall of even more mindless consumerism.

Awesome post and succinctly stated! Sadly it’s the truth we just haven’t looked at ourselves in the mirror enough to stop finger pointing as a means of self denial to really address our inequities in life to man up and take responsibility for them.

The surveillance state has come about mainly through natural market forces. The very same forces are now stirring once again to satisfy the demand for privacy. This is happening for a reason, which is that the Internet has been growing exponentially and also due to government whistle blowers, namely Edward Snowden.

In the beginning when all of the warrantless spying started, the internet had a relatively small user base, the invasion of privacy taking place was not a concern to most people and was actually considered a conspiracy theory. This was until the Edward Snowden revelations, which revealed that unaccountable agencies around the world, funded by governments, force technology companies to allow security holes in their platforms, giving these agencies the power to spy on all the users of those platforms. The general public was unaware of this. It was not announced. It was hidden. Intentionally.

The negative effects of mass-surveillance are now immediately observable and has had the effect of sterilizing ideas, hindering organic social movements and is a bridge to totalitarianism. Mass surveillance is sacrificing an essential aspect of a free society in exchange for a slight potential increase in security. It is throwing the baby out with the bathwater. Surveillance does not reduce the hatred against the West. Surveillance does not solve the problem. It fuels our decline.

The surveillance state has come about mainly through natural market forces.

There are few places you can go without being recorded by video systems.

Why are you presenting conspiracies in a science forum…@propagandist

Millions of people have those video systems with unimaginable numbers of hours recorded. You think there’s cops setting around looking at all that footage?

Here we have a well-articulated post that you can’t even muster a response to beyond some crappy one-liner about accusing the OP of writing a conspiracy theory. Wasn’t that long ago that Democrats were also concerned with the same thing. Funny how that tune has changed.

Some of his complaints have merit, but his first paragraph/topic, is not based in fact…

Yeah - and you ignore the multiple long paragraphs about illegal government spying and torture because of one paragraph that you happen to disagree with. I love how easily Democrats will abandon their entire belief system because someone who shares a similar (but not the same) belief system isn’t in lockstep.