This bit of news really caught me by surprise today, but in a way I am rather happy about it because now it seems there is a shake up that is going on throughout the intelligence community with this announcement that Richard Grennell is now the new Director of National Intelligence. Some who maybe in the crosshairs may have that 45 next to them on their nightstand just in case. Just saying!

When Samantha Power is on twitter expressing her homophobia in opposition of this news, you know this was a very good decision.

The reaction the Samantha Power’s tweet is brutal! Seems she maybe lawyering up soon too! 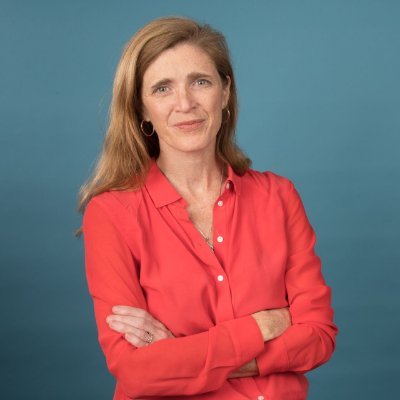 One by one, day by day, @realDonaldTrump is taking steps to destroy America’s fact-based institutions, at the same time he eviscerates rule of law. Appointing as @ODNIgov @RichardGrenell, who has politicized every issue he has touched & has contempt for facts, would be a travesty
1 Like
Ren February 20, 2020, 4:54am #2

So when they call Trump homophobic they must’ve forgotten that Grennell is openly gay, a current ambassador, and now serving in an even higher position in the WH.

Wasn’t Samantha Power one of the people who was behind all of the unmasking that put loads of people directly in harm’s way?

Yep! You got that right! Her partner in crime was Susan Rice. If I were her, I would be keeping a low profile, but as you well know, sociopathic ideologues can’t help themselves!

Gay or not I like Grinnell. I think I’d rather see him at State or even CIA but he’s a perfect election year pick.

Yeah - as long as he is delivering results and isn’t virtue signaling about how we all must be obsessed with his sexual choices…I just don’t care.

Unfortunately the Deep State dogs will find ways to undermine his authority so that democrats can howl at the moon.

This was an interesting article that was posted in response to this news! The author makes some pretty salient points as to what Grennell’s hire means in the bigger picture! We will see, but Samantha Power squealing on twitter should be telling in many respects and I would imagine the Bill Barr angle is also pretty interesting also and maybe after the election we might see another change at the AG position despite the recent hit piece by the Compost?

President Trump appointed Ric Grenell to the Office of the Director of National Intelligence and the surprise appointment begins immediately. Within minutes the media intelligence apparatus displayed apoplexy at the announcement.

All of the right administrative state interests are visibly triggered by the appointment; and it appears this could be a key turning point in President Trump’s push-back against the permanent intelligence apparatus that has targeted his administration for three years.

It does not seem accidental the appointment of Ric Grenell as Acting DNI comes after AG Bill Barr publicly displayed his weakness in managing the DOJ and FBI. When the U.S. Attorney General chooses to complain about POTUS tweets making it “impossible to do his job” via public statements, the underlying message is an AG unwilling to do his job.

The challenge for the Office of the Presidency has been executive leadership unwilling to confront visible corruption within the DOJ, FBI and Intelligence Community (IC).

The evidence of ongoing efforts to undermine the presidency have surfaced in everything from the FBI not addressing rampant politicization, to an Intelligence Community Inspector General (Michael Atkinson) willing to facilitate an impeachment effort.

Further evidence of continued institutional politics is visible within the dynamics at Main Justice, and internal issues around the Roger Stone prosecution and politicized sentencing recommendation. Despite grand prose, and looking beyond words, AG Bill Barr has done little to impede ongoing corrupt endeavors within the DOJ and FBI.

He talks a good game, but actions speak louder than words.

The only corrective action taken by Bill Barr has been when a corrupt DOJ issue is so well known and unavoidable that covering up the issue is no longer an option (Liu). Despite requesting, and receiving, unprecedented executive authority to review all intelligence information and agencies (May 2019), no corrective action is visible; and, as noted in the example of the ICIG impeachment effort, the corrupt systems continue unabated.

There has been an IG report on FBI conduct showing evidence of DOJ/FBI politics in the Clinton investigation (Mid Year Exam). That report showcased members of the FBI taking gifts in exchange for media leaks; yet those leaks continue – nothing done.

There has been a scathing IG report on the action of Andrew McCabe highlighting instances of lies under oath to investigators; again – no consequences.

There has been an IG report on James Comey mishandling of classified information and illegal leaks to the media; again – nothing done. There was a separate break-out report on Comey’s creation and political use of his office and written memos stored in secret files in his home. As outlined during visits by FBI agents the FBI Director kept the memos hidden and never informed the investigators. Result: nothing done.

There has been an OIG report on FISA abuses, which overlaps all four prior DOJ-IG investigations since January 2017. That report showed the construction of specific false documentation to achieve a political agenda and illegal surveillance warrants by lawyers within the FBI…. The result, the OIG says with straight face they cannot determine if political bias was part of the motivation or decision-making; ergo, nothing done. [Yet]

Worse still, the OIG FISA report is a great example of AG Barr reviewing in advance information within a report; and yet the report itself is fraught with contradictions, irreconcilable claims, examples of non-corrected abuses and was even modified after publication to remove evidence damaging to the institutions and participants.

With all of this in mind it is no surprise to see President Trump tweeting a little frustration when contrast against another blind Attorney General praising current DOJ and FBI officials; who have done nothing, except talk, while stacks of IG reports containing evidence of corruption -from 3 years of investigation- sits on office shelves gathering dust.

Knowing an alignment of Legislative Branch and Executive Branch politicians and officials continue to work toward his removal; and understanding the same institutions that need to approve of nominations of executive officers, ex. the Senate Intelligence Committee, are the very same institutions participating in the ongoing removal effort; the dynamic of the Deep State protecting itself is very real.

The legislative branch has created an internal system of checks and balances where their oversight gets to check, approve or deny, anyone who would be a threat to their power. It really is a remarkable constitutional breakdown within the framework of government.

This is the accurate backdrop to consider President Trump appointing Ric Grenell to the Office of the Director of National Intelligence. However, this appointee will now have the full and focused attention of the SSCI and Intelligence Community, the Eye of Sauron . 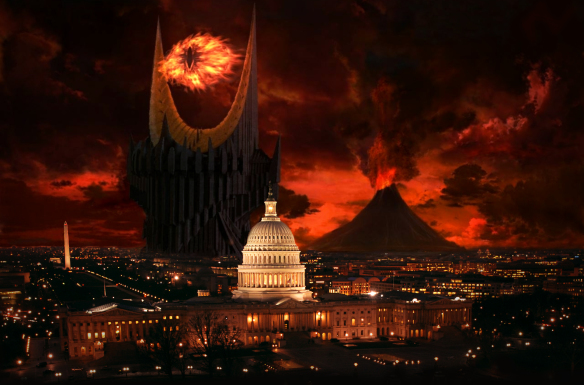 Those who trade the currency of power within the institutions of the deep administrative state will align in common cause against DNI Ric Grenell in the same manner they are aligned against President Donald J Trump.

There is no boundary to the weaponry they will deploy. There is no upper or lower limit to the lies the resistance can/will create. The DC Orcs will attack this DNI relentlessly.

History may likely identify Grenell as the first President Trump appointment who did not come from the controlled files of those around the oval office selection processes.

When CTH first used the term “Big Ugly” in 2016, it was written from the context of outsider Trump eventually having to take on the UniParty establishment, that includes both Democrats and Republicans. When the institutions of DC power are threatened, pretenses of political parties are dropped. Institutional preservation becomes paramount because all downstream indulgence is connected to the same trough of power.

Washington DC is a business enterprise; not a currently functioning government.

There are trillions at stake. 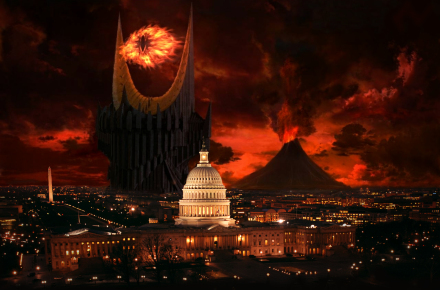 President Trump appointed Richard “Ric” Grenell to the Office of the Director of National Intelligence and the surprise appointment begins immediately.  Within minutes the media intelli…

This also gets more interesting by the day, but the expectations are that justice will be delivered!

There must be JUSTICE. This can never happen to a President, or our Country, again! twitter.com/RepLeeZeldin/s…

Yes she was…hundreds of unmasking but yet she claimed she didn’t…others did using her name. At least that’s what she claims anyway.

Oddly enough most of them came in last 6 months of Obama ministration.

Bolton when he was in her position years ago unmasked 2 people.

If that were in fact true it would be an even bigger scandal and Powers herself would be leading the charge to out and prosecute those who did so.

Well according to Trey Cowdy in her testimony to house oversight committee. 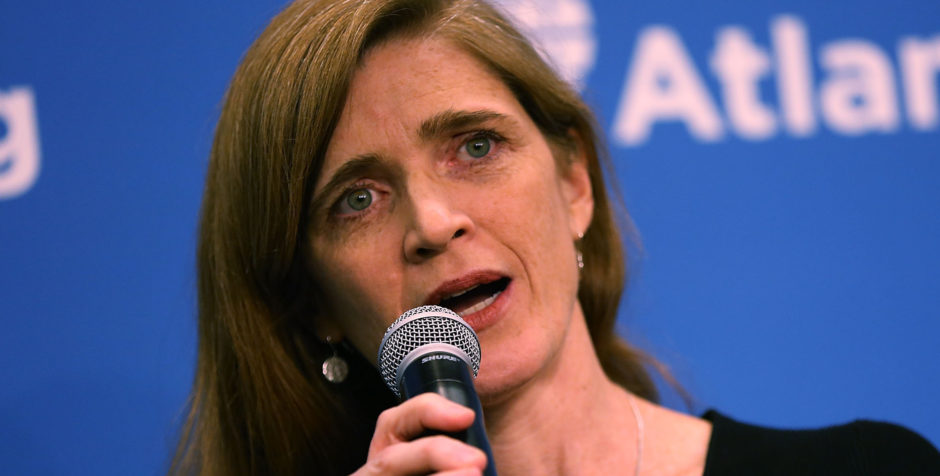 They were unmasking about 1 a say for every work day during 2016.
Think about that for moment…United States ambassador to UN.

If I remember correct Bolton unmasked 1 during his entire term.

If you’ll remember right Obama during his last two years expanded dramatically the number of people who not only had access to FISA information but the ability to unmask protected individuals and lowered the criteria for when they could be unmasked.

As many of us suspected at the time it was nothing more than a move to make it even harder to trace leaks of classified info/intel and to enable the abuse of the Trump campaign and then administration.

Actually that was after Trump won the election in Nov.

Broadening the access started a couple of years earlier. Not sure of the exact timeline as far as expanding who had the authority to unmask individuals.

No…you think Obama would open himself up to that on himself…come on now. 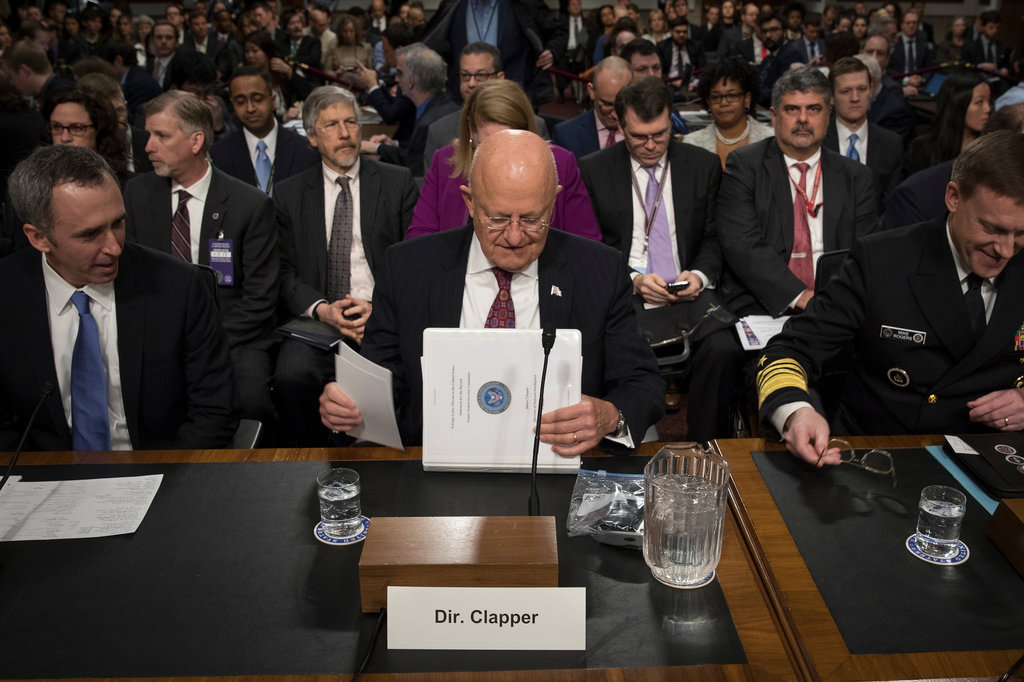 New rules relax longstanding limits on what the National Security Agency may do with the information gathered by its most powerful surveillance operations.

Post the entire article in case some here aren’t able to read it.

If this is no no here hopefully someone here can correct me.

WASHINGTON — In its final days, the Obama administration has expanded the power of the National Security Agency to share globally intercepted personal communications with the government’s 16 other intelligence agencies before applying privacy protections.

The new rules significantly relax longstanding limits on what the N.S.A. may do with the information gathered by its most powerful surveillance operations, which are largely unregulated by American wiretapping laws. These include collecting satellite transmissions, phone calls and emails that cross network switches abroad, and messages between people abroad that cross domestic network switches.

Attorney General Loretta E. Lynch signed the new rules, permitting the N.S.A. to disseminate “raw signals intelligence information,” on Jan. 3, after the director of national intelligence, James R. Clapper Jr., signed them on Dec. 15, according to a 23-page, largely declassified copy of the procedures.

They were worried about raw data slipping thru the cracks…what they really worried about getting busted for leaks. Make it all that much harder to track down…and allow them to cross reference conspiracies between those agencies.

Exactly, the more compartmentalized intel and information remains the easier it is to identify leaks.

It was signed in Dec 15 2017…little more then month before Trump to take over.

Don’t forget the other unmasking that was being done through the FISA court by third party Contractors. It was being done at such an unprecedented rate that Admiral Rogers had to shut it down. Without his actions which unfairly drew the ire of Obama’s henchmen to the point he was forced into early retirement none of this may have not been known publicly and IMO he is a true Patriot and an American Hero!