Decorated Navy SEAL rejected by the FDNY for being 'too old' 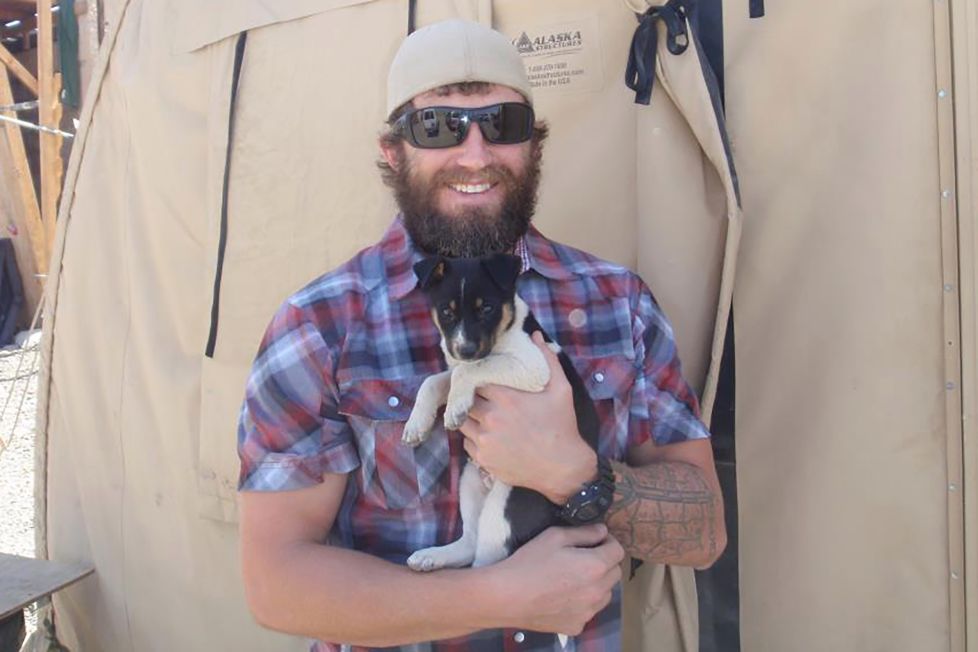 I think this is a bunch of shit. I am the exact same age as this guy and have been in the same boat with police and fire departments. I get rejected because I’m too old. The reality is I can destroy most 20-something video game addicted turds in my sleep who are eligible because of their age but can’t lift a 50lb dumbbell without a struggle or two hands.

People are living longer and staying active. I think the laws need to be changed on this, especially for veterans.

This Navy SEAL is defending our country against terrorists, but the FDNY says he’s too old — by six months and 25 days — to become a city firefighter.

Special Operations Chief Shaun Donovan, born on September 11, 1981, was inspired to join the US war against terrorism after the 9/11 attacks. He enlisted after graduating from college in 2005, and has since served four combat tours in Iraq and Afghanistan, earning medals for valor.

While born and raised in Tucson, Ariz., his parents hailed from Staten Island and always talked about New York, Donovan told The Post.

“I always had this draw to the city, this connection, even though I never lived there,” he said. “When 9/11 happened, I knew I had to do something about it.”

With his military stint ending in 2020, the war hero hoped to pick up his public service in the FDNY, which lost 343 firefighters on 9/11.

Brooklyn firefighters, now pals, once gave his SEAL unit a piece of WTC steel as a memorial. Donovan sports a WTC tattoo.

“I believe in the city, I believe in its values and its people. I want to do my part to keep it safe,” he said.

Unable to come to New York for the firefighter exam last year while assigned to the Naval Special Warfare Basic Training Command, Donovan asked the city Department of Administrative Services for permission to take a make-up test.

His Sept. 6, 2018 email to DCAS included his date of birth. DCAS approved his request.

Donovan then used military leave to fly from San Diego to NYC — twice — paying $1,331 out of pocket for airfare alone.

He took the written firefighter exam on Oct. 25, scoring in the top 1 percent of 43,900 candidates. He returned Jan. 1. for the Candidate Physical Ability Test, a pass/fail test with eight tasks such as stair climbing, hose dragging, and ladder raising. He passed.

On Feb. 1, an FDNY background investigator told him he didn’t qualify because of his age.

The firefighter “notice of exam” states that candidates must not reach age 29 by the start of the application period, April 5, 2017, but can add up to six years if serving in the military.

That made Donovan’s limit 35 years old. He was six months and 25 days over.

“It was a letdown,” he said. “I was allowed to apply and take the test. At no point was I made aware I was outside any age limit. It just seemed everything was lined up and ready to go.”

DCAS spokeswoman Jacqueline Gold said the department does not verify ages, but leaves it up to the FDNY.

“It is always painful for the city to have to reject a job candidate, especially one who is serving to protect our country. However, the rules cannot be changed for one person,” Gold said.

The FDNY has hired many firefighters in their 30s and 40s — blacks or Hispanics a federal judge deemed victims of discrimination.

One of them, Hazim Tawfiq, joined at age 44, after first being rejected for having a rap sheet that included gun possession and beating subway fares. The department cited a lack of “good character” and “moral integrity,” but relented because Tawfiq was in the federal suit.

Donovan, now 37, has appealed to the city’s Civil Service Commission. If rejected, he may file suit, said Kevin Carroll, of law firm Wiggin and Dana, which is representing Donovan pro bono. 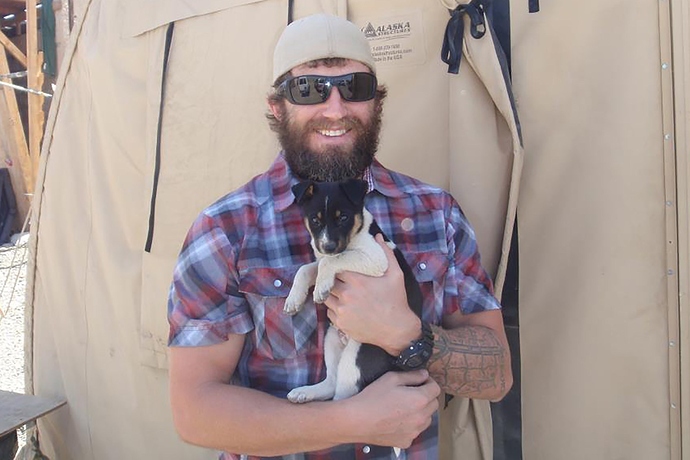 Decorated Navy SEAL rejected by the FDNY for being 'too old'

Special Operations Chief Shaun Donovan is defending our country against terrorists, but the FDNY says he’s too old — by six months and 25 days — to become a city firefighter.

Cucked city. He’d be better off not defending those limousine liberals from fire.

Yeah this is dumb. Dude is an Active-Duty Navy Seal. He’s going to retire from the military in his prime as far as I’m concerned. No need to waste away behind a desk just because he’s approaching 40.

I got a real world example. My dad is 64 and started going to the gym when he turned 50. He can bench more than me and I’m 44. He has no problem picking up the young ladies either. My mom passed 16 years ago from pancreatic cancer. Dad started dating again in his late 50s and frequently associates with 20 and 30 somethings from the gym. It’s awkward as hell but I’m sure the old man could probably put 20-something males to sleep on a fire/cop fitness test.

Couldn’t he win in court? If he can do the job, on what legal basis can they deny his application?

He likely won’t win in court on the basis of discrimination. Age discrimination is only recognized if it can be proved to have occurred against someone who is 40 or older.

Do they make their firefighters retire at 40? If he’s unfit to serve at 40, so are the rest of them.

Looks like mandatory retirement age is 65. This guy could join up at 45 and still get his 20. So blocking him is totally pointless. 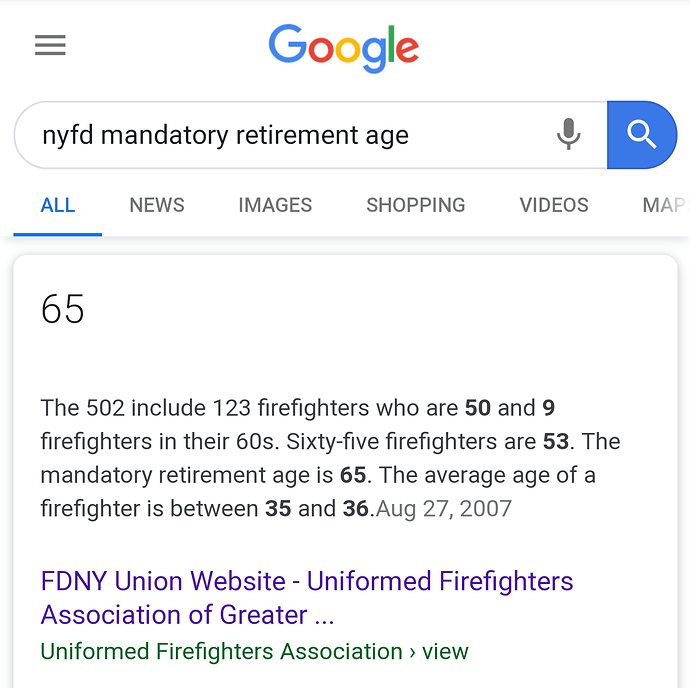 I bet if he was a visible minority , gay, transgendered or any of the other 59 genders except CIS , they would have hired him/they/her/it on the spot.

No but then that’s actually the key.

In reality his body will probably start failing slowly overtime beginning at about 45-50.

FD’s and PD’s are looking for people who will be with their organizations at full mental and physical capacity for 20-30 years.

To avoid lawsuits they can’t ignore or change long existing policies to make an exception for one man no matter how qualified or otherwise fit for the job.

Between the two he’s just screwed but should be able to get on somewhere in a smaller town with less stringent hiring criteria.