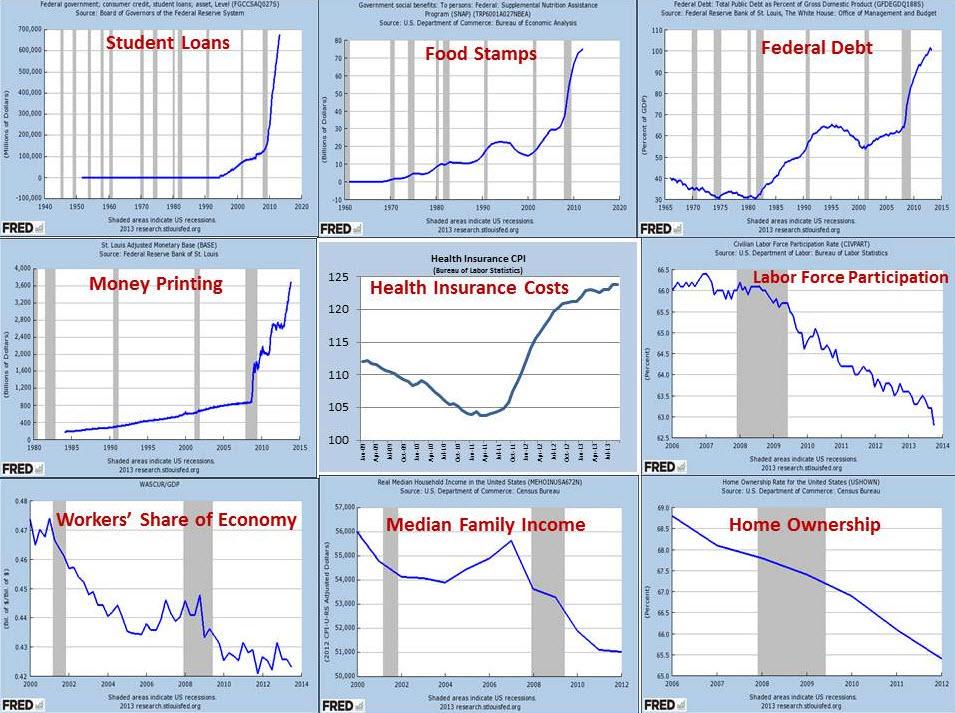 The United States no longer has the most competitive economy in the world, according to annual rankings compiled by the Switzerland-based business school IMD.

To determine the results, the study incorporated 235 indicators from each of the ranked 63 economies, taking into account statistics like unemployment, GDP and government spending on health and education, as well as issues like social cohesion, corruption and globalization.

The Asia-Pacific region emerged as a contender for competitiveness, with 11 out of 14 economies either improving or holding their ground, led by Hong Kong and Singapore. Indonesia leaped 11 spots to 32nd – the biggest improvement in the region, thanks to increased more efficiency in the government sector and improved infrastructure.

Of-course, what the mainstream media will always leave out is the problem with the ever-increasing amount of insolvent debts, whether national debt or governmental debt. You cannot create a whole economy based on endless debt, and rely on more and more debt to keep the whole system afloat forever. That is considered, by most educated economists, to be failed third world economic ponzi schemes and has never ended well for any nation on planet Earth who has adopted this third world policy! Perhaps one day Americans will finally point their fingers at the real problem? The corrupt insolvent ever-growing government and the central banking system? Only time will tell.

Faced with crushing student loans and little ability to repay them, some Americans have taken to fleeing the country in order to escape their debt, according to CNBC’s Annie Nova.

“It’s kind of like, if a tree falls in the woods and no one hears it, does it really exist?” said 29-year-old Chad Haag, who relocated from Colorado to a jungle in India to avoid paying his $20,000 loan balance. “I’ve put America behind me,” said Haag - 9,000 miles away from home.

Today he lives in a concrete house in the village of Uchakkada for $50 a month. His backyard is filled with coconut trees and chickens. “I saw four elephants just yesterday,” he said, adding that he hopes never to set foot in a Walmart again. - CNBC

That said, it hasn’t all been smooth sailing - including finding acceptable loos to poo in. “Some toilets here are holes in the ground you squat over,” said Hagg, who added that he recently ate spoiled goat meat at a local restaurant, landing him in the emergency room. Still, he insists "I have a higher standard of living in a Third World country than I would in America, because of my student loans."

The U.S. was still even in the ranking? I thought the U.S. was competitive in the 90s and since then has just been galavanting throughout the Middle East yelling “I’M RELEVANT” while having a toddler hissy fit over anything that has oil. 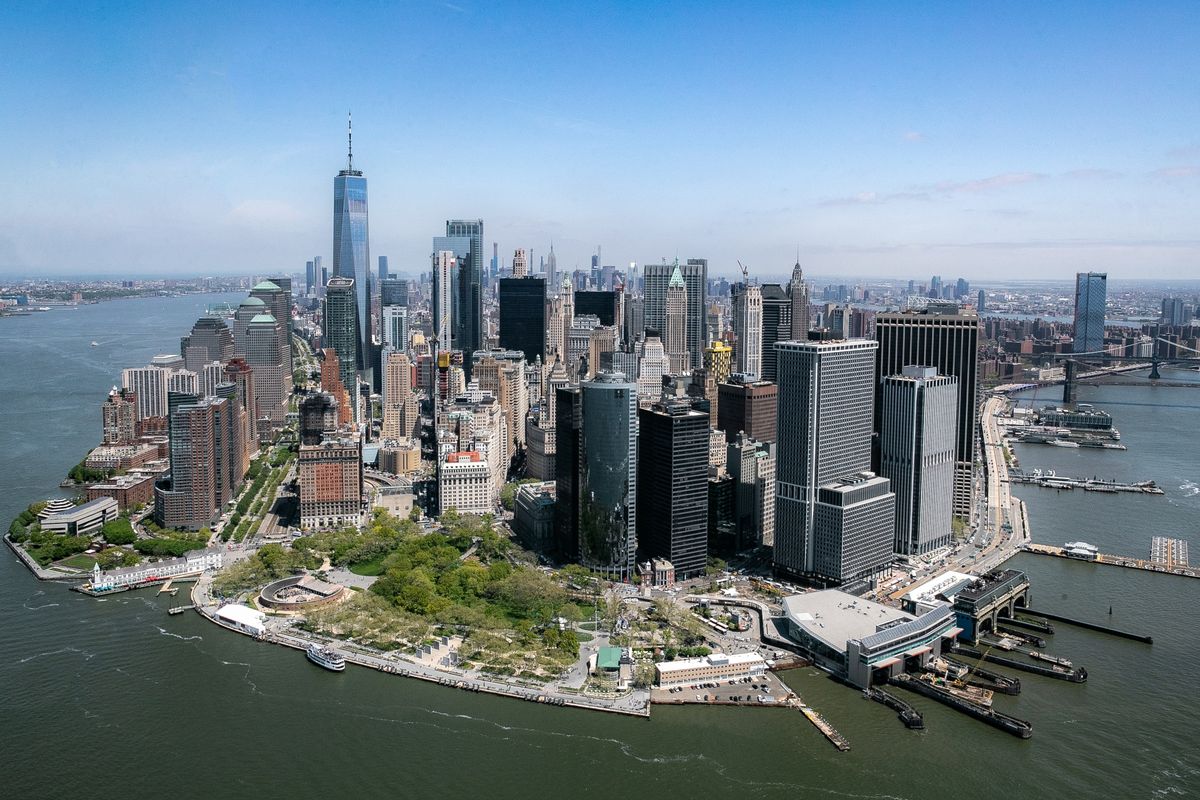 Singapore leapfrogged Hong Kong and the U.S. to take the top spot among the world’s most competitive economies for the first time in nine years. 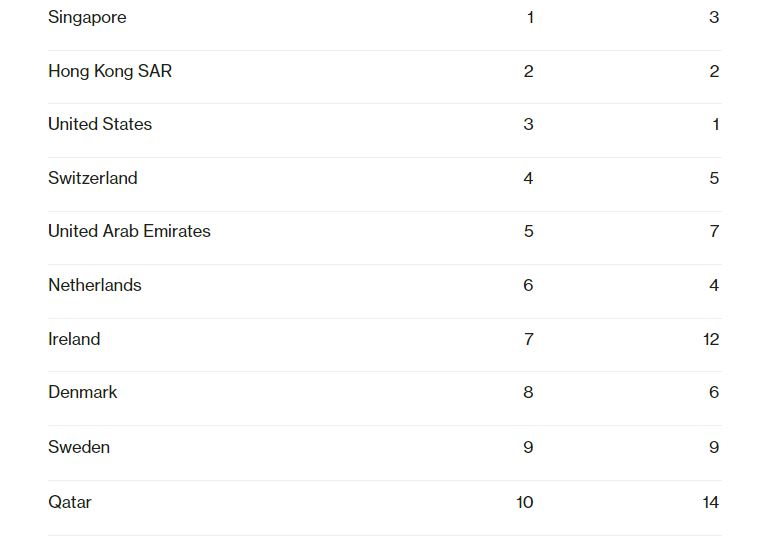 I will predict that either Singapore or Hong Kong will dominate for the rest of the 22nd Century. The U.S. will stay in the top 5.

There are three horrible policies America has adopted that has destroyed all trust and integrity of the free market system (which has become obsolete).

With a combination of incompetent government, corrupted politicians and mindless consumerism/legalized loan sharking schemes (or usury), this nation is now descending into third world abyss! There are many other problems, like endless war policy and wasted/failed expenditures, but those three policies are particular to these articles in the OP.

Ever since having become a debtor nation beginning with Reagan, we’ve been on this down hill spiral. Of course Trump was going to break the cycle, pay off the ND and run balanced budgets because it is so easy…

Correct, the president’s own people have declared such.

I submit that the expectation is for these tariffs not to be “long run” issues, but that the other countries will buckle.

At least, that’s the expectation.

Mighty optimistic of you!!!

China is in more debt than the USA btw 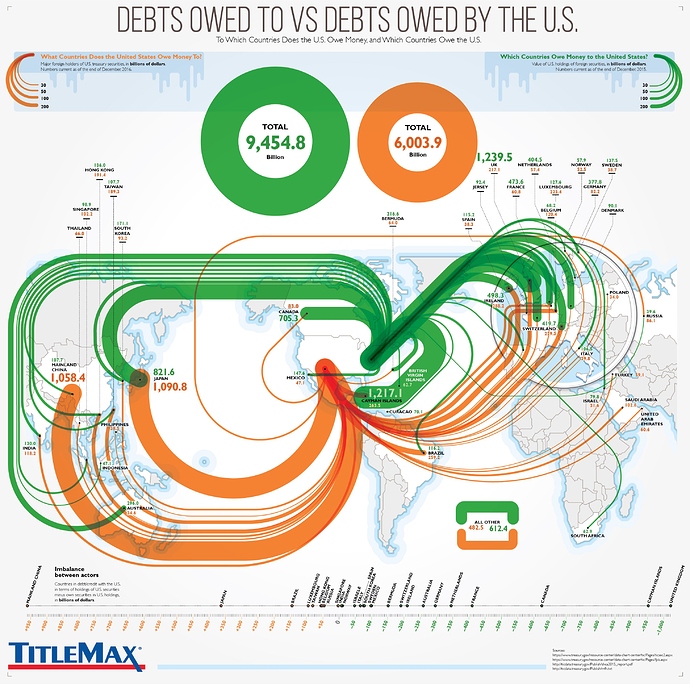 Ever since having become a debtor nation beginning with Reagan

And his “free trade” policy was the major factor , the need to exploit turd World labor and idly allow the trade cheaters to dump their goods with no care in the world . Tariff were needed then and are needed NOW !

The US should call in every unpaid debt ( with interest ) from the past 100 years. That should amount to a few hundred trillion. If you or I reneg on a debt, there’s a knock at our door; but if it amounts to 100s of billions of taxpayer money handed to the world’s parasites, not a peep.

And Trump was going to pay off the nationals debt in eight years.

Obama DOUBLED the national debt. In 8 years he put us in more debt than all other presidents combined. Under Obama our credit rating was lowered for the first time in history. That filthy Kenyan socialist pig made a mess that is almost impossible to clean up. Trump is trying to fix it but is getting no help at all, thanks to the Democrat lowlife vermin in the House

If you or I reneg on a debt, there’s a knock at our door;

What about our own debt? The interest is barely serviced. Have you seen how much it’s increased under Trump already. Remember when Trump was campaigning and making such a big deal about how the debt had grown during the Obama administration, promising that he’d pay it off and run balanced budgets lmao!!!

Now then it’s swelling during his administration and SUDDENLY ITS ALL CRICKETS!!! He NEVER even mentions the ND.

Democrats don’t give a rat’s ass about America or Americans. They are bloodthirsty, power-thirsty fascists

That’s just patently false, democrats are one side of a coin, and the other side is republicans. Both Americans with an interest in the welfare of their families and country. The problem is that most Americans are moderate centrists that have ceded ground to the loud mouth bigots on both extremes. Healing and unity is what America needs.

The Treasury Department said the U.S. deficit grew 77% in the first 4 months of the 2019 fiscal year (beginning Oct. 1), driven by sweeping tax cuts passed at the end of 2017 and increased federal spending.

Trump is doing nothing he promised with regards to this.