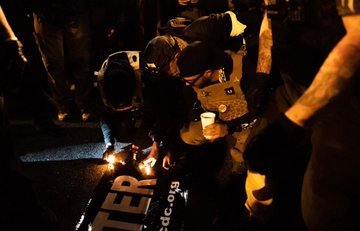 Proud Boys Leader Enrique Tarrio was arrested Monday evening as he was being driven from a D.C. area airport for allegedly burning a stolen Black Lives Matter banner taken from a historic Black Washington, D.C. church last month after a day of...

What country do we live in when we have no right to assemble, to protest, to travel. This is tyranny

This shit has got to stop! This woman needs to be charged with malicious prosecution because there is no basis for this arrest!

MLLUSA can now confirm that the DC Police arrested Enrique Tarrio, Chairman of men’s fraternal organization The Proud Boys. Tarrio, who is Afro-Cuban and the son of Cuban exiles who fled Fidel Castro’s brutal communist regime after several family members were killed, has been charged for burning a Black Lives Matter banner during free speech demonstrations that occurred in the nation’s capitol in December of 2019. Recent news reports had indicated that the DC police were investigating Tarrio for the perfectly legal free speech demonstration and were even considering elevating the charge by designating it as a hate crime.

However, they have failed to properly prosecute violent domestic terrorist activity that has been allowed to run rampant in the past six months from Antifa and Black Lives Matter. Just last month during the same demonstration, Antifa and BLM stabbed four members of the Proud Boys and engaged in widespread destruction and violence across DC. Personally, this journalist has seen their depravity upfront, which has regularly included burning the American flag, but DC police and the woke media have stood by in those cases and facilitated an atmosphere where the insurrectionist actions are not only tolerated… they are actively encouraged by elected Democrats.

Former Mueller prosecutor Jeannie Rhee seems to be the originator of the charges against Tarrio, according to court documents obtained by MLLUSA.

Rhee, who led the witch-hunt against Trump advisor Roger Stone, was listed on court documents as the attorney representing the church who claims it was their BLM banner that was stolen and burned by The Proud Boys last month in DC, according to documents filed with the court in early January.

Hey Iceturd! AKA “ DaJackoff,” Where is your homo friend Tavi?

He was arrested for destruction of property. Notice how the “so called law and order” people apparently believe what he did wasn’t a crime…

He brought contraband in also.

Tarrio took responsibility for the act last month, writing in a post on the social media website Parler that “against the wishes of my attorney I am here today to admit that I am the person responsible for the burning of this sign.” In the same post, Tarrio also dared the police to arrest him, writing: “Come get me if you feel like what I did was wrong. We’ll let the public decide.”

Would you burn a nazi flag? If we are not playing by the same rules there are no rules at all!

BLM burn the American flag and we can’t burn their banner? Lol

I can’t wait until this blows up in their faces! 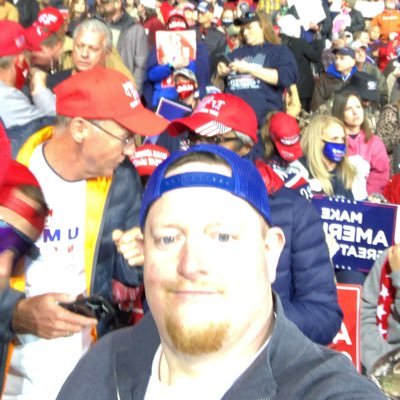 BREAKING: The Corrupt DC Judge has Banned Proud Boys Leader Enrique Tarrio from the District of Columbia... That’s gonna go over like a lead Twinkie..
Texashusker January 6, 2021, 5:02am #11

I think it’s time we start armed protests in every city that does this shit. Come arrest 250,000 of us. After the latest episode of cheating in Georgia, I think it’s time for some massive push back.

This was a Mitch McConnell Uniparty move!

I totally agree! Tomorrow is going to be epic! I especially love the fact the traitor POS Romney is confronted in a Utah airport! They can run but they can’t hide! The American people are going to be heard!

It’s over, tell me where to line up for the civil war.

Give it a go, make sure your will is up to date and your affairs are in order…

You realize that REPUBLICANS are running the Georgia election right. If your pissed, be pissed at them…

Today, pence will follow the CONSTITUTION (something the right use to revere) and not the will of this pos that came out of reality tv to do harm to America’s time honored institutions…

Hey…Dr. Manhole how’s your circle jerker club doin these days…I’ve heard you
spend all your time in the middle…you must have a full belly huh…how many
of your retrumpliCONs members here have joined huh…