While news is still smoldering related to Mid-Term elections, this past Saturday Dave Chappelle appeared on SNL and was the Host amid controversy of bashing the Alphabet people in his previous stand up "The Closer. However what is certain to be talked about subject matter heading into next week is about the subject of Kayne West’s tweet “Death Con 3” where it was taken as an antisemitic remark resulting in the rapper to experience various cancel culture actions related to his many business ventures including his bank JP Morgan Chase cancelling his accounts. 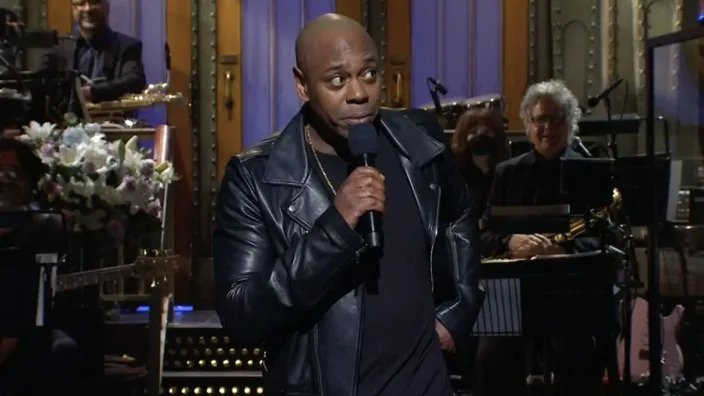 Dave Chappell went there using comedy to poke fun at Jooooos and the White liberal Jooo in particular when referencing Hollywood and the entertainment industry while also using Black culture as a comparison.

I am posting the article here in its entirety.

Lastly, it will be interesting to see what this does to Chappelle’s career going forward as I am sure he has made so much money at this point that he simply doesn’t give a fk anymore and its why I respect him, not to mention he is second to none when it comes to stand up comedy. The point is, we as a society have gotten so bent out of shape and offended at everything, even comedy is coming under attack by the rotting decay of wokism that people like Chappelle whether you see it or not is pushing back by simply ignoring the new culture rules being instituted by far left elitist cultists and their followers known as the Nazification of the Democratic party!

On the first Saturday Night Live episode after each of the past two presidential elections, Dave Chappelle served as host and used the opportunity to share his thoughts about the state of American politics. The comedian returned for a third time this week after the midterms, but this time something was different.

It was Chappelle’s first time hosting SNL since he came under fire for a slew of transphobic jokes in his latest Netflix special The Closer. And before he even took the stage at Studio 8H for his monologue, there was palpable anger on social media and the threat of a boycott from the show’s writers, especially given that this season SNL has its first gender nonbinary cast member in Molly Kearney.

But while he made a point to avoid the topic that has seemingly consumed him for the past couple of years, Chappelle may have dug himself an even deeper hole by—deliberately—defending the essence of Kanye West’s antisemitic rhetoric through comedy.

The comedian entered the room and began by reading a brief statement: “I denounce antisemitism in all its forms and I stand with my friends in the ■■■■■■ community. And that, Kanye, is how you buy yourself some time.”

Chappelle went on to explain that over his 35-year career, he has come to learn that there are “two words in the English language that you should never say together in sequence: ‘The’ and ‘■■■■■■■ And he had some strong jokes about West’s “death con 3” tweet and the ramifications he faced from Adidas and others for his words.

“It’s a big deal, he had broken the show business rules,” Chappelle said. “You know, the rules of perception. If they’re Black, then it’s a gang. If they’re Italian, it’s a mob. If they’re ■■■■■■■ it’s a coincidence and you should never speak about it.”

After noting that “Kanye got in so much trouble that Kyrie [Irving] got in trouble,” Chappelle said, “This is where I draw the line. I know the ■■■■■■ people have been through terrible things all over the world, but you can’t blame that on Black Americans.” That line was met with silence save for a single shout from the audience. “Thanks, the one person that said ‘woo.’”

“I’ve been to Hollywood and—no one get mad at me—I’m just telling you what I saw,” he added, pausing for effect. “It’s a lot of ■■■■■ Like a lot. But that doesn’t mean anything! You know what I mean? Because there are a lot of Black people in Ferguson, Missouri, it doesn’t mean we run the place.” He said the “delusion that ■■■■ run show business” is “not a crazy thing to think,” but “it’s a crazy thing to say out loud.”

There was much more to Chappelle’s monologue, which spanned more than 15 minutes and also covered Herschel Walker (“observably stupid”) and what some are calling “the end of the Trump era.”

But it was his decision to push the type of antisemitic conspiracies that got West in trouble, albeit through jokes, that stood out and will continue to reverberate.

“It shouldn’t be this scary to talk about anything,” he concluded. “It’s making my job incredibly difficult. And to be honest with you, I’m sick of talking to a crowd like this. I love you to death and I thank you for your support. And I hope they don’t take anything away from me… whoever they are.” 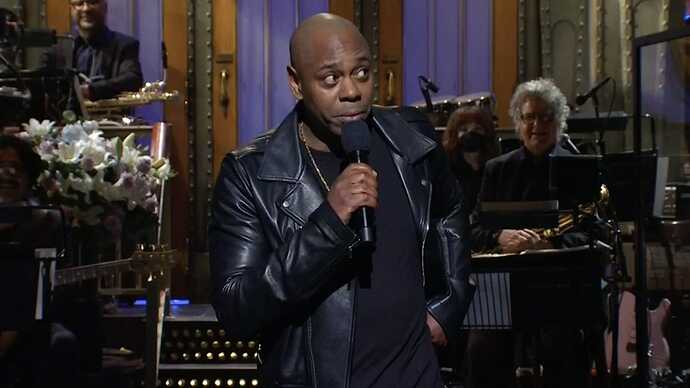 The comedian began his “Saturday Night Live” monologue by “denouncing” antisemitism in all its forms. Then he doubled down on the same stereotypes that took down Kanye West.

I don’t get it. How is it “antisemitic” to explain things as they are?

You know! Its like affirmative action the mere mention of the-- J-e-w is derogatory and is often used to deflect any legitimate criticism against a certain type of people for bad or for worse.

Isn’t the name “Bankman” a jooish name? Imagine the irony!

I seem to recall a time when this board, and the other board, were ahead of the curve on this…and the subsequent treatment of this board is proof that everything Ye has been saying is true…he was just late to the party.

Too bad Dave Chappelle didn’t mention how 95% of AIPAC backed candidates, in both parties, won their respective midterm elections.

They are immune to criticism, because antisemitism. So when they screw up, just pretend like it never happened.

A lot of terms were either created or given loaded meaning to them.

For example, if you said “capitalist” in Soviet era Russia, it was like saying “criminal.”

Today “racism” and “racist” are understood to be bad, but think about it. Why is it bad to defend your values, culture, tradition, family and your compatriots against negative influences?

“Climate deniers,” “holocaust deniers,” and other “deniers” get a bad rap. But anybody who does a little serious research (maybe one hour worth) will know that these deniers are actually right as they are simply refusing to accept the narratives of the day.

Another recent term is “vaccine hesitancy.” Give me a break. Anybody with a functioning brain knows that these clot shots are not vaccines and that people are dying after getting injected with DNA altering poison.

“Antisemitism” was created to denote some racial hatred against Joos. But the joke is that the vast majority of them are not Semites and not descended from ancient Israel.