This is was indeed awesome to read what Dana White said about Trump. Trump does seem like the type of friend we should admire most about someone. Loyal! “This guy is so loyal and such a good friend. Every time I see him — I saw him today. When I met him on Air Force 1, the first thing he said to me was, ‘How is your family?’ Good man, very loyal and a very good friend.”

“I wasn’t really campaigning, he called me and asked me if I wanted to go to Colorado,” White said … “he said, ‘Wanna go to Colorado?’ So, I said, ‘Yeah.’ So, we flew over to Colorado for the day and then back to Vegas.”

“We were just hanging out and talking fights.”

“I can’t say it enough. This guy, when I say this guy I’m talking about President Trump … is such a good friend and such a loyal amazing guy. He’s a great guy, been a friend of mine for a long time.”

As for the UFC fans who were upset about it:

“I don’t give a shit. If you don’t like me because I’m friends with this guy, that’s your problem, not mine.”

Cool story. It’s nice to see that Trump has some friends.

Who really cares about what some UFC person thinks or the fact that he pals around getting free airfare at our expense so he can hang out with the president. Maybe the president shouldn’t be paling around with people on Air Force One and should focus on doing the job he is supposed to do.

And maybe you shouldn’t be so butthurt and crying all the time! You don’t pay for Trump’s time and if you weren’t suffering from TDS all the time and weren’t Blinded by it, you would know that is the case!

We actually do pay for Trump’s time. All of his golfing and his bullshit down in Florida costs the taxpayers a fortune (didn’t Trump promise not to do this?). So I really don’t give a shit about what a multi-millionaire meat head from UFC has to say…nor do I think it’s very newsworthy or threadworthy. It’s more like spam garbage. Like…who actually gives a fuck about this?

What security? Because you certainly don’t pay for his salary and other things as well! Let me know when you can break it down in dollars compared to your little boy toy Obola and I guarantee you I can pull up what they cost the American taxpayers was way more and exceeds Trump’s!

So I really don’t give a shit about what a multi-millionaire meat head from UFC has to say…nor do I think it’s very newsworthy or threadworthy.

Then don’t fucking comment here because I am sure no one here gives a shit about what a soyboys bitchfest like yours thinks either!

I know facts trigger you but…deal with it 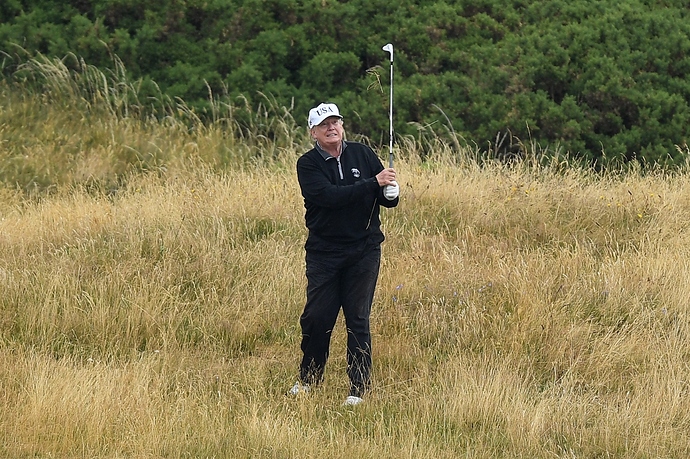 The amount of money American taxpayers have paid to support President Donald Trump's golf habit highlights a disconnect between his gibes against President Barack Obama for "playing golf all day," and Trump's own conduct while president.

I’ll post what I want, when I want, where I want…including in your shitty and irrelevant threads. Try not to be so sensitive and please do try to make some better threads. It’s pretty sad that you feel the need to show the world that Trump has one friend. What a joke.

Yeah ok, if they were actual facts but using fake news sources doesn’t support your argument, but its a nice try! When I get to my office I will actually fact check the cost part and not just cherry pick Golf outings like you want to do here but let’s put lavish vacations and expenses too in the list OK?

And speaking of being triggered wasn’t it you who wandered into this thread to express their contempt? Go look at your own words here to know and see whose or what purpose does it serve? It certainly isn’t mine?

Listen cucktard, I don’t give a shit and nobody else does either, a point that is lost on you with your obvious emotional rants! Lay off the sauce and sleep it off!

So I really don’t give a shit about what a multi-millionaire meat head from UFC has to say…nor do I think it’s very newsworthy or threadworthy. It’s more like spam garbage. Like…who actually gives a fuck about this? 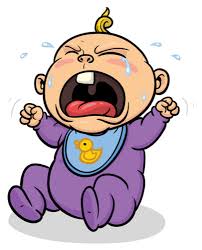 Breaking News! Trump has one friend who won’t say something bad about him

You do realise it’s the entrainment category right? You people need to get grip and lighten up!

It wasn’t originally. A moderator moved it.

That orange pencil is so incredibly helpful for moments like these.

Really? Then maybe I originally made that mistake so I apologise. Just an honest oversight on my part! Thanks!

Yeah after checking my log history it appears that you are incorrect and the moderators did no such thing. Do you have proof or something to substantiate your claim? Because whenever a moderator intervenes to move a thread usually a notice is to the one who created the thread is sent and there is no such record, perhaps I am mistaken on this but seems a little odd don’t you think?