Daly City is facing an apparent eviction crisis as landlords are hurrying to oust tenants ahead of a state law taking effect in January that bars no-fault evictions.

“We want the City Council to stop the landlords from evicting people without reason,” said one tenant with an eviction notice notice in hand, Pablo Rubio, at a city council meeting Monday night reported on by KPIX. Rubio was among more than a dozen people showing their no-fault eviction notices at the meeting, which comes just a week after Gov. Gavin Newsom signed AB 1482. The new law will prevent landlords from doing what they’re doing in Daly City right now, requiring them to show just cause for an eviction, such as non-payment of rent. The law also creates a new state-wide version of rent control that caps annual rent increases at 5 percent plus inflation for all buildings more than 15 years old. But before the law goes into effect, landlords in cities with less stringent rent protections than San Francisco may try to get ahead of things in order to turn over their properties.

The gathering of anxious tenants was put together by Faith in Action Bay Area, a non-profit that identified the eviction surge among Daly City residents that was recently taking shape.

Shirley Gibson, an attorney with the Legal Aid Society of San Mateo County, confirms to KPIX that her office has seen a “200-percent spike in the rate of this type of eviction notice” in the past 30 days.

The California Apartment Association, a Sacramento-based trade group that represents developers, real estate investors, and landlords, calls AB 1482 “the most significant policy change for California’s rental housing owners and tenants in a quarter century.” They note that for all buildings built after 2005, AB 1482 won’t immediately apply, but it will apply as soon as those properties turn 15 — and the law is not set to sunset until 2030.

Beyond Chron points to the fact that AB 1482 is part of a national trend of housing laws that are attempting to address the affordability crisis, and calls group that assembled to celebrate its passage “the broadest political coalition for a California tenant protection measure in history.”

But there may be a backlash in the coming couple months in more places beyond Daly City — where the city council is mulling an emergency measure in reponse to the tenants’ concerns. It’s unclear what they will be able to do, however, because as Gibson notes, the landlords are legally within the letter of the law in Daly City right now, until January. 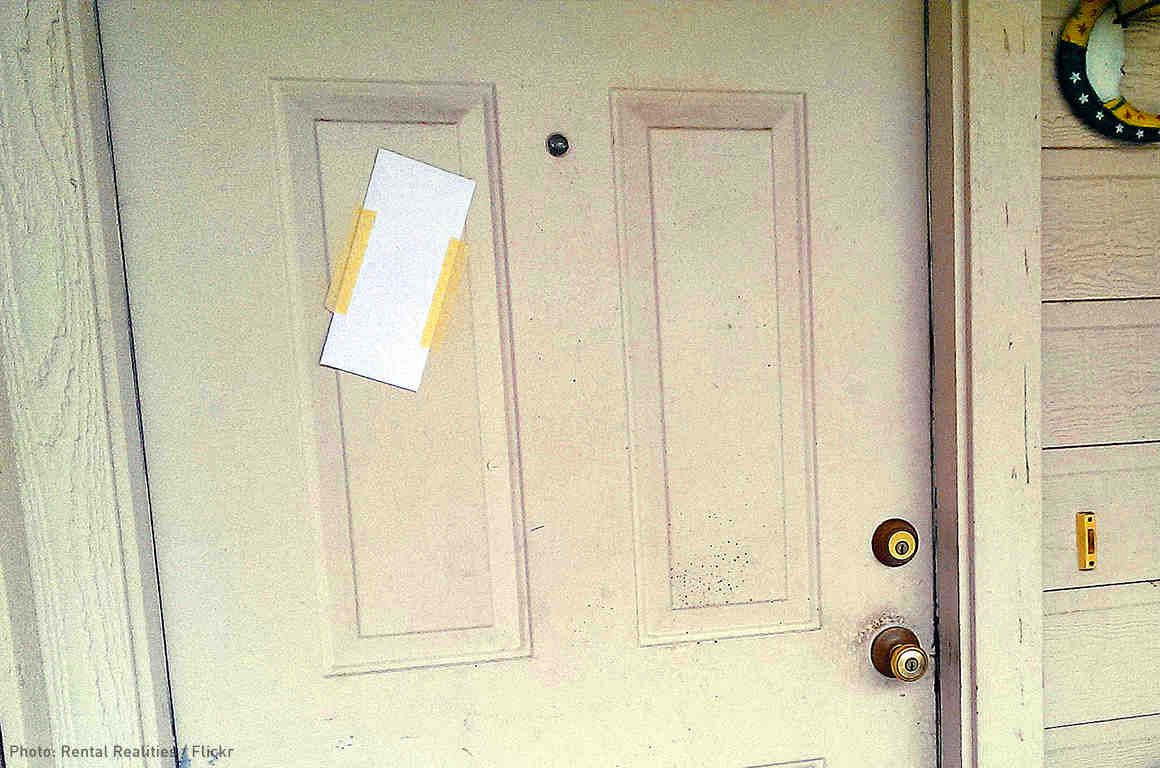 Daly City is facing an apparent eviction crisis as landlords are hurrying to oust tenants ahead of a state law taking effect in January that bars no-fault evictions.

I think a similar law is being proposed in New York State as well! Ahh! Isn’t socialism wonderful? If I was a landlord in that state I would be doing the same!

The disease, once endemic to Cali, is spreading as soft headed liberal judges decide that landlords are evil greedy people, that the renters who trash places are just misunderstood by society, and deserve a roof over their heads.

I have seen plenty, my wife and I had a condo in CA and we sold it when we moved to NV. We had one renter- who we trusted her normal sister on, who was absolutely insane. Up at 4 a.m. loud music, when the roomies asked her to turn it down she turned it up. My wife and I finally found her own apartment, as she had a trust; she trashed it, and herself in very little time.
My first house was a 1200 ft condo in Laguna HIlls, CA. The director of the HOA board who was paralyzed from a stray bullet, had a rental next to his own unit. He rented to a couple of White Trash Floridians who spent the winter months taking apart and rebuilding a Harley on the living room floor.

You really have to have a screw loose to be a landlord in CA.

I don’t blame the Daly city landlords one bit. Put those places up as condos - the Section 8 animals don’t care enough to care for something given them, they can g to hell.

I know exactly where you are talking about Laguna Hills. I had a College friend in San Diego who I would regular visit. The house he lived in was roughly 1100 sq ft and the landlord put it up for sale for a ridiculous price. The entire state has now practically become a third world country with insane government policies to make make it even worse. What was once a great state is now becoming a shit hole. The problem is the same leftards who created this mess are moving to other places infecting the local politics with same retarded mindset and culture of the states they move from and thus have become a parasitic plague. Sigh!

Predict a rapid rise in the number of evictions followed by a rash of unexplained fires and a rapid deflation of the rental property markets.