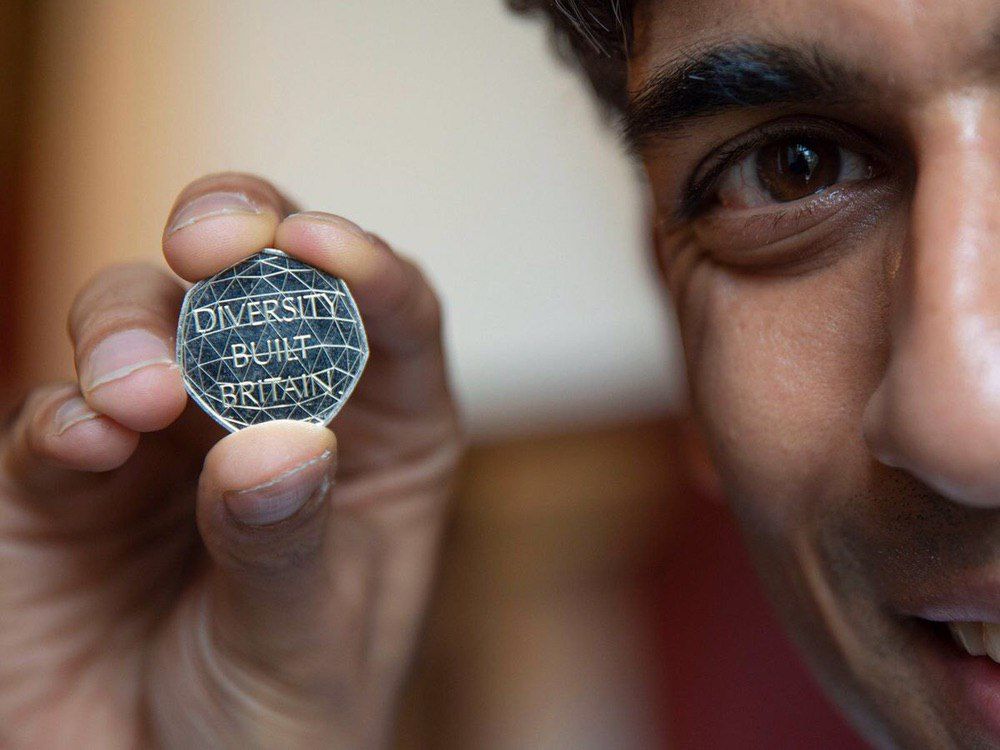 This coin is going to start circulating in the UK next week. Looks like the Brits have totally lost control of their country and they aren’t willing to do anything about it.

In the levels of European cuckoldry it seems to me that the UK is aggressively trying to overtake Sweden for the coveted first place position.

The new coins signal the intent to include a wider range of people on coins and notes in the future, according to the Treasury.

Around two-and-a-half million coins celebrating the profound contribution that minority communities have made to the UK’s shared history will be released into circulation on Monday.

The new 50ps signal the intent of the Royal Mint and Chancellor Rishi Sunak to include a wider range of people on coins and notes in the future, according to the Treasury.

The coins features the words “Diversity built Britain” and a geodome, representing connection and strength.

Their design was created by Dominique Evans, who has previously designed coins to mark VE Day, the Sapphire Coronation and Jane Austen. It was inspired by Ms Evans’ own personal experience growing up as a mixed-race woman.

Mr Sunak commissioned the coins earlier this year following discussion with the We Too Built Britain campaign, which works for fair representation of minority communities’ contributions across all walks of life.

The Chancellor said: “I have seen first-hand the contribution made by ethnic minority communities to Britain’s history.

“That is why I backed the We Too Built Britain campaign and requested that the Royal Mint introduced this coin to celebrate it.

“This coin, and the rest of the series, will act as a fitting tribute to the very profound impact ethnic minority communities have made on Britain, and I am grateful to the Royal Mint for turning this around at record speed.”

Ms Evans said: “When designing this coin, I began by thinking about the people who inspire me and what diversity has meant in my life. I believe that no matter where you are born, we all belong under the same sky and this was the starting point of the design.

“The background of the coin features a geodome with a series of interconnecting lines and triangles that form a network. Each part is equal, and symbolises a community of connection and strength.”

She added: “The design also looks to the future, and the bonds which will continue to grow and make us stronger together.”

“Her design is the first in a series of coins the Mint will be producing, celebrating those who have helped shape our national history and culture.

“I had the great pleasure of welcoming Dominque to a Cabinet meeting, along with Anne Jessopp, the first female deputy master of the Mint and Blondel Cluff CEO of the West India Committee and adviser to the Royal Mint.

“This new coin echoes the Government’s commitment to building a fairer society for all.”

Alongside the release of the coins, the Royal Mint and the West India Committee will also issue education packs to primary schools in England and Wales.

The Government will consult with We Too Built Britain and other groups representing minority communities on the themes of future coins in the series.

“They need to see their contributions to Britain recognised.

“It is a part of an invisible social contract and it can build cohesion, promote a sense of belonging, inspire young people and unite us as a nation, showing that we all have an equal stake in society.

“We are a diverse, modern and global Britain – let’s show that. This coin helps bridge our nation’s past, its diverse present and its future, looking outward, positively, together.” 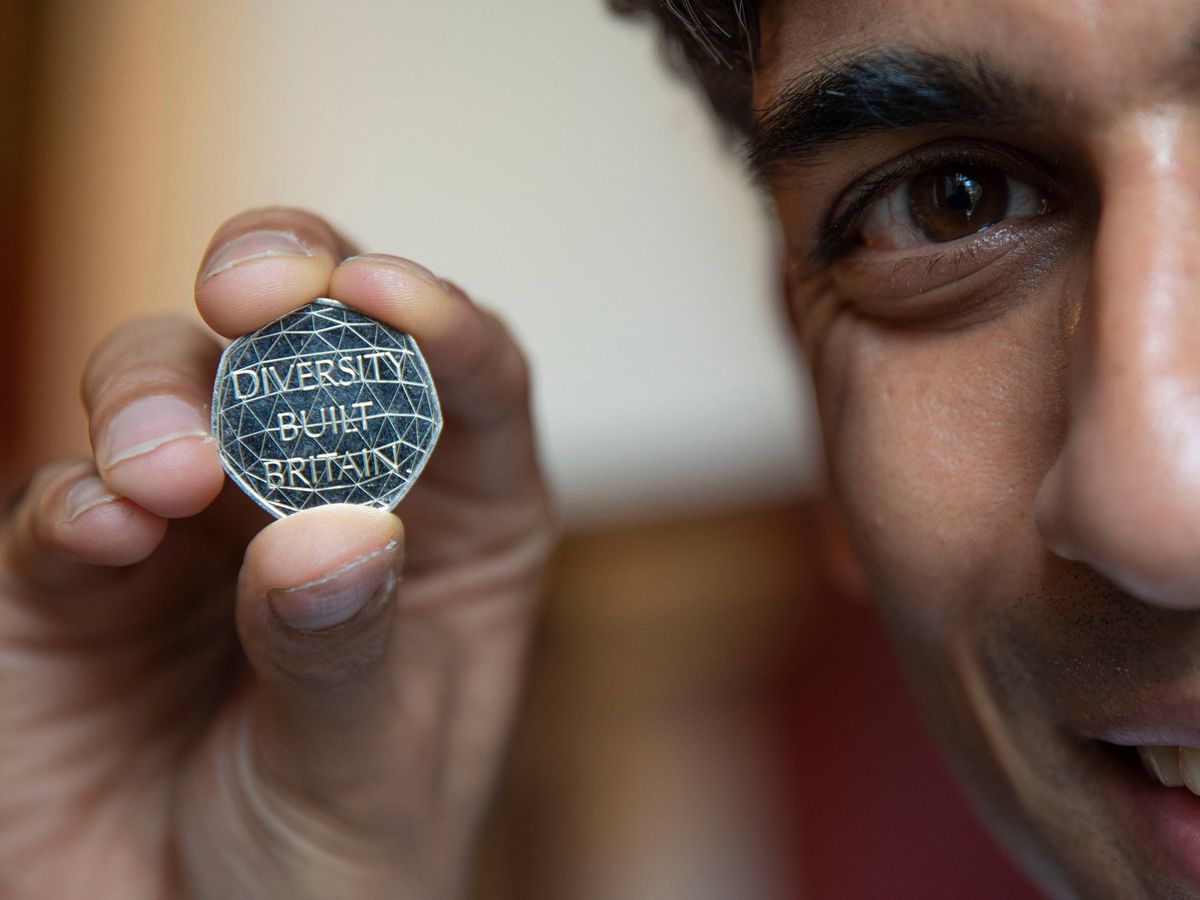 The new coins signal the intent to include a wider range of people on coins and notes in the future, according to the Treasury.

Nothing a little sandpaper can’t fix.

If we just started lobbing ICBMs over at the UK the results would be a drastic improvement. 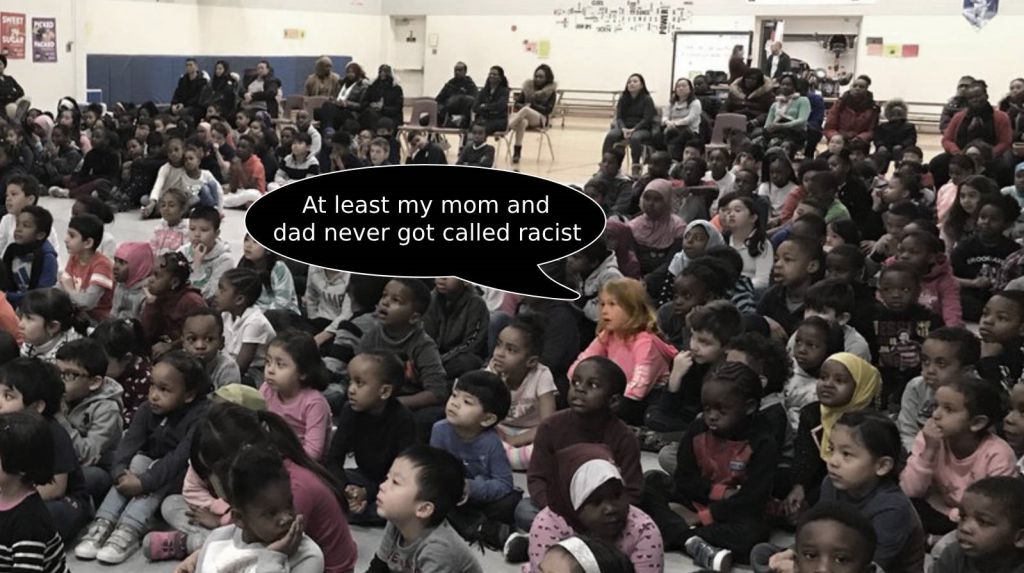 Oh yes, Britain was hijacked by pirates who call themselves the Windsors today.

Cuck Island is truly beyond redemption. 1984 was supposed to be a warning, not an instruction manual.

Their entire religion revolves around supremacy over all other races and total world domination. They hate Europeans because of two reasons:

“This new coin echoes the Government’s commitment to building a fairer society for all.”

They probably made it a coin so people wouldn’t gather together and burn it in the streets.

I wonder how many of those diversity coins are going to get robbed from vending machines by the diverse group of people the coin is celebrating.

Don’t worry. We aren’t far behind the bongs. 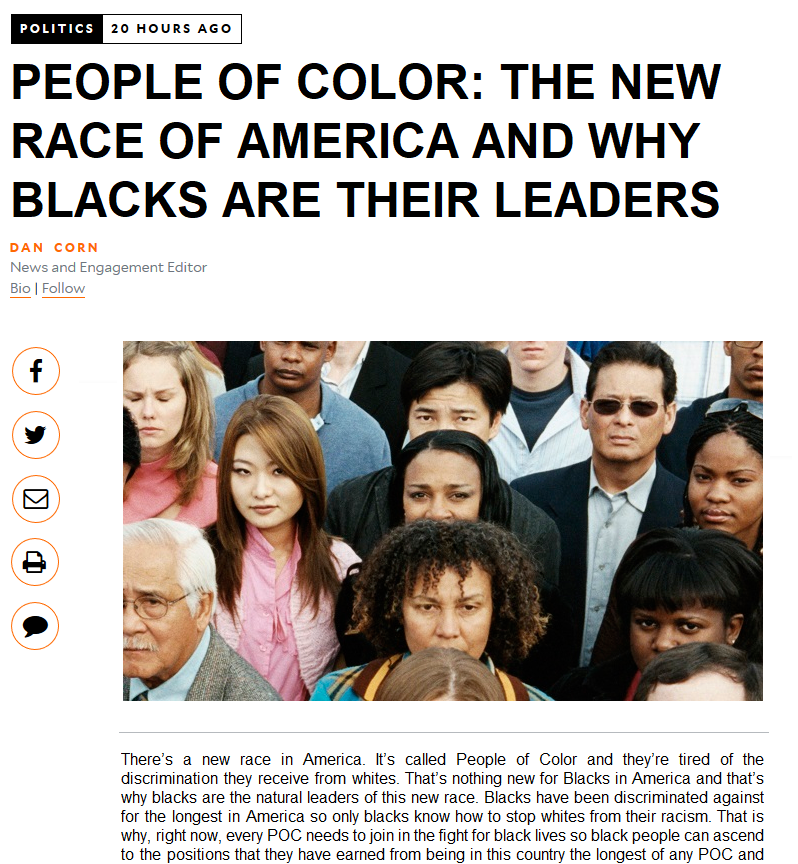 If demographic change was “natural” it would be happening in Israel, China, Nigeria and India.

Not just Europe, the US and Australia.

It is coordinated ethnic cleansing which is a genocide.

It’s kind of like when I dump an invasive species into a pristine ecosystem it “naturally” goes to shit.

We’re the only people shamed when we express a desire for strict immigration laws. It’s so obvious what this is about.

I know DIVERSITY has RAPED HALF OF BRITAIN !! 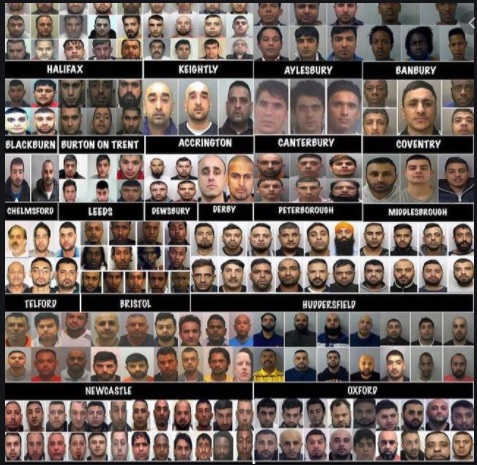 Haven’t any of you see those famous photos of Muslims building our railroads, working high steel, building our bridges, subways, tunnels, harbors, designing our aircraft, automobiles, building our ships, digging the Panama Canal, winning WW2 for us, contributing to our powerful military. Not to mention, actually founding the USA. STOP BEING SO INTOLERANT. Obama would agree with me.

You’re forgetting about their contributions to modern medicine my friend