Council of Europe: Member states must assume more responsibility for rescuing migrants at sea and protecting their rights 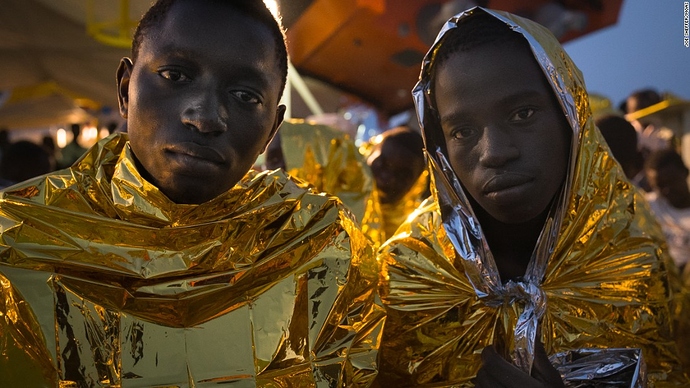 When you think an entire continent’s worth of unelected bureaucrats can’t cuck any harder than the EU…in comes the European Council.

“European states’ approach to migration in the Mediterranean Sea has become much too focused on preventing refugees and migrants from reaching European shores, and too little on the humanitarian and human rights aspects. This approach is having tragic consequences”, said Dunja Mijatović, Council of Europe Commissioner for Human Rights, while releasing a Recommendation today which identifies the deficiencies of this approach, and aims at helping member states to reframe their response according to human rights standards.

“A number of states have adopted laws, policies and practices contrary to their legal obligations to ensure effective search and rescue operations, swift and safe disembarkation and treatment of rescued people, as well as the prevention of torture, inhumane or degrading treatment”, says the Commissioner.

“Whilst states have the right to control their borders and ensure security, they also have the duty to effectively protect the rights enshrined in maritime, human rights and refugee laws”, says the Commissioner.

The 35 recommendations contained in the paper aim to help all Council of Europe member states find the right balance between these imperatives. They articulate around five main subject areas: ensuring effective search and rescue coordination; guaranteeing the safe and timely disembarkation of rescued people; co-operating effectively with NGOs; preventing human rights violations while co-operating with third countries; and providing accessible safe and legal routes to Europe. 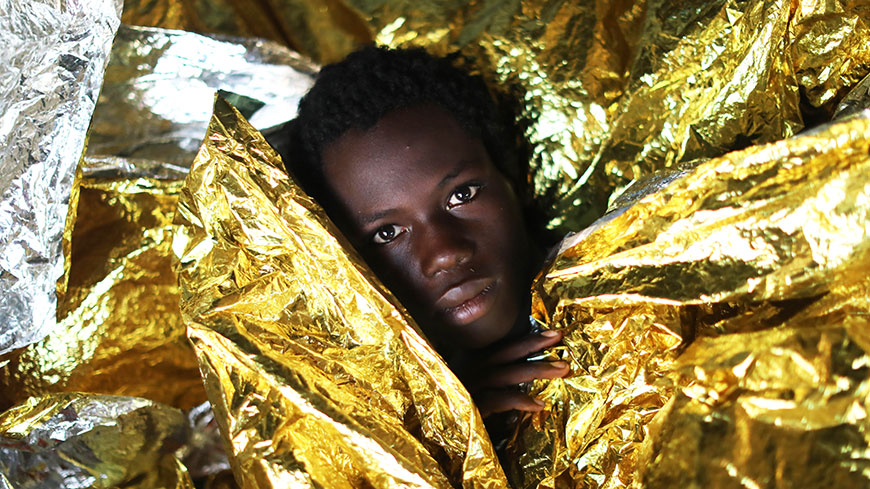 I hate to say it but considering the mess they made of Africa and the ME during their colonial period and since they earned this.

Now, the question is, what will they do about it?

Will they surrender their continent, cultures, languages, and religion to foreign invaders or will they eventually stand up before it’s too late?

Sad to say but this kind of crap was pretty well inevitable when the individual countries surrendered their sovereignty to centralized EU control.

By mess do you mean public infrastructure, education, healthcare, agriculture, buildings, government, written language…and all of the other things that created civilization?

That’s one hell of a “mess” they were given by those evil Europeans.

You’ve never visited anywhere outside of your own home country have you?

Nice ad hominem. I’m not taking the bait. Either respond to the point or don’t.

It’s not ad hominem If you’ve never visited any of those former colonies you have no idea what you’re talking about.

It is as hominem. Either address my point or don’t. Stop deflecting.

If you are basing your argument on the fact that you have allegedly travelled there then that is simply anecdotal.

I addressed your point, you have no idea what you’re talking about.

Spend a year or so in Zimbabwe or South Africa talking to the whites who are the offpspring of those your countries abandoned, or any of the other former colonies in either Africa or the ME.

You left countries in tatters, after stripping them of their culture, wealth, their people, and leaving only a handful of Europeans that had any idea what civilization looked like to manage in countries cobbled together by bureaucrats with no care for the tribal factions, religious differences, language and cultural differences and then wonder why they fell apart.

Europeans have absolutely no obligation to do anything but turn these invaders around and send them right back where they came from.

You left countries in tatters, after stripping them of their culture, wealth, their people, and leaving only a handful of Europeans that had any idea what civilization looked like to manage in countries cobbled together by bureaucrats with no care for the tribal factions, religious differences, language and cultural differences and then wonder why they fell apart.

These countries were little more than primitive back waters inhabited by people who never truly moved past mud hut construction. All of the benefits that these people received from colonization certainly outweighed any of the ill effects. They were foolish enough to think they could govern themselves and decided to cast off the yoke of their colonizers.

They don’t seem to be enjoying their new Chinese masters very much.

Also, if what you said is true about colonization, then it would stand to reason that the people who were so victimized from it wouldn’t be running to the countries that caused it.

All that you have offered is a total fabrication of reality.

If the benefits outweighed the negatives History and current events would reflect it. Neither does.

They are running to where they think they’ll be safe, that’s Europe.

As the bible says, you reap what you sow and in this case it’s going to be a bumper crop.

They are running to where they think they’ll be safe, that’s Europe.

If the colonizers were the problem, why are their countries unsafe now?

If the benefits outweighed the negatives History and current events would reflect it. Neither does. 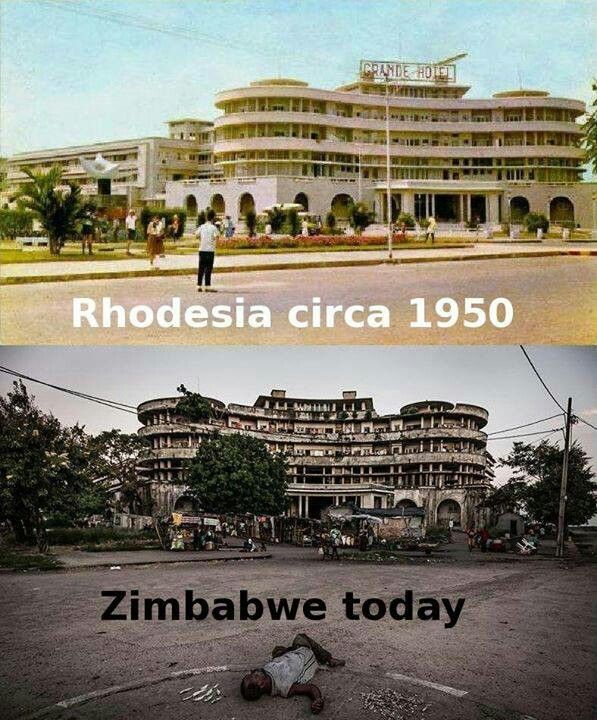 You stripped them of their cultures, traditions, wealth, and people, then drew lines on maps that totally ignored traditional lines and boundaries because it suited the Europeans rather than those who would remain.

You left a handful of whites and abandoned them to people that hated them and wanted nothing more than to exterminate them and everything they and their ancestors had built.

What followed was completely predictable and understandable.

The Picture is of the Grand Hotel Beira in Mozambique.

If you have an honest argument you wouldn’t have to resort to such things.

So they should invade and destroy Europe.

You have an interesting view of history. Based on your view of things every population that’s ever been ruled over because of their inferiority now has the right to go and destroy another group of people based upon historical grievances. That other group of people is also not allowed to fight back. My assumption is that this is only the case if the group of people in question are white.

I didn’t create the image. Regardless, the point still stands. Pre-shithole and post-shithole are quite easy to discern. No amount of trickery can change that.

You don’t read very well. I never said anything about should, I said Europe created the conditions which are causing the exodus and are now paying the price.

Europe has a choice to make but as long as you are under EU rule the only choice that will be made is to allow them to overrun Europe.

The point doesn’t stand because your example is a fraud.

All I can say is: God bless BREXIT

IF, and it’s a big IF they are ever actually allowed to exit.