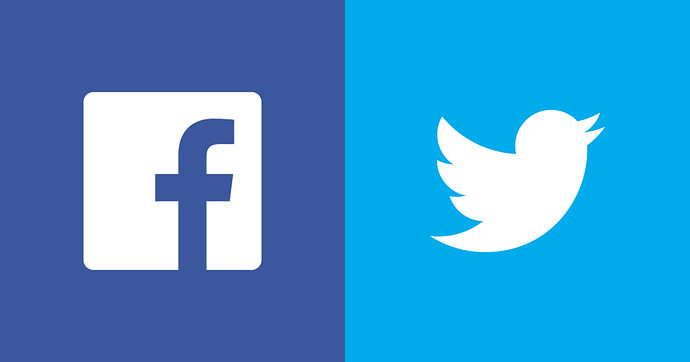 This is a great article by Donald Trump Jr. about the censorship that conservatives face online from the biggest social media companies on the planet. There is a concerted effort to silence conservative voices and it is my belief that as the 2020 election gets closer, we will see millions of conservative accounts banned from Facebook, Twitter, YouTube, etc - almost all at once. They want us scattered and not communicating so we can’t be united for the 2020 election.

That’s why we are here. Get your conservative friends and family off of Facebook and Twitter and have them create an account here. Even if they don’t want to delete their accounts, they should stop posting political commentary from it. These platforms are targeting conservatives and everyone knows it. I am actively recruiting people on Facebook. All of our accounts are banned on Twitter at the moment.

As Big Tech’s censorship of conservatives becomes ever more flagrant and overt, the old arguments about protecting the sanctity of the modern public square are now invalid. Our right to freely engage in public discourse through speech is under sustained attack, necessitating a vigorous defense against the major social media and internet platforms.

From “shadowbans” on Facebook and Twitter, to demonetization of YouTube videos, to pulled ads for Republican candidates at the critical junctures of election campaigns, the list of violations against the online practices and speech of conservatives is long.

I certainly had my suspicions confirmed when Instagram, which is owned by Facebook, “accidentally” censored a post I made regarding the Jussie Smollett hoax, which consequently led to me hearing from hundreds of my followers about how they’ve been having problems seeing, liking or being able to interact with my posts. Many of them even claimed that they’ve had to repeatedly refollow me, as Instagram keeps unfollowing me on their accounts.

While nothing about Big Tech’s censorship of conservatives truly surprises me anymore, it’s still chilling to see the proof for yourself. If it can happen to me, the son of the president, with millions of followers on social media, just think about how bad it must be for conservatives with smaller followings and those who don’t have the soapbox or media reach to push back when they’re being targeted?

Thanks to a brave Facebook whistleblower who approached James O’Keefe’s Project Veritas, we now know that Mark Zuckerberg’s social media giant developed algorithms to “deboost” certain content, limiting its distribution and appearance in news feeds. As you probably guessed, this stealth censorship was specifically aimed at conservatives.

Facebook appears to have deliberately tailored its algorithm to recognize the syntax and style popular among conservatives in order to “deboost” that content. “Mainstream media,” “SJW" (Social Justice Warrior) and “red pill” — all terms that conservatives often use to express themselves — were listed as red flags, according to the former Facebook insider.

Facebook engineers even cited BlazeTV host Lauren Chen’s video criticizing the social justice movement as an example of the kind of “red pills” that users just aren’t allowed to drop anymore. Mainstream conservative content was strangled in real time, yet fringe leftists such as the Young Turks enjoy free rein on the social media platform.

Despite the occasional brave gesture, politicians have been far too sluggish in recognizing the extent of the problem. But the Republican Party and the conservative movement are becoming more vigilant against the suppression of our speech, as we saw at last weekend’s Conservative Political Action Conference (CPAC).

Silicon Valley lobbyists have splashed millions of dollars all over the Washington swamp to play on conservatives’ innate faith in the free-market system and respect for private property. Even as Big Tech companies work to exclude us from the town square of the 21st century, they’ve been able to rely on misguided conservatives to carry water for them with irrelevant pedantry about whether the First Amendment applies in cases of social media censorship.

Sen. Josh Hawley (R-Mo.) has been making a name for himself as a Republican prepared to stand up to Big Tech malfeasance since his time as Missouri’s attorney general. He delivered a tour de force interview with The Wall Street Journal’s Kimberly Strassel in front of the CPAC crowd, one that provided a clear-eyed assessment of the ongoing affront to the freedoms of conservative speech and expression.

Hawley pointed out that Big Tech companies already enjoy “sweetheart deals” under current regulations that make their malfeasance a matter of public concern. Section 230 of the Communications Decency Act, for instance, allows them to avoid liability for the content that users post to their platforms. To address this problem, Hawley proposed adding a viewpoint neutrality requirement for platforms that benefit from Section 230’s protections, which were originally enacted to protect the internet as “a forum for a true diversity of political discourse.”

Left unchecked, Big Tech and liberal activists could construct a private “social credit” system — not unlike what the communists have nightmarishly implemented in China — that excludes outspoken conservatives from wide swaths of American life simply because their political views differ from those of tech executives.

There is no conservative principle that even remotely suggests we are obligated to adopt a laissez-faire attitude while the richest companies on earth abuse the power we give them to put a thumb on the scale for our political enemies.

If anything, our love of the free market dictates that we must do whatever is necessary to ensure that the free marketplace of ideas remains open to all. 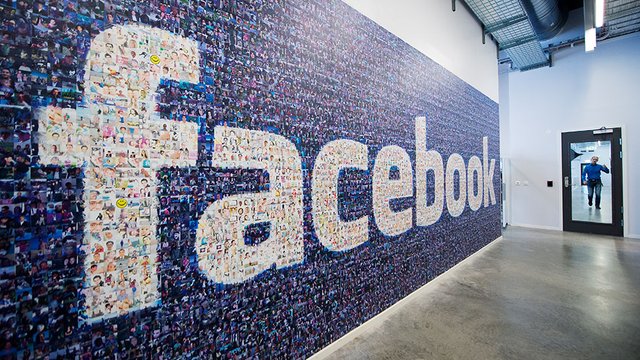 Our right to freely engage in public discourse through speech is under sustained attack.

I will do my part KVN!

At least there are some good guys still willing to fight! I am all in! 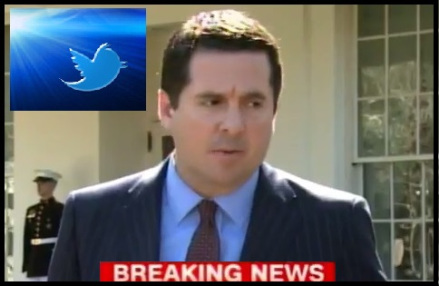 Nailed it @KVN. I think the closer we get to the election Google, Facebook, and Twitter will move in for the kill. I wouldn’t be surprised if they ban Trump.

Not a new thing, but Im glad its getting the attention it deserves.

The greatest thing Trump can do if he is banned is to move to a different platform and rally support to one that isn’t biased!

My nuclear family only uses Facebook to share pictures with Grandma and keep up with a few scattered family members. I would love to take our participation on that site elsewhere but I don’t see a non-leftist alternative. Grandma is approaching a full century and not able to nav a political forum.

Even if the big social sites were made to drop their bias, that won’t change the fact that making it known you are a conservative these days can cost you your job. Not to mention the colleges you pay enormous sums of money to send your kids to teaching them that conservative is a synonym for racist.

Meh. I’m currently building my own social network site for my close friends and family on a private server. There’s software all over the internet for that.

And what’s wrong with PB? Are you going to shadowban those on your own social network site that speak freely?

There won’t be people on my site that I don’t hang out with personally IRL, so none of that applies. I was also planning on putting a link to the BP actually (if the mods are OK with it) and provided I continue having interest in building another site. Haven’t built a site for free in over 7 years. lol

This is a perfect example of why our society is collapsing. The need to protect the feelings of other people from reading words that they won’t like. Also notice how you only said Anti-Semitism, but said nothing about Islamophobia. I personally don’t like either group but there is an obvious double standard from a lot of you here. Try applying the George Carlin rule, inject a little humor, and life will be a lot simper for you. 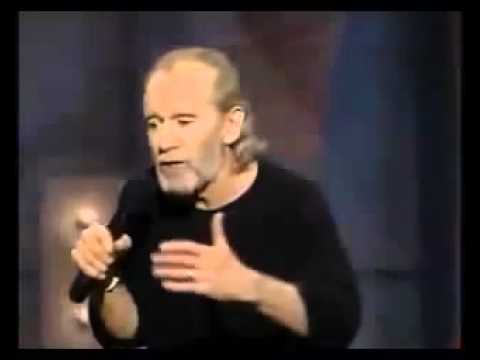 Not a single thing Carlin said was wrong. There will never be another George Carlin again. Probably won’t be long before he is erased from YouTube and everywhere else.

These people who don’t understand why racism is necessary for the human brain to work are a bit slow. Racism is an easy compartmentalization of one’s observations in order to allow one to carry on with normal life without the need to absorb and analyze all information to make a decision. The human mind works off of generalizations. For example, my mind is telling me I don’t have time to think of Muslims as anything other than human trash. See what a massive time savings that is?

Disagree, its only part of it! This is more to the point! I see that you chickened out! Back to your usual tricks are ya?

“Islamophobia” is a stupid, made-up, meaningless term from leftwits. I have no fear of Islam as a religion. As a political force they are mostly fans of monarchies and strong-man type governments, this makes their societies weak and corruption ridden.

Now Islamists are a different story. Their embrace of theocratic rule, Sharia Law, Caliphate dreams, and brutal tactics make them something to be concerned about.

However to label any of that an “irrational fear” is simply factually incorrect use of language that leftwits so love to use.

I see that you chickened out! Back to your usual tricks are ya?

You could dispute the post… but that would be above your operating level.

Show me cons getting banned from social media just because they are conservative?

There is plenty of proof of that, your just too intellectually dishonest to admit it! Instead here you are again with your straw-man!

The chicken part was not participating in the debate! You already proved my point! “Progressivism VS. Conservatism” as a primary example! Its clear you always have an agenda!