I wouldn’t be surprised to see a video of him watching his wife getting a train run on her by a bunch of blacks.

So-called “conservative” NRO columnist David French says that Drag Queen Story Hour is “one of the blessings of liberty.”

“There’s this idea that victory is the natural state of affairs and defeat is the intolerable intrusion,” French told the New Yorker, making excuses for how mainstream conservatives have repeatedly failed to win cultural arguments due to their habitual weakness in standing their ground.

He then went on to run defense for Drag Queen Story Hour, a nationwide event where cross dressers read stories and dance around in front of children as young as 3 in public libraries and schools.

French defended the event despite the fact that known pedophiles have exploited it to get close to children.

Yes David, I’m sure George Washington and the other founding fathers would have gleefully approved of sex predators teaching American children about non-binary genders.

French writes for National Review Online, a publication that rushed to demonize the Covington Catholic kids and also tried to rehabilitate Jeffrey Epstein’s image after he was convicted of soliciting sex from a minor. 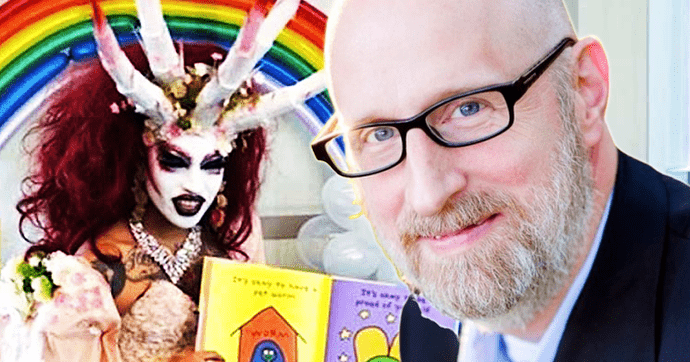 I'm sure George Washington would have loved it.

Cuckservatives are ok with anything as long as capital gains taxes aren’t raised. Lol

So sick of this weirdo cuck leftoid LARPing as “conservative”.

If this idiot keeps pushing this as freedom and love…it will only backfire on him. It’s the perversion of our children and filling their head with confusing ideas about sex and gender. It’s far-left programming.