Conservatism is Dead and the Right is Ideologically Homeless - What Next? 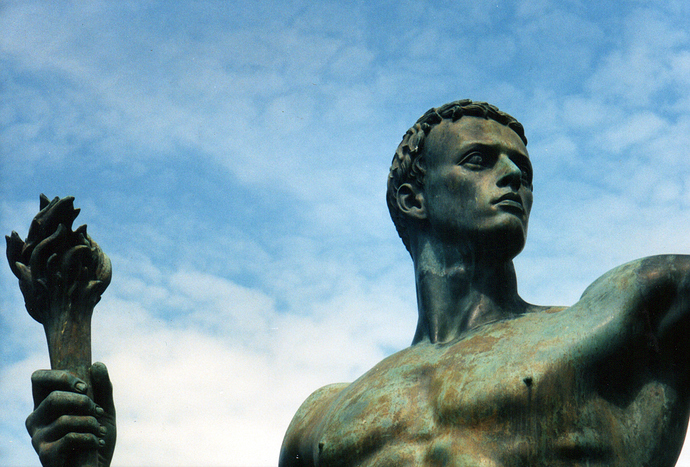 I’ve been thinking, in a way, the right is ideologically homeless right now. The conservative movement died in either 2012 or 2016, and some weird half-dead version of Libertarianism with nationalism shoved in is what the mainstream Right is right now.

Trump era “Libertarian Nationalism” is nothing but a stopgap for the death of conservatism. So, if we’re in the predicting mood, what do you think will replace Conservatives? Personally, I think we should all disuse the term “conservative” altogether. Looking back on what the conservatives actually achieved, well, we all know the answer to that one: almost nothing, if not absolutely nothing. But something struck me today, why did the conservatives fail? How could a movement based on the conservation of tradition fail at its only task? Because the conservative movement was never about conserving anything. Sllow me to elaborate:

What was the conservative mantra? What do they say about culture? The left loves saying that conservatism and conservatives were about preserving the “status quo”, be that’s bullshit, I have never heard a conservative say that. No, what did the Conservatives say? they said this: “Society must alter slowly.” -Russel Kirk, I mean FFS, what did anyone expect? at least with “status quo”, the goal is to at least stop “whig history” on some level. but “alter slowly”? it’s like the right wasn’t even trying. its like the conservative movement set itself up for failure from the beginning. and that’s what’s so damning about “Conservatism”, its a lie. The real goal was not upholding traditional values, but to provide some sort of half-assed damage control for the Left’s shenanigans. Back in 2012, the re-election of Obama and the legalization of “rights for gay couples” was the final straw that broke the back of the movement. And the Left knew it. They almost began acting as if they owned the place, that they were “the right side of history”, and now nothing was standing in there way between them and Utopia! Then Trump entered the stage. Turns out acting like an asshole makes enemies, who would have thought?

The issue within the conservative movement isn’t probably the grassroots, but the politically conservative establishment, in an effort to attract the votes, they probably gave up the most essential social conservative positions, you see the 2016 GOP Platform and they were all denouncing the sodomy recognition, I think another aspect is the issue that maybe there wasn’t much to do since the Supreme court after Justice Scalia’s death, become Democrat-leaning and you can’t reverse the act, but overall there is a decline in the conservative bloc, mostly due to lack of organization compared to the Center-Left+Left+Far Left Bloc in the US who are extremely organized with established goals.

It’s true. Establishment conservatives and republicans have managed to conserve almost nothing…they are pathetic. Centrism is being masked with these fake liberals and do nothing conservatives. The Trump movement resembles the caricatures of liberals conservatives had pre-tea party.

To elaborate more on your point it’s not that conservatism is dying it’s that greed has encouraged the so called conservatives ska RINOS to abandoned conservative principles! The two party system in the United States has literally become one big social country club where Government and it’s access has gone to the highest bidders! Is it no wonder that all politicians who after leaving Washington are stinking millionaires? Conservatism is not dying but the system is with rampant corruption that is raiding the public treasury to bankruptcy! Every man for himself is the mantra inside the beltway!

Outside of Trump bashing most of your rant is as expected from the left.

An example of being totally clueless.

So what have conservatives conserved?

What an absolute stupid statement.

Not a clear cut philosophy but a set of beliefs which, in general, tend to support

Talk about a stupid and completely disconnected response.

I believe that stopped when the federal government bailed out the banks and the large corporations, both of which should have failed in a free enterprise capitalist system. The Federal Reserve has basically been doing quantitative easing again for the past month, except it’s a bit more low-key now.

What traditions are you talking about, specifically? Did you miss the whole national anthem controversy? How about single income households - where did they run off to? I would love to know what “traditions” have been conserved.

lol - would you call Obamacare minimal intervention in the economy? How about quantitative easing? The federal reserve intervenes in the economy constantly. The federal government also gets involved to a large extent in local politics through education funding and law enforcement funding.

When? Ever since FDR there has been nothing but radical change focused on the destruction of America. Where have you been?

I’ve been thinking, in a way, the right is ideologically homeless right now.

That would be because the one at the top has no ideology. Even many on the right have acknowledged such.

Talk about a stupid and completely disconnected response.

Strict law and order enforcement with Trump in the White House

Are you a conservative? What is it that you stand for and believe in? If you want to bash conservatives and capitalism then let’s hear what your solutions are for replacing those constructs? Put up or shut up as the saying goes!

lol - would you call Obamacare minimal intervention in the economy? How about quantitative easing? The federal reserve intervenes in the economy constantly. The federal government also gets involved to a large extent in local politics through education funding and law enforcement funding.

And that is why not on person with the label of GOP voted for the ACA. A worthless law that increased government dependence as well as bloating government spending for piss poor healthcare.

Why do you think you find few conservatives residing in cess pool cities.

I certainly am not a leftist, a democrat, a progressive nor a RINO and tend to be an independent that believes in conservatism.

But then again you have shown your lack of knowledge to the extreme when it comes to stupid statement like what have conservatives conserved.

I just love when the right eats itself

Unlike the dementia that leftists suffer from! That is even funnier!

‘I, I, I Don’t Know’: Anderson Cooper Stumps Kamala Harris With A Single,...

What a completely idiotic and totally unsupportable premise.

Trump is an economic nationalist and “America Firster”. Some, even most of his positions align with the conservative movement but he has no core values of his own and I seriously doubt that many have been fooled.

Politicians come and go in this country but political movements and ideologies outlive them all.

Right! “Ideologically Homeless” is more of a blind vent of frustration than a true representation of present discourse of the individual who hold such ideologies!

I just love when the right eats itself

Trump has no ideological positions, he’s a Trump Firster, and has no qualms about manufacturing his brand overseas, staffing his properties with foreigners, and preaching to you and I that we ought to buy American and hire Americans…

This has nothing to do with this thread! As usual the in house clown has to try to derail another thread!

Establishment conservatives and republicans have managed to conserve almost nothing

That’s always been true. Look at how Reagan spent and just look at the record deficit spending Trump is doing…

Why be dishonest? There were supposed to be 3.00 in cuts for every new dollar of spending as part of the budget deal which democrats then never came through with.