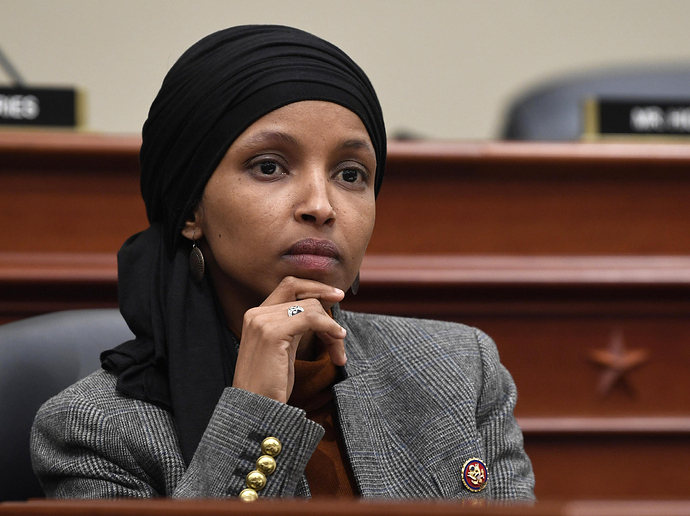 Whispering around DC is revealing that working for Ilhan Omar is one of the worst assignments on Capitol Hill.

The freshman congresswoman from Minnesota’s 5th District is gaining a reputation for treating her staff with nothing but contempt and disrespect. I overheard a few staffers chatting at the Capitol Lounge last night about Ilhan Omar’s penchant for demanding personal services at all hours from her staff. This is generally a frowned upon practice throughout government and particularly on the Hill. The staffers mentioned that Ilhan had her staff researching real estate for her, ordering her food, compiling shopping lists, going shopping for her, placing orders on Amazon, arranging for deliveries to her apartment, and drafting personal emails and text messages. If her staffers don’t perform these tasks fast enough or to her specifications, Ilhan Omar is said to get very aggressive and demeaning.

The staffers also mentioned that one of Ilhan Omar’s most seasoned staffers is ready to quit or file a grievance against her. Only time will tell if this comes to pass but that’s the latest from one of DC’s congressional watering holes.

None of this is really very surprising. She treats the country with disrespect and contempt so why wouldn’t she treat the Americans stupid enough to work for her the exact same way?

So she treats the people who work for her like she is the master and they are her slaves!

Wait - an African who illegally and fraudulently immigrated to this country is acting like a third world African dictator! Well color me shocked and send her skinny black ass back where she came from.

Well she carries herself like an entitled brat and now she has the power to command people to do things for her. That’s a bad combination for anyone on the other side of her demands. Hopefully the people who are riding her coattails wise up and jump ship. If they don’t then they deserve whatever punishment she dishes out to them.

Her staffers probably thought they would be wielding power over the masses. They just learned how Communism really works.

Sheila Jackson Lee is the same way, and has been famous (infamous) for being so. A third world potentate in her own mind- can you imagine working for her if you are White? The contempt would be constant, overt, and whenever possible- humiliating. A ropy turd in a congressional suite.

Is there a racial breakdown of her staff and does she treat them all this way or only whites and non- Muslims.

Of course! This should not come as a surprise when the current rhetoric from her SJW base is to insist whites pay for something they weren’t responsible for by supporting open discrimination! Her behaviour suggests that she is perfectly justified in her actions to be an entitled class because using victim status of the past, a past that she both wasn’t alive in Nor was a US citizen at the time (Nor were any of her ancestors) to prop up her hateful warped views to act like a jerk! The same goes for the rest of the clowns of the rainbow cars they drive around in and share! She assumes the role of entitlement class!

If Trump wins a second term and Republicans take back seats in the house, I will personally write her a thank you note and get it published for everyone to see even if I have to blackmail Bezos to do it!

Wow, a thread based upon hearsay, there’s far more evidence that the president is an asshole to those that work with and around him, but it gets dismissed out of hand. Very typical.

So she treats the people who work for her like she is the master and they are her slaves!

Are you always so easily persuaded by the whisperings of a brand new member…?

As I scrolled through the OP and ensuing posts I was thinking the OP appears to also be the sole source. Cool…

Yeah and you provide evidence Everyday that you too are an asshole! But yet somehow people tolerate your clown show! Go figure!

Monte isn’t an asshole . He has an alternate opinion than most of us and does make some sense.

You haven’t been around Long enough to know the other side of Monty Muncher!

I know Monte from another place . Some of his comments are a.liile hard to take, but I don’t take it personally. I’ll defend his right to freedom of speech like I would anyone else and I believe some are to hard on him.At least Monte and I have mutual respect for each other.

So, while I cannot stand Omar and anything she represents nor would I be at all surprised that this were true … There is nothing at all to backup the OP. No sources. So, playing devil’s advocate I’m going to take it as gossip for now.