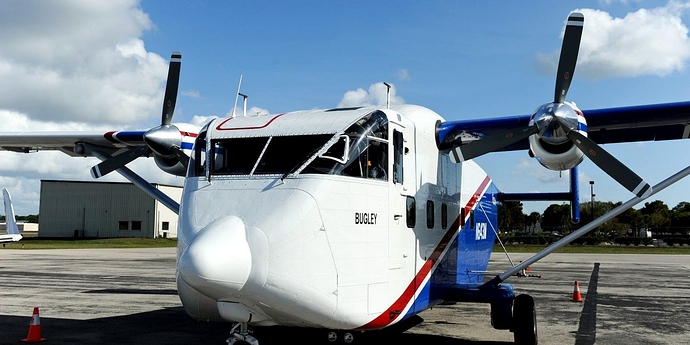 It was reported this month that the top climate change scientist for the National Oceanic and Atmospheric Administration has received $4 million in funding from Congress along with permission to study two highly controversial geoengineering methods in an attempt to cool the Earth.

According to Science Magazine, David Fahey, director of the Chemical Sciences Division of NOAA’s Earth System Research Laboratory, told his staff last week that the federal government is ready to examine the science behind “geoengineering” - or what he dubbed a “Plan B” for climate change.

What could possibly go wrong?

Before we go any further, it is important to point out to new readers that we are not a satire site. We are not a conspiracy theory site. The information you are about to read is factually accurate and 100% real despite the ostensible ‘skeptics’ who claim otherwise.

Over the past several years, the “conspiracy theory” of spraying particles into the sky to cool the Earth has become more mainstream. It came to a head last year when CNBC put out a video titled How Bill Gates-Funded Solar Geoengineering Could Help End Climate Change.

The video is nothing short of an infomercial for chemtrails. It is truly bizarre how this subject has moved from the fringes of conspiracy circles and into the mainstream and no one is even batting an eye. Now that Bill Gates has endorsed and funded it, the world is suddenly open to the idea of attempting to modify the planet’s weather by spraying chemicals into the atmosphere to block out the sun.

Now, the government is throwing their hat into the mix as well. This “Plan B” approach is two pronged, according to NOAA.

One is to inject sulfur dioxide or a similar aerosol into the stratosphere to help shade the Earth from more intense sunlight. It is patterned after a natural solution: volcanic eruptions, which have been found to cool the Earth by emitting huge clouds of sulfur dioxide.

The second approach would use an aerosol of sea salt particles to improve the ability of low-lying clouds over the ocean to act as shade.

The Free Thought Project has reported on the first method before when Harvard scientists began talking about doing it. Harvard scientists announced that they will attempt to replicate the climate-cooling effect of volcanic eruptions with a world-first solar geoengineering experiment, last year. The university announced in July of 2019 that it has created an external advisory panel to examine the potential ethical, environmental and geopolitical impacts of this geoengineering project, which has been developed by the university’s researchers.

Known as the Stratospheric Controlled Perturbation Experiment (SCoPEx), the experiment will spray calcium carbonate particles high above the earth to mimic the effects of volcanic ash blocking out the sun to produce a cooling effect. This appears to be the same as NOAA’s “Plan B.”

Naturally, there are many critics of geoengineering.

The idea of geoengineering the planet has become so controversial that the government will soon be referring to it by a different name in a likely attempt to distract. Fahey recommended changing the nomenclature from geoengineering to “climate intervention,” which he described as a “more neutral word.”

As not to be too controversial, however, Fahey emphasized that this is not an approval to begin geoengineering. Rather, it is a move by the US to prepare for the possibility that it may do this one day.

“Geoengineering is this tangled ball of issues and science is only one of them,” he said.

“One of the things I’m interested in doing is let’s separate the science out,” he added. The idea is to give policymakers a clear view of how a hurry-up bid to save the planet would work.

This type of talk is concerning to many people, including environmental groups, who say such efforts are a dangerous distraction from addressing the only permanent solution to climate change: reducing greenhouse-gas emissions.

The idea of injecting particles into the atmosphere to cool the earth also seems outright futile considering what scientists are trying to mimic - volcanic eruptions. If we look at the second largest eruption of the 20th century, Mount Pinatubo, which erupted in the Philippines in 1991, it injected 20 million tons of sulfur dioxide aerosols into the stratosphere. Scientists from the USGS estimated that this 20 million tons only lowered the temperature of the planet by about 1°F (0.5°C) and this only lasted a year because the particles eventually fell to back to Earth.

While this talk of geoengineering may sound like something out of a dystopian science fiction movie, the reality is that it has long been on the table of governments and think tanks from around the world. In fact, just last November, a study published in Environmental Research Letters, talked about doing the exact same thing—geoengineering and planes spraying particulates into the atmosphere to curb global warming.

What’s more, that study echoed the sentiments of then-CIA director John Brennan when he addressed the Council on Foreign Relations in 2016, detailing a similar process of spraying chemical particulates in the atmosphere to cool the planet.

At the meeting, Brennan addressed instability and transnational threats to global security at a meeting with the Council on Foreign Relations. During his long-winded talk of threats to US interests and how the largely CIA-created ISIL threat is impacting the world, Brennan brought up the topic of geoengineering.

Another example is the array of technologies—often referred to collectively as geoengineering—that potentially could help reverse the warming effects of global climate change. One that has gained my personal attention is stratospheric aerosol injection, or SAI, a method of seeding the stratosphere with particles that can help reflect the sun’s heat, in much the same way that volcanic eruptions do.

Brennan went on to echo the calls from some scientists who have called for aerial spraying. 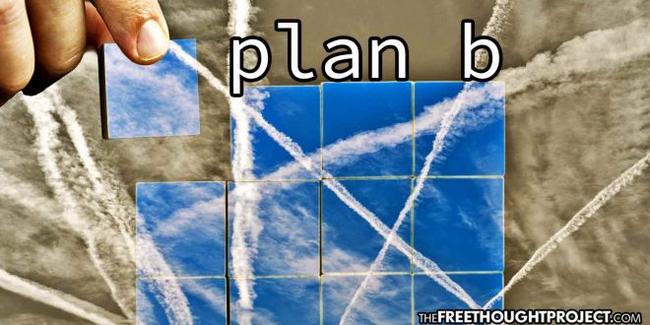 What could possibly go wrong?

Wait…so the government wants to spray chemicals out of airplanes? You mean…I’m not some insane conspiracy theorist?

I don’t buy into all of the conspiracy junk about chemtrails and all that but I don’t want the damn government flying overhead and spraying down ANYTHING on me or my family. That’s the bottom line.

I recall this idea did not work out too well in the Snowpiercer universe!

I agree with your sentiments @OldGuy

In the past, our government has on occasion thought it prudent to test out some nasty things on the public.

Typical of bureaucracy to be so behind the times.

The climate has always changed and it needs to do for reasons I believe are beyond anyone’s ability to comprehend.

Messing around with climate and the unforeseen consequences is dangerous.

Can we please just let the earth do what it has been doing for billions of years and stop thinking we are so great and smarter than nature?

A periodic solar event called a “grand minimum” could overtake the sun perhaps as soon as 2020 and lasting through 2070, resulting in diminished magnetism, infrequent sunspot production and less ultraviolet (UV) radiation reaching Earth — all bringing a cooler period to the planet that may span 50 years.

The last grand-minimum event — a disruption of the sun’s 11-year cycle of variable sunspot activity — happened in the mid-17th century. Known as the Maunder Minimum, it occurred between 1645 and 1715, during a longer span of time when parts of the world became so cold that the period was called the Little Ice Age, which lasted from about 1300 to 1850.

This could go catastrophically wrong so fast it’s hard to believe anyone could be dumb enough to risk it.

It does remind me though of the seventies when some of these same “best and brightest” folks wanted to put giant mirrors in orbit reflecting down on farmland to increase grain production by half or more and particularly to lengthen the growing season in the northern tier of states.

Oddly, nature solved the latter problem for us as “global warming” has increased the growing season by three weeks in Canada allowing for the first time double cropping of wheat, rye etc.

Someone needs to point out to these morons that throughout human history the “best times” for mankind have always been during the warm periods and the “hardest times” are when temps cool globally, and particularly in the northern Hemisphere.

I’m all for the advancement of science but damn, not at the possible cost of a new ice age.

Now magnify that effect due to some “climate scientist” saving us all by blocking another 10% of solar radiation from reaching the ground.

That ain’t likely to end too well is it?

These are the same “climate experts” that don’t understand that a blanket of insulation works in both ways.

While it’s holding heat in, it’s also preventing cold from getting in and vice versa.

If CO2 levels get high enough, the CO2 accomplishes the same thing.

The “problem” is always self correcting and has been throughout the history of the planet.

This is even dottier than going around the universe gathering up all the space junk with a magnet? But hey, it’s a government contract so money will be no object. ‘How do you get rich beyond your wildest dreams?’ ‘Get a government contract and the world will be your oyster.’ I wish I’d thought of it!!??

Nobody is going around the universe picking up space junk with a magnet.

Of all the futile, hopeless and stupid ratholes that they dump money down, this is a good candidate for the dumbest.

This is like trying to turn the Sahara into a garden of Eden by dumping planeloads of water.

I always said, ya just can’t have too many particles in the air. Taxes at work.

These are the same “climate experts” that don’t understand that a blanket of insulation works in both ways.

Funny how they call the other side “science deniers” when they themselves ignore 3rd grade physics and crying about the rising sea levels from melting glaciers. gathering up all the space junk with a magnet?

I do think that proposal is sensible, given how as recent as 2019, India’s spacecraft exploded and released untold number of space junk that travel at a great speed around the orbit, threatening not only existing satellites, space stations and astronauts, but future space travels as well, when one such event could cascade to many others, effectively blocking humanity into a cage of flying space bullets. 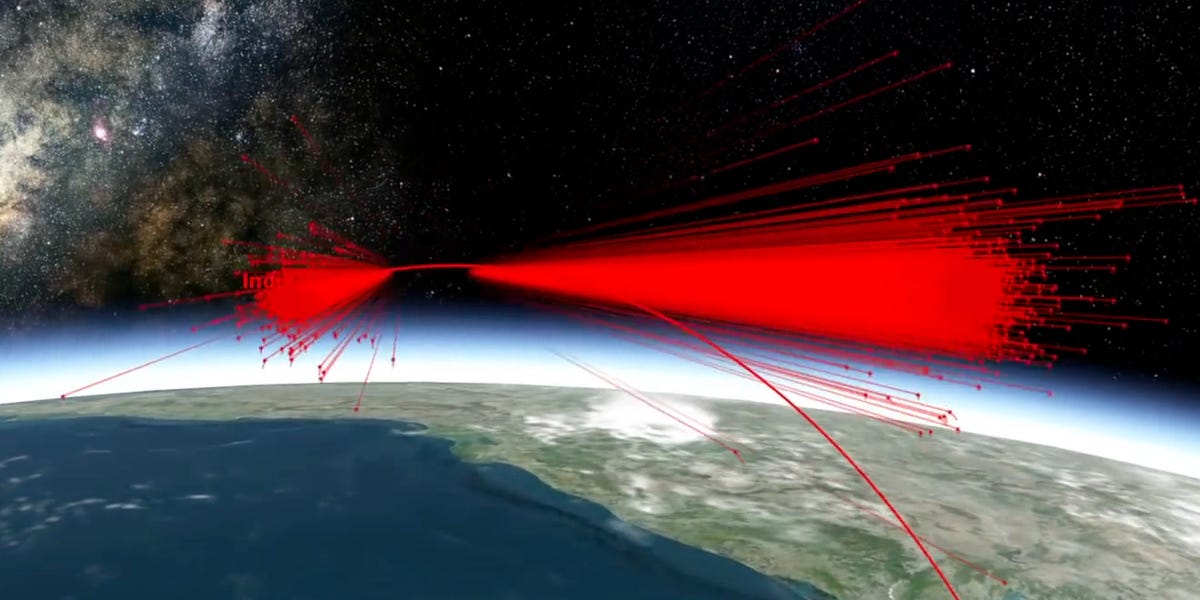 gathering up all the space junk with a magnet?

I do think that proposal is sensible, given how as recent as 2019, India’s spacecraft exploded and released untold number of space junk that travel at a great speed around the orbit, threatening not only existing satellites, space stations and astronauts, but future space travels as well, when one such event could cascade to many others, effectively blocking humanity into a cage of flying space bullets.

Um . . . you do realise how big the universe is??? Some space junk might be in orbit around Mars even as I type.

In all fairness glaciers aren’t already suspended in the oceans, they are sitting on dry land so when they melt it does raise sea levels.

What they won’t admit is that sea levels had risen 300-400 feet or more since the end of the last ice age before industrialization even began.

The glaciers are mostly gone except those at the highest elevations and highest latitudes so there’s very little more new melt water to add to the total volume in the oceans.

If it’s floating around the outer system it isn’t threatening anything in orbit around earth or the moon.