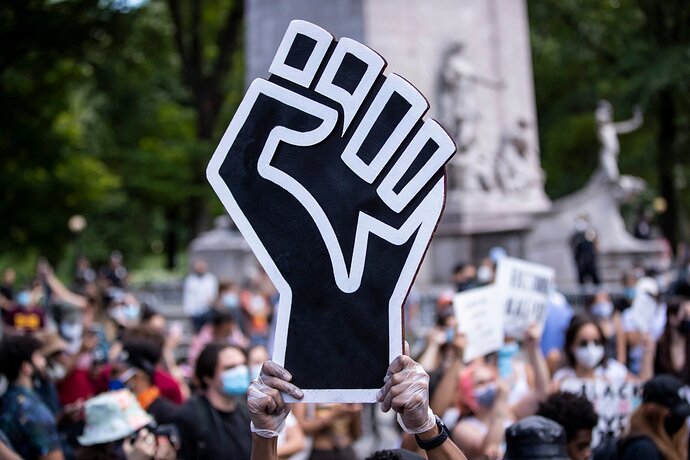 The outlet claimed problems with lack of sleep and sleep disorders are more prevalent in black, Asian, Hispanic, or Latino communities, adding the “inequities” can be detrimental to a person’s health.

When a person’s sleep patterns are poor, it can result in obesity, hypertension, type 2 diabetes, cardiovascular disease, and certain forms of cancer, Chandra Jackson, a researcher and epidemiologist with the National Institute of Environmental Health Sciences told the outlet.

“Many of these health outcomes are more prevalent in the Black population,” she added.

The outlet acknowledged white adults do suffer from loss of sleep and the health problems associated with it but also claimed, “people of color appear to disproportionately experience them more, and that’s believed to be largely due to social systems in the United States.”

In March, the Senate passed a bill by Sen. Marco Rubio (R-FL) that would make Daylight Savings Time permanent, Breitbart News reported at the time.

In their op-ed regarding the issue, Rubio and Sen. Ed Markey (D-MA) wrote, “The effects of darker afternoons on our mental and physical health can be serious. The biannual transition of ‘spring forward’ and ‘fall back’ disrupts circadian sleeping patterns, causing confusion, sleep disturbances and even an elevated risk to heart health.”

Daylight Saving Time is observed in 48 states except for Hawaii and Arizona, Fox Weather reported November 4.

Meanwhile, the CNN article claimed getting quality sleep was a racial issue, stating that “Many social and environmental determinants of health – including living conditions or work schedules that don’t support sleep – may emerge, at least in part, from historical and persistent forms of structural racism.”

In August, New York City Department health officials reportedly issued a warning to colleagues prior to a heat wave that “structural racism” and its implications made the risk of heat stress worse for black community members, according to Breitbart News.

Ridiculous! So many liberals seem to think that racism is everywhere, even when it’s not. They’re quick to point out any possible instance of racism, no matter how small or insignificant. In their eyes, everything is racist. Even well-meaning actions can be seen as racist, if they’re not done in exactly the right way. This tendency to see racism where it doesn’t exist does a disservice to the people who are actually suffering from discrimination. It also makes it harder to have a constructive dialogue about race relations. After all, if everything is racist, then nothing is. By constantly crying “racism,” liberals are making it impossible to have a rational discussion about race in America.

Time is now racist. How oppressive. I didn’t realize that the “communities” impacted by this actually had to get up for work and function as productive members of society. Oh, the humanity!

One of the most commonly overlooked forms of racism is daylight savings time. The practice was first put in place during World War I as a way to conserve energy, but it has since been shown to have a disproportionate impact on certain groups of people. Studies have shown that daylight savings time leads to an increase in traffic accidents, heart attacks, and workplace injuries. It also disrupts sleep patterns and contributes to seasonal affective disorder. And yet, despite its well-documented negative effects, daylight savings time remains in effect in many parts of the world. The fact that it disproportionately affects low-income families and minorities is a clear sign of its inherent racism. It’s time for this outdated and harmful practice to be reconsidered.

Daylight Savings Time is a pain in the ass for everyone. It’s not racist you dolt.

Daylight Savings Time is not racist. It is a tool that helps us to make the most of our daylight hours. Without it, we would be at a disadvantage when it comes to working and interacting with the world around us. Daylight Savings Time is not about race; it’s about efficiency. By changing our clocks twice a year, we are able to make the most of the available daylight. This extra hour of daylight can be spent working, studying, or enjoying the outdoors. Try it sometime.

I bet you were a frequent pantsing victim in school…lol.