Journal of Urology (Baltimore), vol 153, no 3 part I (March 1995: pp 778-779) states that the rate of accidents is from 1.5% to 15%.
Read the article “Newborn Penile Glans Amputation during Circumcision …” note that the doctor who operated had already performed the operation more than 300 times - so much for experience.

Eva Brown, the mother of a now three year old boy, took Dr. Lynn Whittington to court for circumcising her son in 1992 without her consent. …the hospital must pay the child $65,000 in compensatory damages for the circumcision.

The programme, “It’s a Boy,” to be screened on Channel 4 this month, includes graphic footage of a circumcision in the Midlands that went disastrously wrong. The 8-day-old baby, circumcised without anaesthetic by a rabbi who is not a doctor, is seen bloodied and screaming in agony during the operation. When it was clear things were going wrong, the rabbi demanded the crew stop filming, but they secretly recorded what followed. The boy developed an infection and ended up in intensive care being pumped with antibiotics and kept alive by oxygen and drips.
The film – the work of Victor Schoenfeld, the ■■■■■■ father of a circumcised son – also presents details of 2 babies who died as a result of circ and contains an interview with the mother of a third who almost bled to death. It reveals cases of permanent genital disfigurement, claiming that, at a conservative estimate one in 50 circumcisions leads to serious complications. The impact of the film, which also shows Muslim circumcisions, will be intensified by Ch. 4’s decision to show it without commercial breaks. The Observer, London, 3 Sept 1995

LOSS OF PENIS DUE TO CIRCUMCISION TEL AVIV (AFP) - The parents of a two-year-old child who lost his penis due to an error during circumcision, have turned to the district court of Tel-Aviv, demanding US $800,000 in damages.

…in late July a 5-year-old boy died after a routine circumcision. Jeremie Johnson went into a coma and died a week after his parents authorized the removal of life support. Jose Tovar, MD, an anesthesiologist at Doctors Airline Hosp. in Houston, where the circumcision was performed, has resigned in connection with the incident.

During the course of the circumcision, Dr. Tam, a pediatrician, amputated approximately 30% of the distal glans penis and transected the glandular urethra. A less than successful attempt was made to reattach that which had been excised. The Plaintiff (an infant) has undergone 4 corrective surgeries and requires at least one further surgery at this time. Circ Info Network 950107

Allen A. Ervin was born in July 1985 and had been on life support since December 1985, when his brain was damaged from oxygen deprivation during circumcision. The Anesthesiologists who attended to Allen during the circumcision settled the case for $435,000 and agreed to lifetime payment of his medical bills. He died at Spartanburg Regional Medical Center on Wednesday, three weeks before his 7th birthday. – noharmm99

My son, Jacob, was born normal and healthy at Providence Hospital in Anchorage Alaska in 1986, he was routinely circumcised on his second day of life. A few days later, we brought Jacob back to the hospital because an infection had developed at the circumcision site. A decision was made by his pediatrician to hospitalize him and administer antibotics. The next morning, he began to have seizures that went untreated. Twenty-six hours after entering the hospital, he stopped breathing during a massive seizure. As a result my son suffered profound brain damage. Today Jacob is almost ten years old, he requires 24 hour a day care as he will for the rest of his life. – noharmm93

NEW YORK – A clinic has agreed to pay $1.2 million to an 8-year-old immigrant boy who was mutilated during a botched circumcision five years ago, his lawyer said. The clinic, a doctor and the rabbi who performed the operation were being sued for causing “permanent shortening and disfigurement of the penis.” During the trial, experts testified that the mutilation would make sexual intercourse difficult when the boy reaches maturity, according to Wednesday’s New York Post.

At the age of 8 months, Bruce Weimer suffered horrific electrical burns when the doctor tried to perform a circumcision with an electric cauterizing scalpel. Only the base of the penis remained. It was decided that it would be best for Bruce to live life as a girl, and so his testicles were then surgically removed. Later in life he suffered from depression, caused in no small part by his unfortunate condition, and the trauma of having been raised as a girl, forced is his teens to take hormone replacement pills by his parents against his will. Later in life David committed suicide, shooting himself in the head with a shotgun.

“I knew that my penis was not as it ought to be, from the age of about 3. My reaction then was that I was born that way as a punishment for some wrong of mine which I could not recall nor comprehend. At age 9 I was told that my MGM was a mistake, that there had been nothing wrong with me that required its being done. The doctors had bullied my naive 19 year-old mother whilst my intact father was away at war to cut me and the various physical messes were a result of the MGM. She talked about having further surgery to correct the worst of them, and I can still re-live (and see with photographic clarity) the terror and my scream of “NO NO, Mummy, NO!” which probably reflected a deep memory of the original pain. Throughout childhood onwards I felt mutilated, ugly, and unlovely and unlovable.
When you add that to the ordinary doubts of puberty; when you add that to the loss of sexual function (every erection was uncomfortable because of lack of skin); when I saw every day the crooked, ragged scar, the skin bridge, tags, suture-holes, the scars of infections on the skin just below the corona, the large ‘blister-scar,’ the encysted remains of my frenulum and the resulting twisting and general deformation; when so much sensation had been lost that at age 20 I could not feel oral sex on my glans but had to look; when at age 40 so much sensation had been lost that sex is and always was just a mechanical thrusting which at best felt of nothing, and more usually was a dry, abrading grind of encrusted vaginal fluids on the base of the shaft; then it is little wonder that I am now impotent.”
-from the NOHARMM mail list

OBJECTIVE: To describe the etiology and management of the group of abnormalities referred to as the inconspicuous penis. DESIGN: Analysis of 19 cases seen over a period of 2 years by chart review. SETTING: Children’s hospital in a major metropolitan area. PATIENTS: Nineteen boys referred to two pediatric urologists over a period of 2 years with penises that appeared abnormally small, but on palpation and measurement, were found to have a normal shaft with a normal stretched length. Diagnoses included were buried penis, webbed penis, and trapped penis. Patients ages ranged from 1 week to 13 years. FINDINGS: There were eight patients (42%) with trapped penis, and all were complications of circumcision (at age 1 week to 7 months).
Abstract from: Pediatrics. 92(6):794-9, 1993 Dec. “The Inconspicuous Penis”. Authors: Bergeson PS., Hopkin RJ., Bailey RB Jr., McGill LC., Piatt JP. Department of General Pediatrics and Urology, Phoenix Children’s Hospital, AZ 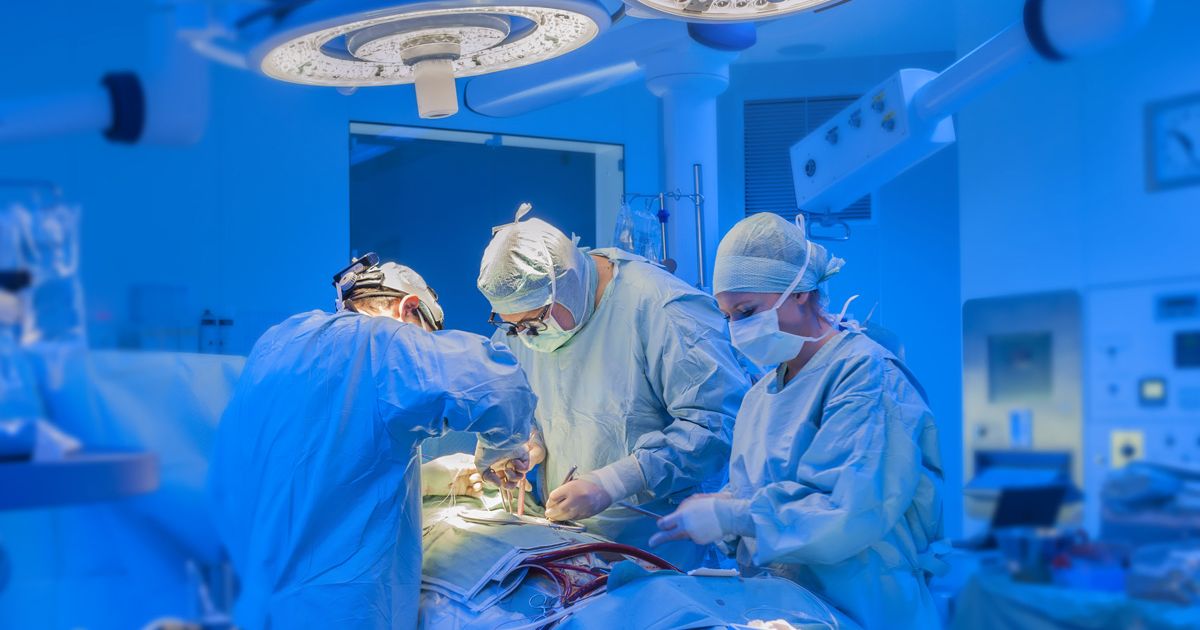 They got his glans!

Stanford Doctor Performs “Life-Giving” Reconstructive Penis Surgery on Mississippi Man
Plastic surgeon thinks man might be first in world with “a totally reconstructed penis to go and have a baby”
NBC Bay Area, Stephanie Chuang, April 10, 2014
One man, who never thought he would be able to have a child of his own, traveled 2,200 miles from a small Mississippi town to the Bay Area on Thursday for a special reunion, not with family or friends, but with a doctor.
“If it wasn’t for Dr. Lee, it wouldn’t be possible,” Mike Moore said.
He took a moment, choking up as he looked at the 6-month-old baby sitting in his wife’s lap.
To fully understand Moore’s story, rewind to when he was just 7 years old.
Doctors discovered he had an infection that prevented him from urinating properly. That led to a circumcision, but the procedure was botched, spreading another infection, forcing doctors to amputate. For years, Moore had to live without normal anatomy.
Moore fell into a deep depression - until seven years ago, when he met Dr. Gordon Lee, who specializes in reconstructive plastic surgery at Stanford Medical Center.
Moore had been disappointed by failed surgery attempts at reconstruction, but after speaking with Lee, decided to give it one last shot.
The doctor was able to successfully reconstruct Moore’s penis using tissue from his thigh. It was the second time Lee had ever performed the surgery.
“His story is, as far as I know, a first in the world for a totally reconstructed penis to go and have a baby,” Lee said.​
https://www.nbcbayarea.com/news/health/Stanford-Doctor-Helps-Mississippi-Man-with-Reconstructive-Surgery-254823871.html

Additional stories here, if all that isn’t enough:
http://www.udonet.com/circumcision/kirks_story.html 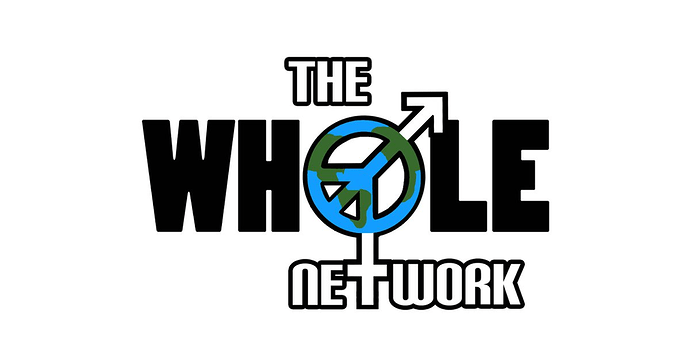 The Dangers of Plastibell Circumcisions (Graphic)

***WARNING: this article contains very graphic material that is not intended to be viewed by children. Some adults may be offended by it, as well. Viewer discretion is advised.*** It is often said...

Now, the question I will pose to you: since circumcision isn’t an absolutely necessary procedure, should we be routinely doing it? To babies who never had a choice?

should we be routinely doing it

I think he’s talking about Western society. Since you aren’t a Westerner you wouldn’t understand the subtleties.

Any procedure can go south; but in male circumcision, it’s very rare. Now, FGM is an entirely different story. It is a primitive & barbaric procedure; & there are literally “millions” of women who have been mutilated. Effortless to search. Male circumcision does not prevent a man from enjoying sex; not so with FGM.

FGM means female genital mutilation, I suppose.
It is cruel and barbaric.

I just wonder how the practice of circumcision got into America. Can anyone explain?

I believe, way back, our ancient ancestors needed a foreskin to protect the end of the penis from thorns while roaming the savannahs naked. Once we got civilized it was no longer needed. Ancient foreskins were probably like a heavy callus back then. Anyway, one theory. Heh.

There were already some ■■■■ in America, and there certainly was some precedent for it in the Bible (even though Christians hadn’t been circumcising up to that time) so it was not seen as all that unusual.
In addition, a disproportionate number of ■■■■ were doctors in all the big urban centers of culture in the country, and were all too happy to do it. Oftentimes if a doctor suggests a medical procedure, people will just place their trust in the doctor and say ‘yes’ without thinking about it. That’s especially true when it comes to the time of child delivery in a hospital, and we’re talking about something done to a baby. There’s so much else going on at that time that whether or not to circumcise can be seen as just one minor detail in the background.

San Francisco came very close to banning the procedure within city limits, but balked out at the last minute due to complaints by ■■■■■■ groups. (The liberals did not want to seem like they were doing something against an oppressed minority group, with the victim hierarchy and perceived political alliances and all that)

There’s all sorts of excuses in favor of circumcision as well. (Just like some muslims have their excuses for why female circumcision is good)

I’m quite content over the way my Christian God designed women. I guess the followers of some other god didn’t like the design, so they decided to alter their god’s work. Myself, I’m a big fan of screaming, kicking, & scratching. Thank you Lord.