For some of us who has seen war up front and personal and who have had family members who told the stories of WW 1 these story is one that is a stark reminder what the spirit of Christmas is all about. A moving tribute in remembrance that even in brutal times in war that cessation in hostilities to observe the birth Christ is still possible. The Christmas Truce was a series of widespread unofficial ceasefires along the Western Front of the First World War during Christmas 1914. Peace and goodwill amid the chaos of war.

Men from both sides ventured into no man’s land to mingle and exchange food and souvenirs. There were joint burial ceremonies and prisoner swaps, while several meetings ended in carol-singing. Men played games of football with one another, creating one of the most memorable images of the truce. 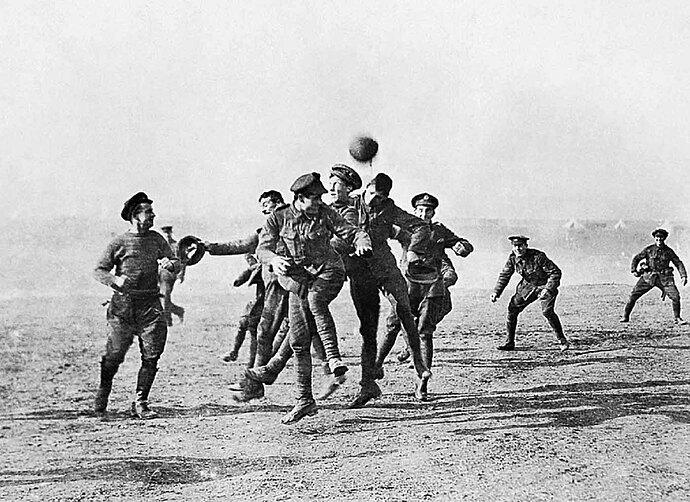 This scum bag is changing my post titles now.