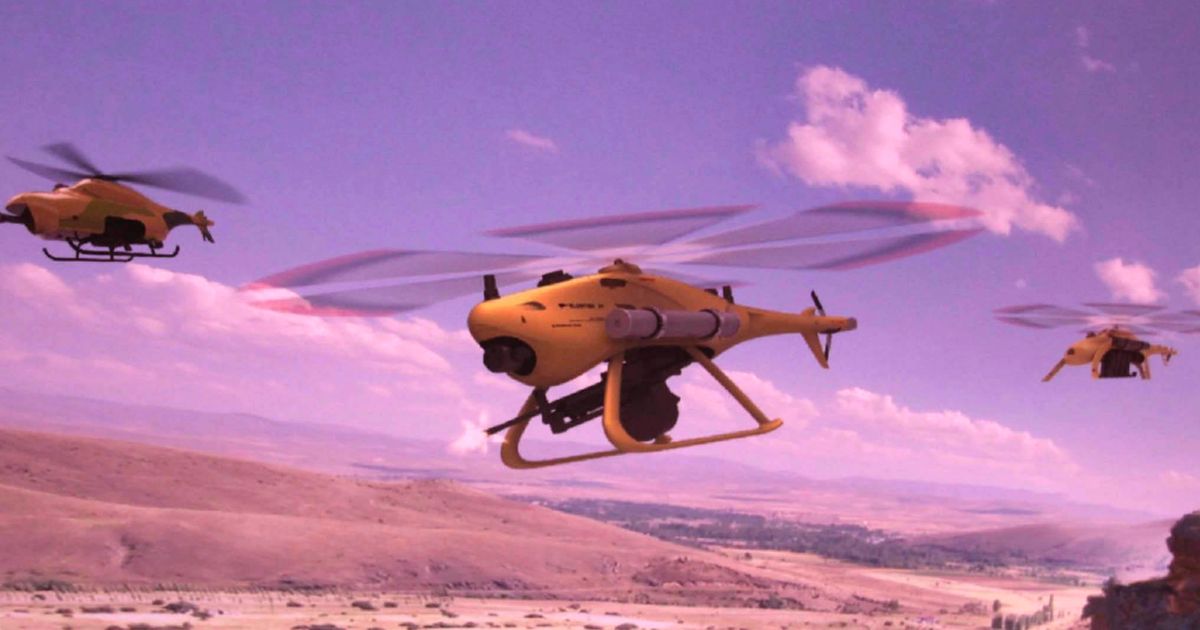 China is selling its most advanced “fully autonomous” military drones with fears that it could lead to a bloodbath in the Middle East.

The Asian superpower is reportedly selling AI-enhanced combat drones to the region, with potentially disastrous consequences.

Prof Toby Walsh, of the University of NSW, in Australia, said: “They would be impossible to defend yourself against.

“Once the shooting starts, every human on the battlefield will be dead.”

This could be as much of a game changer as the machine gun was in the first World War.

Won’t DARPA robots do the same?

I don’t know. School me on DARPA robots, please?

I seriously doubt that Chinese robots would actually do much or anything. They need to rely on stolen technology and pirated software coding.

Those robots that Boston Dynamics are building are the ones to worry about. Thanks for the info.

By the way, I ALWAYS ALWAYS ALWAYS jump to the conclusion that anyone who casually dismisses the capabilities of our adversaries is foolhardy.

You NEVER want to take lightly your opponent’s strengths or his ability to surprise you and f you up.

You never want to take your superiority for granted.

Always take the view that you are a point or two behind.

This is also clickbait trash.

They picked up some random Australian professor to repeat the plot of the Terminator. Retarded.

No robot will ever exist that has the eye - hand coordination of a human.

But now I am interested in why this so excites your passion, Nature Boy.

(Not meant to offend.)

I’m not really seeing an issue with this. Are people concerned that these robots will go nuts and kill every living thing in the Middle East?

Yeah I see nothing but limitless potential and opportunity here. Plus if these AI kill machines really do take everyone out then China will have to shoulder the blame for that…and they probably won’t even care

No robot will ever exist that has the eye - hand coordination of a human.

They are already here.