"Childfree" videos are the most anti-white place on the internet 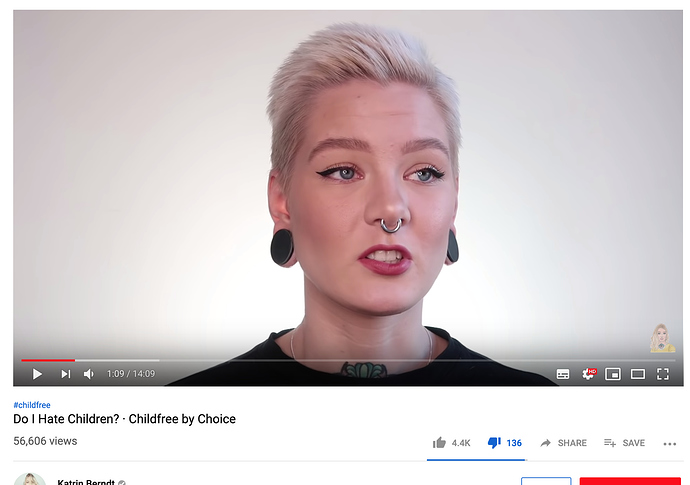 Thousands and thousands of young white women (and it’s always white women doing this lifestyle) praising decadent and selfish individualism and basking in a decaying late capitalism instead of caring about culture, humanness and anything deeper than a selfie.

Check out the comments: https://www.youtube.com/watch?v=fOcdy2wrIJM

All of those women are just parroting one another. Once they turn 40 and their looks are gone, they are childless, undesirable, surrounded by cats, and are absolutely miserable to be around they will look back and realize the mistake that they made in their life. By then it will be too late to do anything about it. Most will probably just off themselves. Shame - many of them would make beautiful wives and mothers.

This is a very depressing movement. Brought to you by the same fuckers pushing for open borders. These girls bought into a lie. It’s their fault that we will be replaced.

Men are natural leaders, providers and the head of the family.

These women need to find men, start families, and start living the lives they were supposed to live. The man is the defender. The woman is the nurturer. Your children are your legacy.

Most will probably just off themselves. Shame - many of them would make beautiful wives and mothers.

We all know who is behind this “movement” it’s the same answer every time.

and look at the comments below her video that she’s liked (If a man wants to be childfree, most people will not ask questions… If a woman wants the same thing, people will never stop asking questions (just saying…)﻿ ) this is not a true statement and it contradicts what she said in her video about not knowing what social pressures men experience when deciding to go childless she is pushing the progressive gender war When someone looks like that – yeah, they hate children. That look is a statement. They’re telling you that they are against normalcy and traditional values and they’re willing to be provocative about it. She could choose to be a 10/10 Aryan goddess but instead she mutilated her body and her natural female beauty just to say fuck you to the world. Oh well, these people will only be easier to find on DOTR.

These videos promoting a child free lifestyle to young white women in Christian countries will have to be saved as evidence of genocide against whites.

They never use blacks in these videos. They never target black or other minorities, only whites. Where is the diversity from this project? How come everything is always filled with ethnic minorities but for the videos which promote childlessness?

This is solid evidence of what is going on. All participants and related entities should be prosecuted.