"In an interview with Bisnow, Chick-fil-A President and Chief Operating Officer Tim Tassopoulos announced that the famous fried chicken chain plans to make significant changes in which charities it donates to, in part because “as we go into new markets, we need to be clear about who we are.” Amid continued boycotts of the highly popular and successful chain over its donations to supposed “anti-LGBT” groups and causes, Tassopoulos revealed that the company’s foundation will no longer donate to some high-profile Christian organizations." 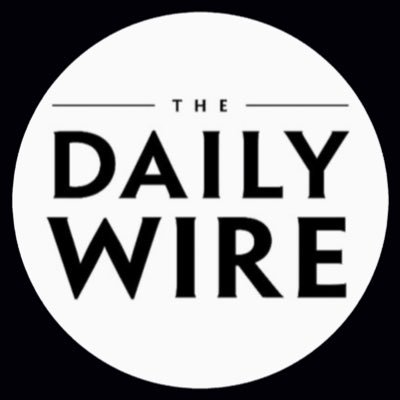 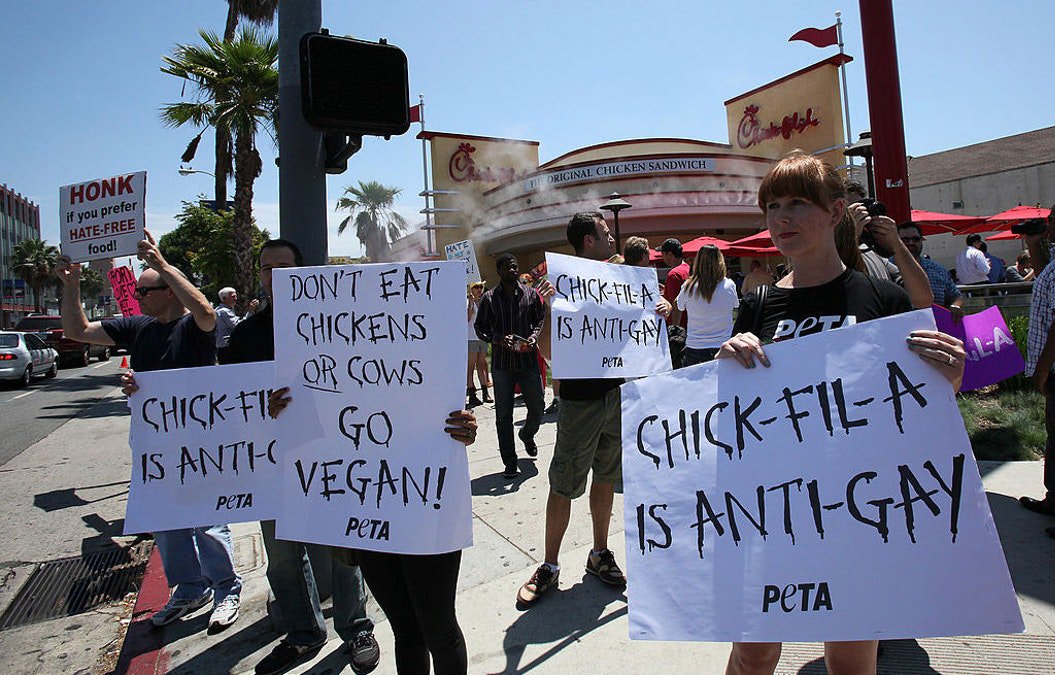 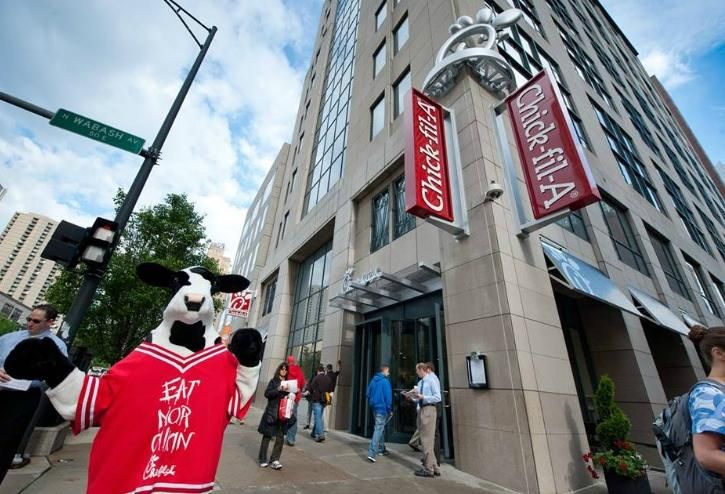 EXCLUSIVE: Chick-fil-A To Stop Donations To Charities With Anti-LGBT Views

Chick-fil-A plans to change its charity structure after LGBT protests blocked the company from expanding in several U.S. airports and at locations abroad.

They’re just changing the scope of their donations. It has nothing to do with gays.

Fuck that dude. They caved. I pretty much never eat fast food but if I find myself hungry on the road or pressed for time, I guarantee you I won’t be going to Cuck Fil Gay.

I’ll still eat there. It’s better than waiting in a long line just to get murdered at Popeyes. Plus, they never run out of chicken sandwiches.

Leftists got the news then started demanding that Chick-fil-A start donating to LGBTQ organizations. Give an inch, take a mile. 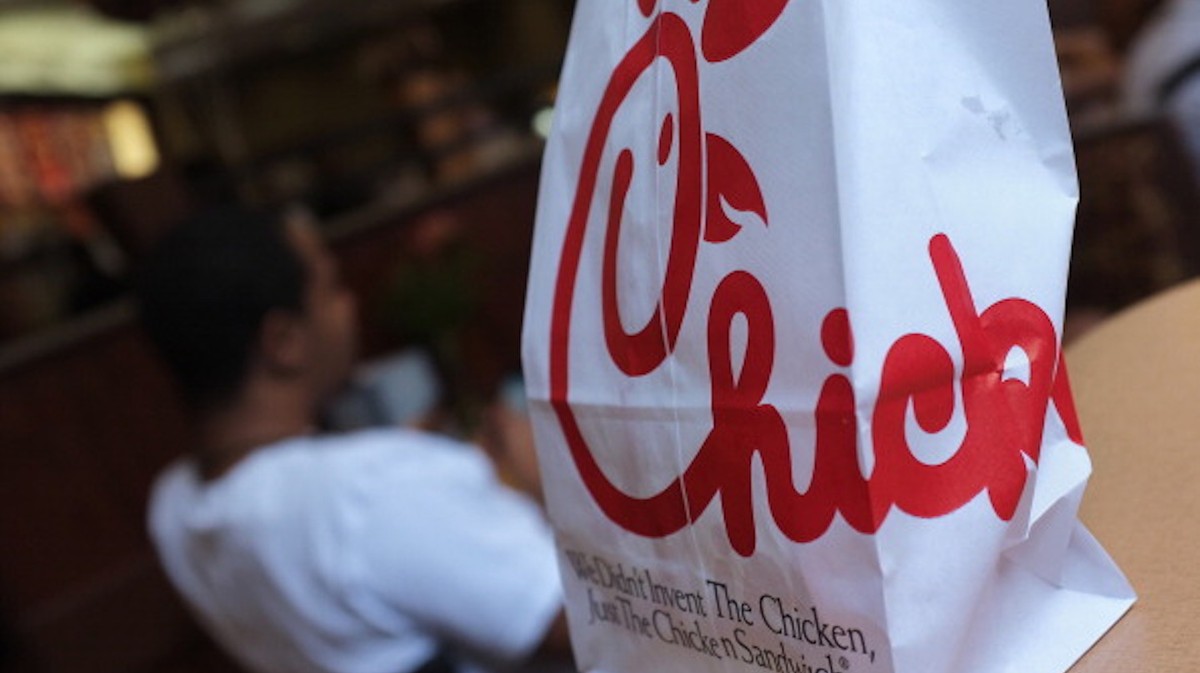 "No organization will be excluded from future consideration—faith-based or non-faith-based," the company told VICE.

I don’t agree with Riders decision, however as a PRIVATE school they are within their rights to make this decision.
This is a good fast food chain that closes on Sundays to give employees tome off with the family. How many others do this. Iwill continue to patronize Chick- Fil-A as the decision was made on business considerations .
The protests should be aimed the places that won’t extend the leases or won’t approve their space at airports etc.

In my opinion, the religious prohibition collides with the belief that homosexuality is a choice.

And they cancel each other, for the most part.

There are also a minority of people who probably believe Gays and Lesbians are born that way, but dont care whether they are or not, their religious belief says they are teh bad.

I have relatives who were born Gay and they have to worry about being hated and hurt by Christians and Muslims and non denominational homophobes and atheist homophobes and pandering, wrong headed Democrats.

So, Chik Fil A’s action means progress for them.

Imagine being persecuted for something you have no control over.

Is any Christian group that is not anti-homo, or at least deemed so by the left, really Christian?

will instead focus on three initiatives with one accompanying charity each: education, homelessness and hunger.

So stuff that is utterly redundant with the government, secular charities, leftist causes, etc. A total waste of time and money. We have free education for minors, almost all homeless are derelicts that burned every last bridge by lying to and stealing from every friend and family they had, and there are no hungry children in this obese nation full of free school breakfasts and lunches. If I wanted to throw away money, I’d buy a lottery ticket.

Quite a different attitude towards it all when you have personal experience with it.

Bad move by Chick-fil-A. They just lost a segment of their customer base in an attempt to please a non-customer base that was never going to frequent their establishments anyway. A royally stupid move and whoever thought this was a good idea in the Chick-fil-A leadership chain needs to get shitcanned.

It’s quality fast food. I also like Wendy’s on occasion. My dog won’t eat Mac or BK. I guess the dog can smell what I can’t. I guess with enough pressure, any business will cave; or at least regroup. I’ll still stop at Chick-Fil-A.

The cult of wokeness strikes again. Why are we letting the 1% who are bullies and always needs something to be outraged about rule over the rest of us?

Well now there is this, what is really going on with Chick-Fil_A essentially they sold out! 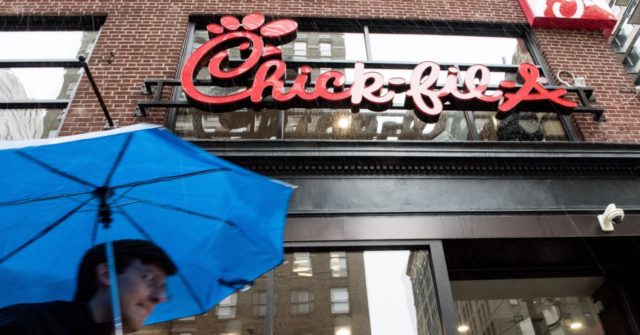 Nolte: Chick-fil-A Sells out the Christian Faith for Greed

Chick-fil-A is not even hiding the fact that it is selling out its faith for a buck, choosing money over Christianity.

Certain things are wrong whether you have personal experience with it or not.

When you discriminate against people because of things beyond their control, like skin color or sexual preference, it is wrong because it is not fair to the persecutor or the persecuted.

Religion is a choice.

Certain things are wrong whether you have personal experience with it or not.

Well sure. But I’m just pointing out the reality of how personal experience guides ones perspective on really anything.

This article is worth the read from American Greatness.

Away they now move from the ethical vision that translated into a consumer experience which was superlative, positive, and earnest, filled with joyful and genuine enthusiasm for the good; with employees’ smiles never failing to reach their eyes with kindness, a joy that imbued the full experience of enjoying their food with a positivity unique to Chick-Fil-A.

Expect all of that to change. Expect the earnestness to be replaced with saccharine halfheartedness as corporate culture informs the culture canaille. But beyond that, expect Chick-Fil-A, in due time, to become a full-throated supporter of the causes that once screamed loudest to shut it down.

I’m afraid they will cede ground further and further to the left. They will hold out for a short period of time to globohomo and hold that as the last bastion of resistance to the public perception. Meanwhile up in the ivory tower of corporate they will be surrendering ground to all things left while the public is blinded by the farce of anti LGBTQP. 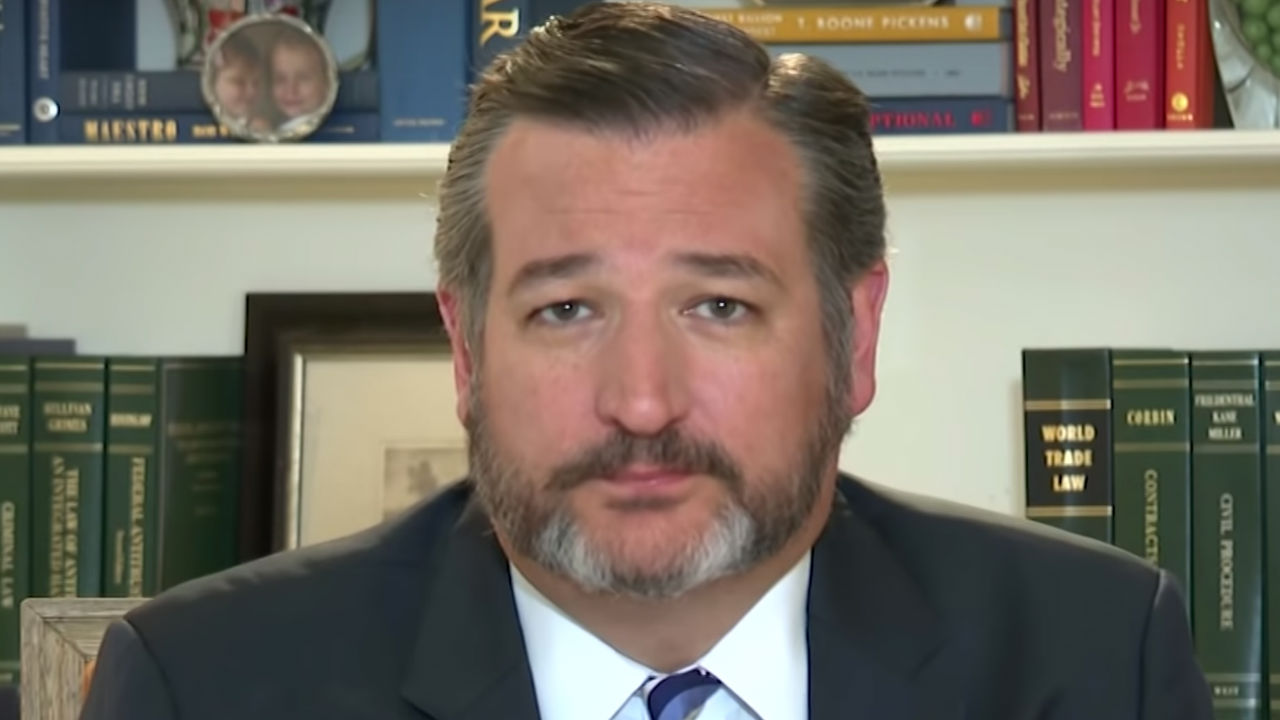 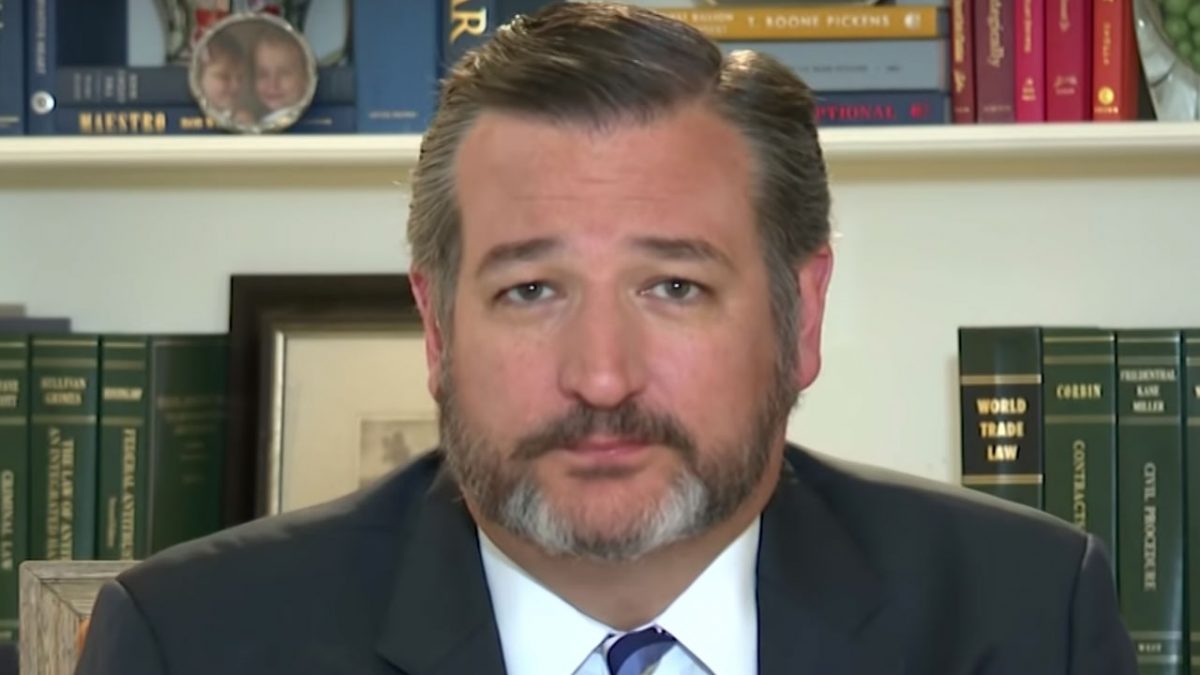 Sen. Ted Cruz (R-TX) became the latest conservative figure to call out Chick-fil-A, Wednesday, after the chicken chain made a donation to the Southern Poverty Law Center (SPLC). Linking to a Breitbart