Finally, a military pilot steps forward and completely blows the lid off the unlawful and exceedingly destructive Global Chemtrail Program. What follows is a video which puts forth a true story about a courageous pilot who has broken ranks with his chemtrailing peers. In so doing he has risked his life and the life of his family. As you listen to this presentation, or read the text provided below, bear in mind that chemtrails are being sprayed 24/7 around the globe with terrible consequences. 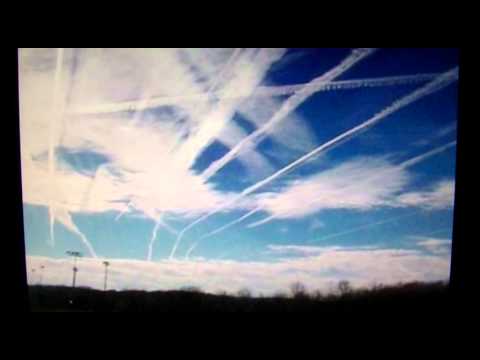 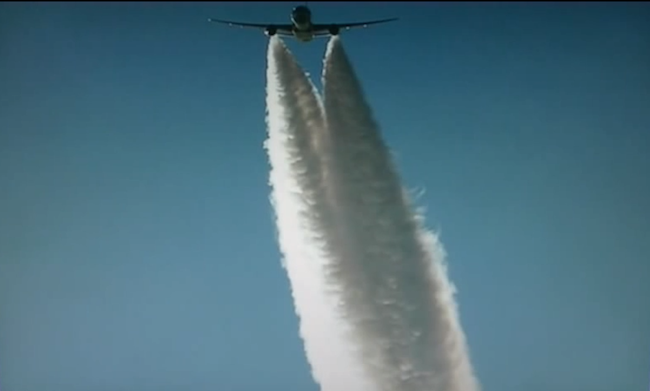 Those are contrails not chemtrails. They are often in a pattern as a result of flight paths.

A contrail is actual condensation and dissipates rapidly. It’s similar to how you can see your breath when it’s cold. Chemtrails are aerosol micro fibrous metals that hang for hours spreading slowly and forming a haze.

It is well documented and referred to as geoengineering.

It takes minimal effort to debunk chemtrails for yourself.

I always wondered about this persistent subject. What is the objective of chemtrails? Why do they occur in first place?

I don´t know much about chemtrails theory, but before I ever read anything about it, I realized all these “clouds” the planes produced would expand and just not leave.

And something else I realized for a long time now is, that the sky isn´t as blue as it was in my childhood. I am not being nostalgic or something. I don´t know, if the chemtrails are the cause of it but I don´t like it.

Spraying intensity coincides with geomagnetic storms, CMEs and other space weather events that can threaten the grid.

Look UP every day.

Ask yourself, is what I see “natural”? If what you see in the sky was NOT made by God, then ask yourself, WHO put it there, WHAT is it and WHY is it up there?

Edward Snowden: There is no evidence for aliens and chemtrails. I had ridiculous access to the networks of the NSA, CIA, the military, all these groups. I could not find anything. If it is hidden and it could be hidden, it is hidden really damn well, even from the people who are on the inside.

There is no wind at cruise level altitude so the water vapor of aircraft engines stays around longer than usual. With the large number of aircraft flying overhead all over the world, you get visuals like the OP vid. This is very basic science.

OP strikes me as a link builder, not interested in conversation or shitposting.

Contrails dissipate in a matter of minutes.
Chemtrails stay and expand. They can make a bright sunny day into a gloomy overcast day in a matter of a few hours.

These clouds have telltale patterns and slowly come down to surface level, forming a thin haze in the air which people breathe.

Biggest problem is, we don’t know what kind of chemical compounds they entail.
Particles of aluminum for sure, but there are biological and even radioactive particles depending on the region.

Some people are more sensitive than others and manifest different symptoms, like headache, ringing in the ear, fatigue, etc. Even dogs get red eyes.

Researchers in Japan traced these planes to Kadena, Okinawa, where the US Air Force has a major base.

I was Kazakhstan a few years ago, and was surprised to see chemtrails there.