A majority of “non-citizens,” including those with legal green card rights, are tapping into welfare programs set up to help poor and ailing Americans, a Census Bureau finding that bolsters President Trump’s concern about immigrants costing the nation.

In a new analysis of the latest numbers, from 2014, 63 percent of non-citizens are using a welfare program, and it grows to 70 percent for those here 10 years or more, confirming another concern that once immigrants tap into welfare, they don’t get off it.

The Center for Immigration Studiessaid in its report that the numbers give support for Trump’s plan to cut non-citizens off welfare from the “public charge” if they want a green card that allows them to legally work in the United States.

“The Trump administration has proposed new ‘public charge’ rules making it harder for prospective immigrants to qualify for lawful permanent residence – green cards – if they use or are likely to use U.S. welfare programs,” said CIS.

“Concern over immigrant welfare use is justified, as households headed by non-citizens use means-tested welfare at high rates. Non-citizens in the data include illegal immigrants, long-term temporary visitors like guest workers, and permanent residents who have not naturalized. While barriers to welfare use exist for these groups, it has not prevented them from making extensive use of the welfare system, often receiving benefits on behalf of U.S.-born children,” added the Washington-based immigration think tank.

The numbers are huge. The report said that there are 4,684,784 million non-citizen households receiving welfare.

In their report, Steven A. Camarota, the director of research, and Karen Zeigler, a demographer at the Center, said that in census data, about half of those are in the United States illegally.

Their key findings in the analysis: 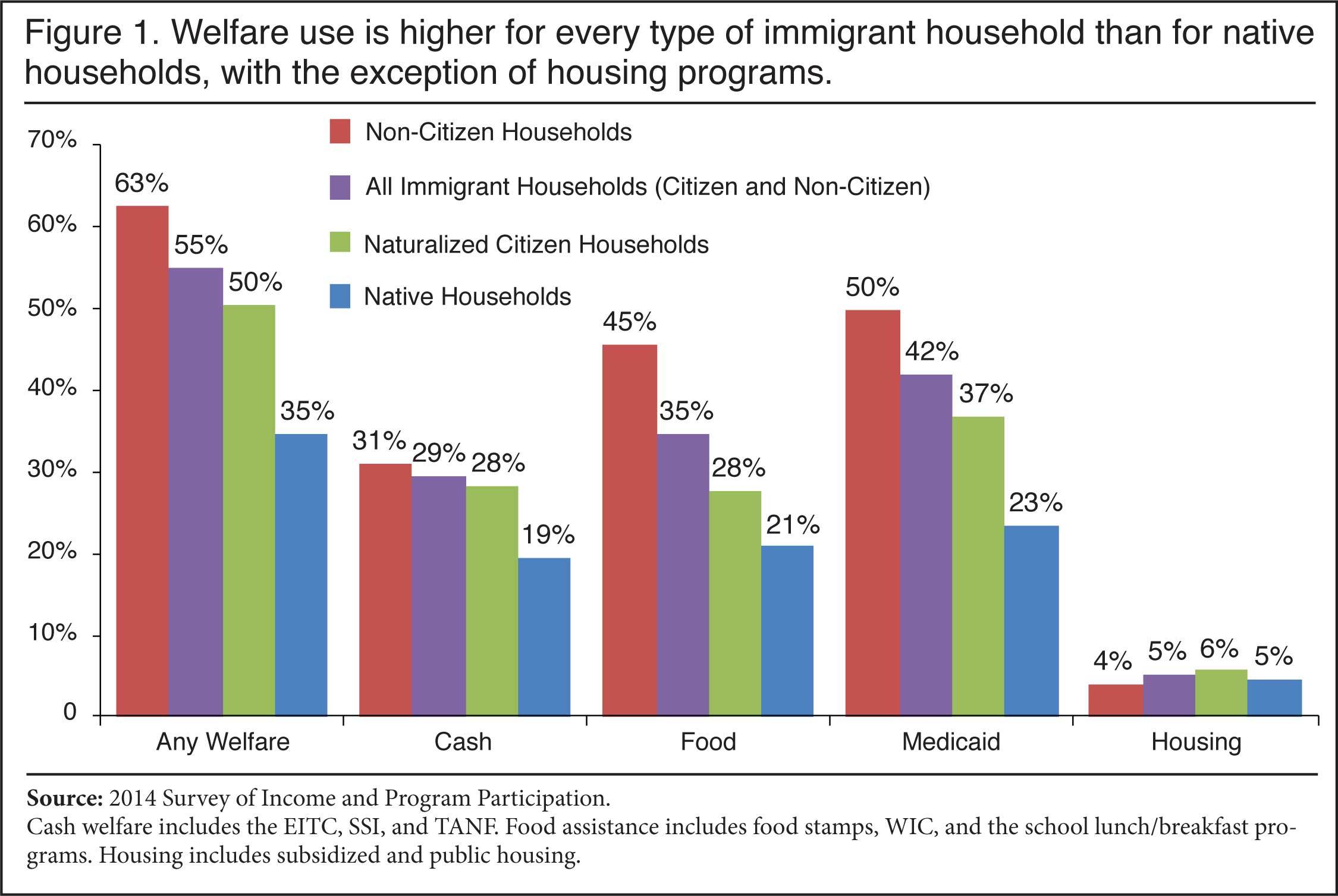 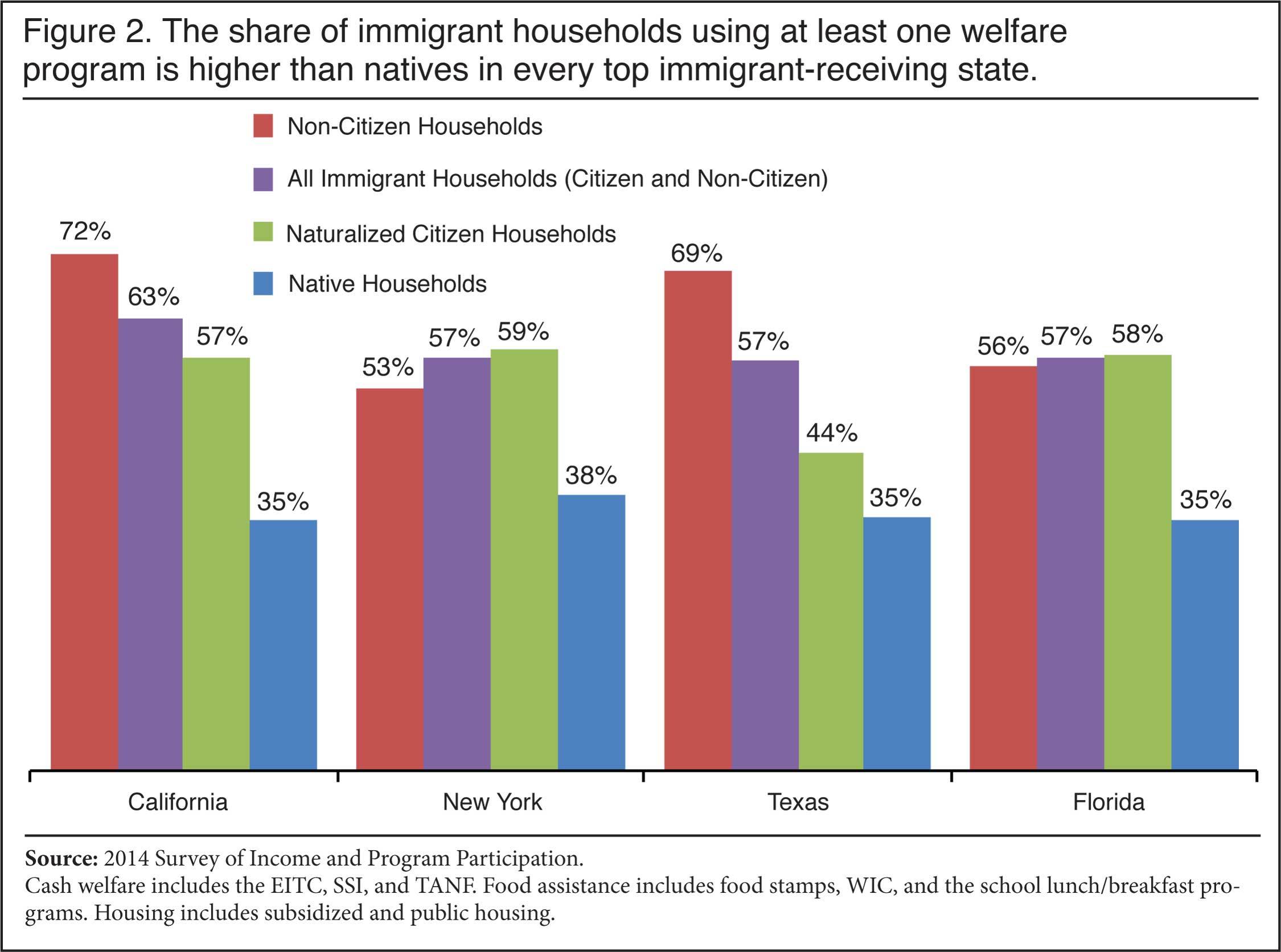 Well there are far ,far more illegals in the USA than 8 million the number is much closer to 23 million . Most of these illegals tap into soup kitchens ,catholic charities ,united way , Feeding America ,Action against hunger ,
Food banks , Operation smile ,Food for the poor ,And 70,000 food banks . And nearly 99% use our hospitals FREE of charge . They overburden our schools by nearly doubling the number of teachers required because they fail to speak English .

States where immigrant households with children have the highest welfare use rates are Arizona (62%)
Texas, California and New York with 61% each
Pennsylvania(59%).
The study focused on eight major welfare programs that cost the government $517 billion the year they were examined. They include Supplemental Security Income (SSI) for the disabled, Temporary Assistance to Needy Families (TANF), a nutritional program known as Women, Infants and Children (WIC), food stamps, free/reduced school lunch, public housing and health insurance for the poor (Medicaid).Food assistance and Medicaid are the programs most commonly used by illegal immigrants, mainly on behalf of their American-born children who get automatic citizenship.
Llegal immigrant households take advantage of every available welfare program, according to the study, which attributes it to low education level and resulting low income.
The highest rate of welfare recipients come from the Dominican Republic (82 %) Mexico and Guatemala (75%)
Ecuador (70%)
According to the report, which says welfare use tends to be high for both new arrivals and established residents.

And they say the caravans are the oppressed from foreign countries. The people illegally in the US or who have claimed asylum call home and tell all their friends and relatives, I GET FREE FOOD, HOUSING, HEALTHCARE. The US takes care of everything.

Illegals are able to send out 50 BILLION EVERY YEAR yet we hand them everything FREE OF CHARGE !

The estimate for 11 million illegals (LOL) is 135 billion a year to taxpayers. 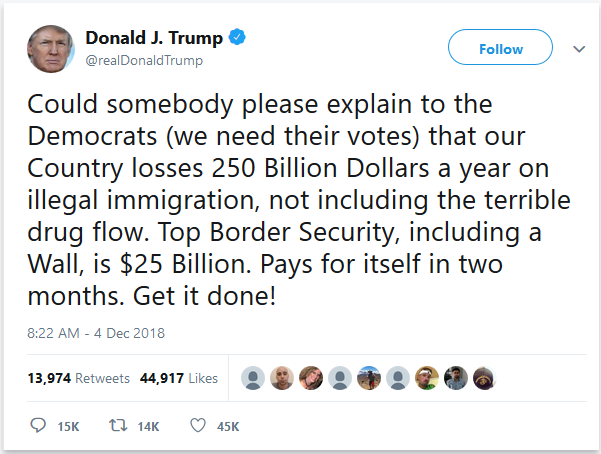 Anyone who thinks illegal aliens and “asylum” applicants are coming here to work is living on another planet.

But surely @tangykraut, you be prepared to work an extra day per week just to help these people live in the style that Soros’s crew have promised them. Fair is fair, you wouldn’t want Soros to be called a liar right across South America…would you?

‘Browning’ of the nation… homogenizing the culture and enforcing equal outcomes… even if it makes everyone poor, is far more important than the cost… silly…

I think this really does depend on what group of legal immigrants. For example, at the bottom of the heap as far as taking advantage are Germans, Canadians, & Japanese. At the top are Mexicans & Salvadorans.

And, IMO, the Mexicans & Salvadorans who are at least working for a living while the kids get reduced lunches & family gets Medicaid are far more respectable than those native borns who fancy various programs their rights, & suck off their last employer’s teat in the form of Unemployment Insurance, fancying the jobs available beneath them.

I think the problem is less the immigrants, who are trying for something better, than the fact that the U S has descended into such a welfare state by offering so many programs & not having any limitations—for example, should those approved have another child, their temporary benefits will still be cut off at the scheduled date.

WIC? Why is SNAP not good enough for pregnant women & children under 5? Why is TANF so flexible if someone got <5 years assistance as a child, they can come back as an adult & get it until they have 5 years?

The creation & lack of restrictions on these programs, as well as idiocy like job searches going digital for UI recipients—meaning no real accountability for the recipient—are bigger problems than the immigrants themselves. And some of the native borns are far worse than the immigrants as far as collecting & not working.

Just My Not So Humble Opinion and Experience

Ladt I was at a hospital E R, some of those going before me as “indigent” while I waited to be seen five hours for vomiting and dehydration, were native born.

One was white & from a native born family whose approximately 12 year old son had no trouble at all going to his follow up visit while I couldn’t walk a straight line and waited, no, wasn’t drunk, but had a migraine that left me this way.

The problem is less with immigrants than the fact we allow “poor”, who have access to public health clinics and Planned Parenthood, to use the E R for non emergency care. Fuck that!

Perhaps one way to reduce the number of immigrant families on public assistance would be to better screen those wanting to come to the U S in favor of health care & technical professionals, teachers.

Or, especially with many open positions in the trades, from hairstylists & barbers to carpenters & plumbers, offer those with more minimal education the chance to learn one of these trades & make a reasonable income for themselves.

The same should apply to those native borns remaining on U I without looking for a job. Tell them if they won’t look for a job, they must learn one of these trades to get paid, & take away ghe two three month Odummer Administration extensions. They’ll be in trade schools & certification programs & working before you know it.

Guess it depends on where you live.

I refuse to go to the ER as it is over flowing with non English speaking (Spanish speaking) people. But that’s what you get in a sanctuary city.

I go to the Urgent Care instead. No insurance, no cash, they refer you to the hospital ER.

In hunting we call that “bait”.

Not so very long ago in order to legally immigrate to the US you first had to prove you had the financial means to support yourself or a sponsor that could guarantee you would not be.

Democrats will scream and moan, “Illegals don’t get welfare” which is bullshit. Technically they are not entitled to federal welfare benefits but they still get them since you apply at the state level, and even if the parents are not, any kids born to them in the US are entitled to it from birth. Most with kids born here or not will still get it if they apply and that includes everything from free/subsidized housing, medical care, food stamps, and cash payments.

This supply line has to be cut not just for economic and fiscal reasons but also and especially because it is fundamentally changing the face of the country.

We used to attract the best, most self sufficient immigrants who added immensely to the wealth and growth of the nation economically, now we’re importing leeches who feed off of the US taxpayer and worse, they are consuming precious welfare resources that could otherwise be spent improving the lives of our own people.

Imagine what we could do for our own homeless and mentally ill with the dollars going to these foreign leeches.

Richest and poorest state in the Union all in one.

We all know the number of illegals in our Country is much closer to 24 million and the cost to taxpayers is much HIGHER .

“…they are consuming precious welfare resources that could otherwise be spent improving the lives of our own people.”

Sorry but I’m not seeing how all but a barebones safety net improves anyone’s life. Maybe it’s time to limit welfare to nothing but restrictive, temporary food assistance & some sort of emergency housing.

If anything, it really encourages dependency & discourages any effort on behalf of the recipient, for example, to get a second job so maybe they don’t qualify, or get a benefitted job because they’ll have to pay a portion of their health expenses.

I could honestly live with minimally skilled potential emigres being told they can either go through state voc rehab to learn a trade, or be rejected for immigration. Would be a win win—positions in the skilled trades currently going unfilled could have employees, & those employees would have meaningful, portable jobs to support themselves.

Have you ever been to Los Angeles? I unfortunately had to spend a month there for work. I’m pretty sure 90-95 percent of the “population” is on some kind of welfare.

At any given time we have somewhere between 200,000-500,000 homeless citizens in the US. Most of those are mentally ill, a huge number of them are mentally ill disabled vets.

It is the mentally ill most likely to commit mass shootings, school shootings, robbery, burglary etc to feed their drug habits and provide for their own basics.

I’d much rather see the money being spent on those people who actually have a stake in this country and who largely are where they are through no real fault of their own.

A few of those people percentage wise need to be institutionalized permanently but most could be moved into managed halfway house situations where someone can assure they are properly medicated, counseled, and taught how to care for themselves along with being given job training.

We can take this stain off of our streets reduce crime and in the long run reduce the cost to the taxpayer as well by turning them into taxpayers instead of welfare bums and criminals.