Public health officials have confirmed the presence of the so-called kissing bug in Delaware for the first time in the state’s history.

The insect— Triatoma sanguisuga —is a blood-sucking creature that feeds on animals and humans and has a particular fondness for biting faces. While the bites themselves are not necessarily dangerous, the bugs can transmit a parasite that causes Chagas disease, a potentially serious illness.

According to a report from the Centers for Disease Control and Prevention (CDC), a family from Delaware’s Kent County contacted local health authorities in July 2018 after an insect had bitten their child’s face while she was watching TV. The family told officials that they lived near a heavily wooded area and had not traveled recently outside the region.

Preliminary investigations by the Delaware Division of Public Health identified the insect as a kissing bug. Photographs were then sent to Texas A&M University’s Kissing Bug Citizen Science Program—which documents the insects across the country—before the creature was finally confirmed to be Triatoma sanguisuga by the CDC through analysis of its body shape.

Testing of the insect detected a human blood meal but was negative for the parasite Trypanosoma cruzi , which causes Chagas disease. Fortunately, the girl did not become ill after the bite.

This is the first confirmed identification of the kissing bug in Delaware. Texas A&M had received reports of a suspected kissing bug in July 2017. The bug was found dead, and no one reported being bitten.

While the university identified the creature as T. sanguisuga based on photographic evidence, a local institution initially concluded it was a milkweed bug after a physical examination. The specimen was destroyed before Texas A&M received the photos, meaning no definitive identification was made.

Chagas disease can lead to serious cardiac and gastrointestinal complications. According to the Mayo Clinic, the disease can cause a sudden, brief illness (the acute stage) or may advance to a long-lasting, or chronic, condition. Symptoms range from mild to severe, although many people don’t experience anything until the chronic stage.

Symptoms of the acute phase—which can last for weeks or months, if they occur at all—may include fever, swelling at the infection site, fatigue, rash, body aches, eyelid swelling, headache, loss of appetite, nausea, diarrhea, vomiting, swollen glands and enlargement of the liver or spleen.

If the patient receives no treatment, the disease may advance to the chronic stage, with symptoms appearing as late as 10 or 20 years after infection. In severe cases, these symptoms could include irregular heartbeat, congestive heart failure, sudden cardiac arrest, difficulty swallowing because of an enlarged esophagus and abdominal pain and constipation caused by an enlarged colon.

According to the CDC, around 300,000 people have Chagas disease in the U.S. Most were infected with the parasite in rural areas of Mexico, Central America and South America.

While the bugs are found in the U.S., there have been only a handful of confirmed cases where individuals have contracted Chagas disease after exposure to the bug inside the country. Furthermore, it is important to note that although kissing bugs have been identified in Delaware, there is currently no evidence of the parasite Trypanosoma cruzi in the state.

“Even where T. cruzi is circulating, not all triatomine bugs are infected with the parasite,” the CDC report read. “The likelihood of human T. cruzi infection from contact with a triatomine bug in the United States is low, even when the bug is infected.” 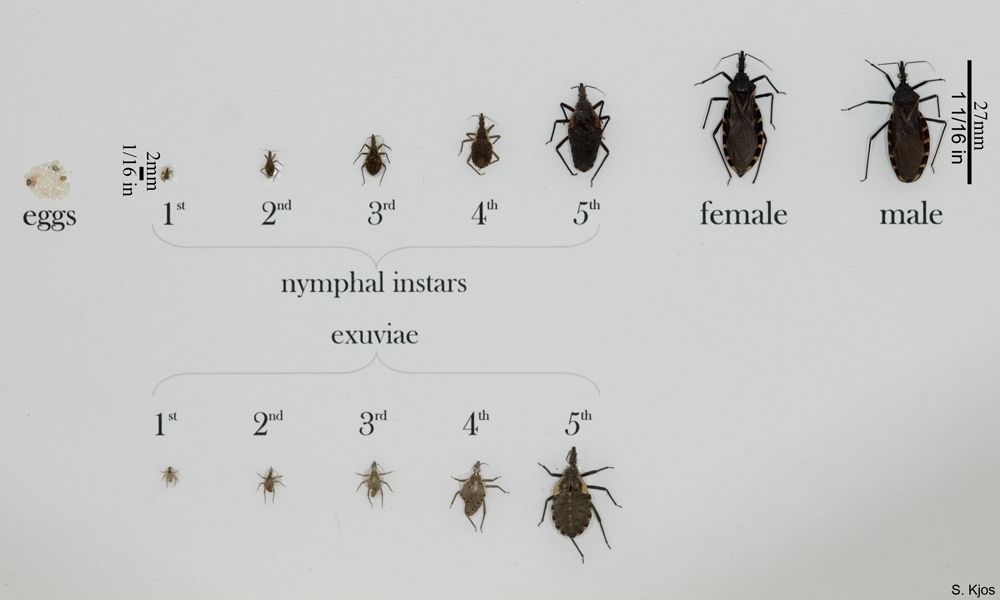 With a large influx of people from Mexico and central America coming to Delaware over the last few years this is no surprise.

Both the disease and the vector are common in the southern latitudes.

Fortunately unless there’s a continued influx of illegals to Delaware the outbreak isn’t likely to persist.

If these people were coming through legal ports of entry for inspection the carriers could be stopped and everyone could be deloused and given clean clothes and the garments they traveled in and with could either be deloused or destroyed stopping it at the border. 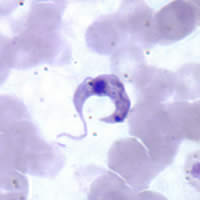 Chagas disease, also known as American trypanosomiasis, is a tropical parasitic disease caused by Trypanosoma cruzi. It is spread mostly by insects known as Triatominae, or "kissing bugs". The symptoms change over the course of the infection. In the early stage, symptoms are typically either not present or mild, and may include fever, swollen lymph nodes, headaches, or swelling at the site of the bite. After four to eight weeks, individuals enter the chronic phase of disease, which in mo T. cr...

There’s nothing racist about controlling our borders and limiting legal entry to those who are not carrying parasites, vectors, and communicable diseases.

Immigration anarchists try to argue their policies by using the mantra that we are a nation of immigrants.

But back in the days if Ellis Island, they would refuse entry (or at least quarantine) anyone with even a hint of disease (especially things like tuberculosis), and whole families if even one member showed signs of disease.

We sought order and safety at the borders as a nation. Today, with unfettered flow, nobody should be surprised at the outbreak of Chagas, measles, and all sorts of other undesirable scourges we’re seeing in our population.