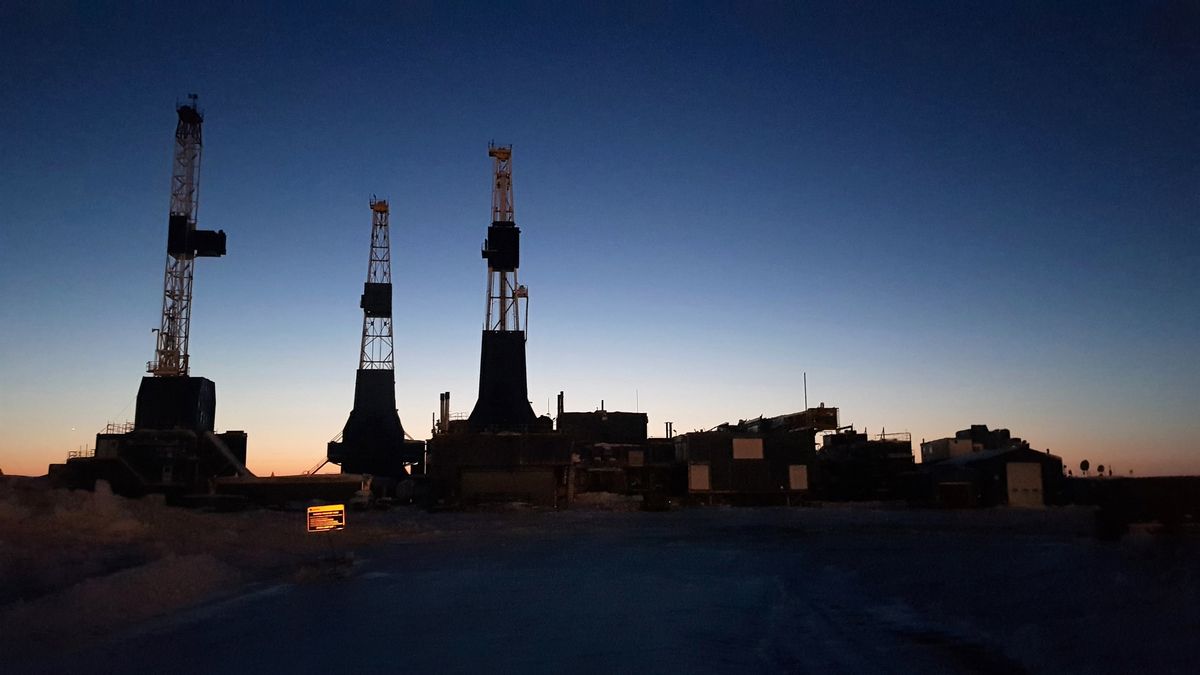 The North Slope Borough, which covers a huge swath of Alaska north of Fairbanks, runs on oil: The government pays for more than 90 percent of its annual budget with taxes on oil and gas infrastructure.

Which is why, when Alaska Gov. Mike Dunleavy’s administration unveiled a proposal last month to take away that taxing power and instead send that money to the state, borough officials were outraged. The plan — part of Dunleavy’s budget proposal — would add some $370 million to the state’s bottom line, while blowing a $370 million hole in the borough’s own $400 million budget.

“We use this revenue generated from our lands for schools, fire, police, infrastructure, erosion and subsistence protection, search and rescue, health care and transportation,” Harry K. Brower Jr., the borough mayor, wrote in a statement after the proposal was made public. “Frankly speaking, this isn’t fair and it’s not right.”

But Dunleavy administration officials said that the borough already benefits disproportionately from oil and gas revenues. And they justified their proposal, in part, by pointing to a second source of borough oil revenue that the state expects to sharply rise in the next decade.

That second source is the National Petroleum Reserve in Alaska, or NPR-A, where several significant projects are under development.

Dunleavy’s plan has gotten little traction in Juneau so far. But lawmakers and political observers said they see the proposal as an opening move in what’s like to grow into a broad debate about the division of the North Slope’s oil revenues — a debate driven by the anticipated sharp increase in those revenues, and by the state’s own budget crunch.

The discussion gets at a longstanding question: How much money from oil should stay in the North Slope, where it’s pumped from lands the Iñupiat have lived on for generations? And how much should be shared to pay for government services across the entire state?

NPR-A is an Indiana-sized swath of federal land in the western part of the North Slope. It was designated as a federal petroleum reserve in 1923, but it wasn’t until 2015 that oil was first produced there. It’s now a hot new area for oil development, with three new projects — Willow, and Greater Moose’s Tooth 1 and 2 — being pushed by ConocoPhillips.

Federal law directs half of the government’s royalty share of oil produced in the reserve to the state of Alaska. But there are limits on where that money can go: The law says that areas of Alaska “most directly or severely impacted” by development in the reserve get priority.

Right now that’s a handful of municipalities on the North Slope: The borough, as well as the cities of Nuiqsut, Wainwright, Utqiaġvik, Anaktuvuk Pass and Atqasuk. Alaska law allows those municipalities to apply for grants from the state’s NPR-A fund, and the state can keep money that remains after grants have been made to those communities.

Since it’s only recently that companies have been developing projects in the reserve, annual revenues over the past decade have topped out at $16 million. But with Conoco’s first project finished and a second under construction, the state is forecastingNPR-A revenues that could peak at $316 million a year in 2029. (That depends on oil prices of $80 a barrel; at $50 a barrel, peak annual revenue is projected to be $171 million.)

That could generate combined royalty and property tax revenues for the North Slope Borough, and its villages, of $700 million a year — or $70,000 for each of their 10,000 residents. Dunleavy administration officials, in a phone interview, said they think that’s too much.

“The question legislators need to ask themselves: Is that fair to the rest of the state?” said Jeremy Price, a deputy chief of staff to Dunleavy. “We would argue that is not fair.”

The state already collects substantial oil revenue in the form of production taxes and royalties — nearly $2.5 billion in the past fiscal year. But production tax revenue is volatile, and Alaska’s petroleum revenue is down substantially from years when oil production and prices were higher — in 2013, it was $7.5 billion.

That means the borough’s share of all the oil revenue collected in the state has grown, since it relies on property taxes, which are much more stable. Still, borough officials said they need the cash to sustain their own government programs.

“This would destroy the North Slope Borough. We’d be done,” said D.J. Fauske, the borough’s director of government and external affairs.

Fauske said the borough’s $400 million budget might seem like a lot for its small population. But, he added, it’s expensive to support people in eight Arctic villages, where most supplies have to be barged or flown in.

The borough uses its money to provide government services — police, public works, search and rescue — that the state handles in some other rural areas.

Fauske also noted that North Slope villages face expensive problems that road system communities don’t, like coastal erosion tied to climate change. One project to protect the coastline near the North Slope village of Utqiaġvik will cost $300 million, with $100 million needed from the borough, according to a federal estimate.

Then there’s the fact that the oil itself comes from the North Slope, and that local tax revenue gives residents a stake in the industry’s success. Fauske suggested that diverting more of that revenue to the state could turn the borough against new development, like in NPR-A or the Arctic National Wildlife Refuge.

“Our support of oil and gas development on the North Slope has always been and still is contingent upon such activities providing a benefit to our residents,” Fauske said.

Fauske also argued that it’s still uncertain how much cash will materialize from Conoco’s new projects, calling some of the numbers the state has cited “pie in the sky.” Until those numbers get more firm, borough officials said, it’s too early to have a conversation about how the NPR-A money should be divided.

In Juneau, Dunleavy’s proposal to redistribute property tax revenue appears to have stalled.

But borough officials said they’re concerned that the governor’s attempt to revoke the borough’s taxing authority is an opening salvo, and that ultimately, lawmakers outside the borough will seek a larger share of the NPR-A money, as well.

In a Feb. 5 letter to Alaska’s congressional delegation in Washington, D.C., Brower, the mayor, said he heard that lawmakers in Juneau were pursuing changes to federal and state law to limit North Slope communities’ share of the NPR-A revenue.

The delegation, Brower said, should “summarily reject” that idea.

No concrete plan to reallocate NPR-A funding has emerged publicly. But a similar debate around the sharing of oil revenue from the reserve popped up at the Capitol in the mid-2000s, when the state was also facing tight budgets. And longtime observers of Alaska politics said that as revenues from NPR-A grow, the debate over where the money goes is likely to intensify, too.

“If the state’s finances are still tight, if the pain from budget cuts is still excruciating, you’re going to have a lot of people looking at this pot of money and saying, ‘Well, gee, I want some of that,’” said Larry Persily, a former deputy state revenue commissioner.

Sen. John Coghill, R-North Pole, said he’s interested in having a discussion about how the money is shared. But he wants it to be cooperative, he added.

“The governor has opened up the conversation, and it’s a proper conversation to have,” he said. “But the posture that I think you’ll see the Senate take is, ‘Okay, what’s fair? How do we all work with this as a state? How do we take care of the North Slope but make sure that the rest of Alaska isn’t left behind?’” 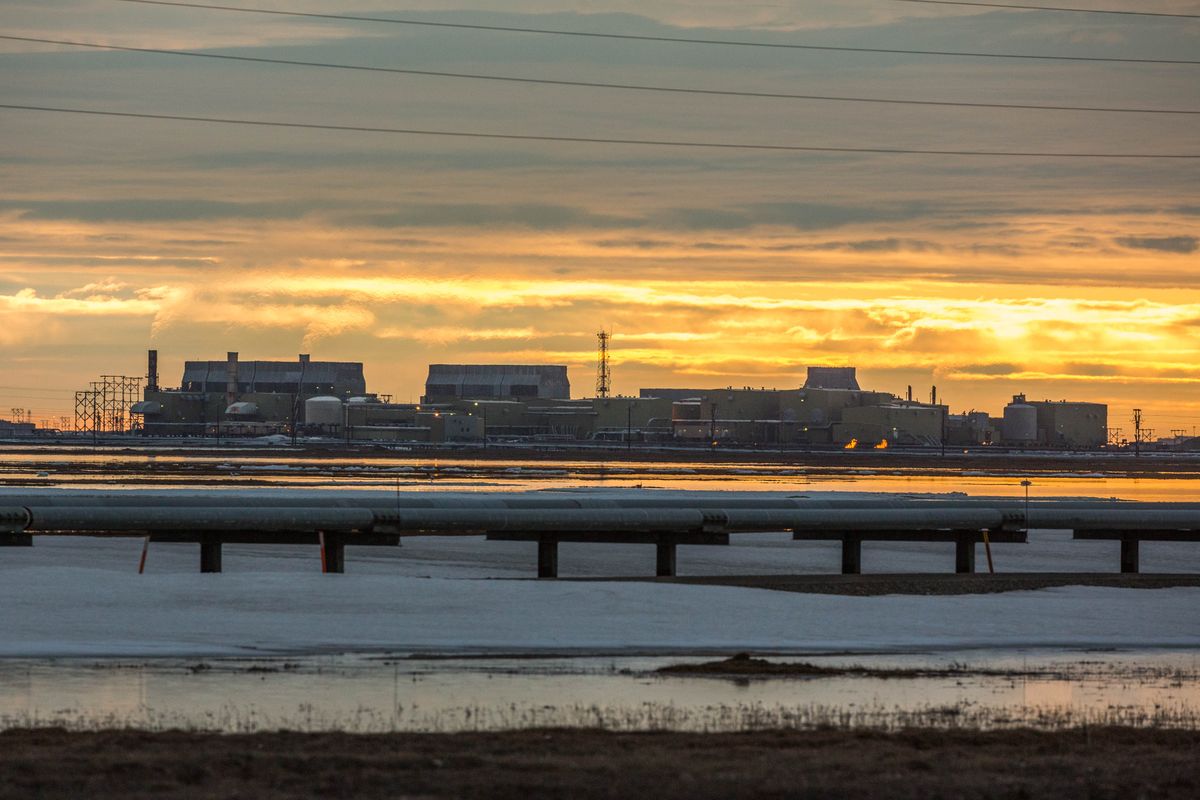 A proposal by Gov. Dunleavy would strip the North Slope Borough of its power to collect nearly $400 million in property taxes from oil companies each year.

This is a pretty interesting story. I had no idea that Alaska was broke. I had always thought that it was a state loaded with cash due to the oil, natural gas, diamonds, and fisheries.

Sen. John Coghill, R-North Pole, said he’s interested in having a discussion about how the money is shared. But he wants it to be cooperative, he added.

That doesn’t sound like Republican language that I’m used to.

Is the argument that the oil belongs to the state and not to the borough that’s taxing the oil companies?

Fauske said the borough’s $400 million budget might seem like a lot for its small population. But, he added, it’s expensive to support people in eight Arctic villages, where most supplies have to be barged or flown in.

Thanks for sharing this. I was getting tired of the same old reactionary nonsense.

When you evaluate the root causes of the Civil War - the North being broke was a significant driver of the conflict. I see a lot of similarities in this case here.

Alaska has spent themselves into oblivion and now wants to drain any resourceful local communities of their resources in order to stay afloat. What happens to these communities when all of the natural resources are gone? Will be state come in and keep them afloat? Probably not. They should hold onto their money locally.

That’s the argument. A lot of communities who are just as removed as NSB but who don’t have so many resources are saying that the state should be helping their communities out and they all point their fingers at NSB and say gibs me dat. I get it but so many people flood in and out of NSB for work that if there was even less support for them there would be no way for industry to function. It’s just too brutal.

Alaska has spent themselves into oblivion and now wants to drain any resourceful local communities of their resources in order to stay afloat. What happens to these communities when all of the natural resources are gone? Will be state come in and keep them afloat? Probably not. They should hold onto their money locally.

That’s another piece to this - with all things Alaska it’s usually feast or famine. That’s life out here. So when the industry leaves NSB wants to have the padding to sustain themselves for the leaner times. Right now the biggest impact would be to the schools, which support a lot of the local kids and industry kids whose parents are in NSB working. 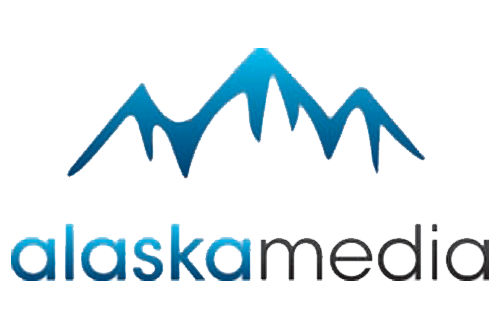 Dunleavy's proposed budget is not likely to pass as is

Prudhoe Bay productions has been dropping.

Doesn’t Alaska hand out ever resident money just for living there? I guess now we know UBI doesn’t work and will never work. Eventually, the government will run out of other people’s money to steal and redistribute.

Perhaps these morons in charge should STOP paying everyone $2000 a year to live in that hellhole ! 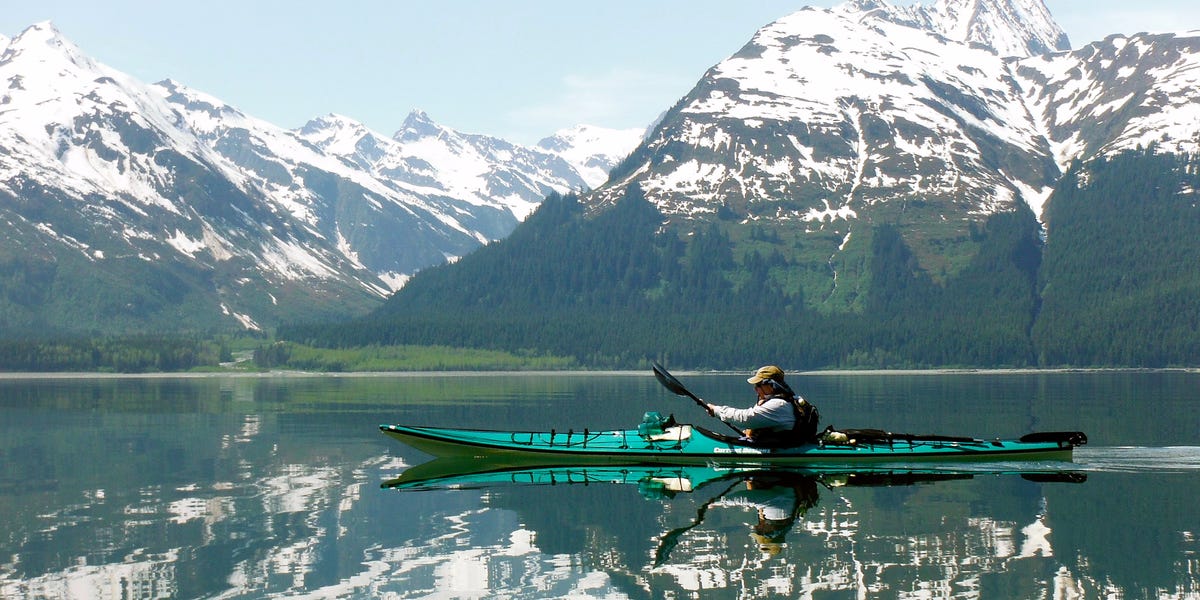 Untouched landscapes, natural beauty, and free money are all abundant in Alaska.

Residents pay neither income nor sales tax, and every October, they get a check from the government simply for living in Alaska—this year, the check could total $2,000.
General fund revenues have fallen around $6 billion, or 81 percent, since 2012, according to Gunnar Knapp, a professor of economics at the University of Alaska, Anchorage. And already, Standard & Poor’s downgraded its outlook for Alaska from “stable” to “negative” because of the state’s fiscal woes.

That’s kind of stupid. $2k a year only amounts to about $167 a month. That won’t even cover a trip to the grocery store for a family of four.

It doesn’t seem like much but it adds up to 1.5 BILLION every year !!!