Canadian Prime Minister Justin Trudeau gave Omar Khadr a big payout, but the terrorist’s real victims may never see any of that money.

Canada agreed to pay the former Guantanamo prisoner a reported $8 million in a lawsuit alleging civil rights violations. The settlement included an apology.

The Canadian-born Khadr was 15 in 2002 when he tossed a grenade in a firefight that killed U.S. Army Sgt. 1st Class Christopher Speer, a special forces medic. Fox News

This payout was also done very quietly in order to frustrate the heirs to the estate of the American Army Officer.
SO terrorist gets 8 million and murder victim zero! From our northern best friend…Canada!
https://www.conservative.ca/cpc/meet-canadas-newest-multi-millionaire-omar-khadr/

No blood on that ■■■ Trudeaus hands.What a slap in the face to his family and an apology no less !!!
The U.S should deduct that money from Canada receives from the U.S. and give it to his family.
This terrorist should somehow meet an untimely " accidental " death.

Omar Khdar, terrorist piece of shit, killed a US soldier at the 16 and the story goes that he was too young to know what he was doing so they let him go and handed him a nice multimillion dollar parting gift.

That climate Greta kid is the same age as this terrorist piece of shit was when he killed a US soldier…but we are all supposed to listen to her. Which is it for these leftist schmucks?

This is DISGUSTING! The Canadian government should have sent that payout to the family of the US soldier that he killed! We should start playing hard a with Canada over this.

Is that terrorist RETARDED!!! At 16 you have the ability to know the difference between right and wrong. So if he is " accidentally " run ovet by a minor driving a car, he should able to use that also.

This is an issue that has made Canadian conservatives furious. This monster was given more than many Canadians will earn in a lifetime for killing a US soldier. Meanwhile, our Canadian war veterans are left neglected and uncared for when their country asked them to answer the call.

Do you know what Trudeau’s re-election chances are? Is the SNC Levelian scandal still looming as a major issue for his re-election?

SNC Levelian is a big mess for him but it is incredibly complicated and most common folk here in Edmonton aren’t well versed on the subject. They know about it, and they know it’s bad, but that’s the extent of it. The people in the professional services and white collar jobs are more familiar with the intricacies - some are willing to look past it because they favor his stance on social issues. Most of the people I know in the energy sector here aren’t willing to look past it. Although, a lot of people here in Edmonton are conservative and will look for any reason to skewer Trudeau. In a town hall just recently here Trudeau got grilled by a combat veteran because despite his rhetoric, Trudeau has been fighting veteran groups in court and is refusing to pay them disability and compensation benefits. This video has been making the rounds today here. 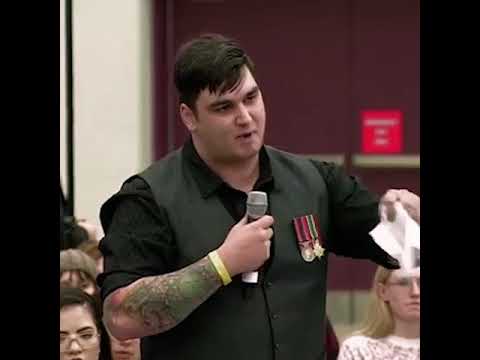 Is the SNC Levelian scandal still looming as a major issue for his re-election?

This video was put out by the conservative party last month. If you’re interested it provides a really good synopsis of events. Great stuff and thanks for posting this, I will check it out and give you my thoughts a little later.

My interest in the current disposition of Canada’s current political climate goes way back to way of NAFTA and China. Both I followed closely due to the fact I am by profession a lawyer specialising in international trade law, and I have to say Trudeau and his team of Amateurs really screwed the Canadian people over when they failed at the negotiations of the new USMC trade deal, as its rather confounding to say in the least! The other issue is China’s influence has really been an eye opener in terms of who is really controlling the interests of the country as a whole, which sadly is not Trudeau, but of course that is an entire different topic. I really like Ezra Levant from rebel media as he has done an exceptional job of covering this issue from the get go and is spot on in terms of his analysis and criticisms of these issues!

Canada agreed to pay the former Guantanamo prisoner a reported $8 million in a lawsuit alleging civil rights violations. The settlement included an apology.

Did Trudeau’s wife get down on all fours for the guy too?

Sounds like Canadians need to start investing in some rope!

Wow, that Solder really made Trudeau look very small. Andrew Scheer hits on his ad. Can’t wait to watch the debates between the two. Looking forward to it! 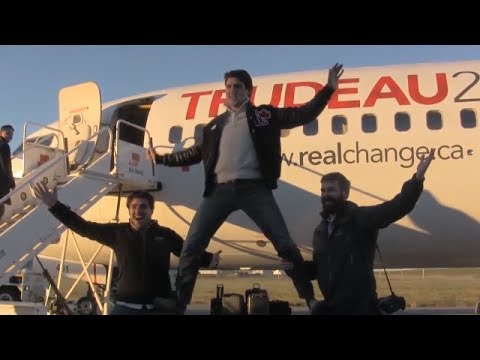