Canada has pledged $70 million in aid to the United Nations Relief and Works Agency for Palestine Refugees (UNRWA), an organization described by the American Center for Democracy the-hand-that-feeds-palestinian-terrorism-with-our-money or did so before the Trump Administration decided to defund it in 2018. https://www.jihadwatch.org/2020/12/canada-to-give-70000000-to-unrwa-despite-agencys-promotion-of-jihad-terror-and-antisemitism

I surmise that Justin has not learned his lesson yet. Islam is not his friend!

Canada is a wonderful neighbor, and the Canadian governments contribution to UNRWA has nothing to do with Islam or Jihad…

What we do . UNRWA human development and humanitarian services encompass primary and vocational education, primary health care, relief and social services, infrastructure and camp improvement, microfinance and emergency response, including in situations of armed conflict. 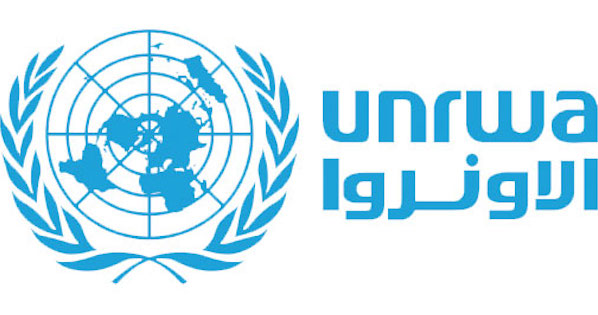 We provide assistance and protection for some 5 million registered Palestine refugees to help them achieve their full potential in human development.

Why not help Americans first

Not directly, but there sure is a ripple effect aiding Islamic Terrorist. Remember it is like a football game, every time an Israeli is killed Palestine claps their hands.

Have you forgotten about Canada´s pay off to a known terrorist?
https://edition.cnn.com/2017/07/04/americas/canada-omar-khadr-reported-settlement/index.html

Well, not to get into a discussion about the plight of Palestinians, the UNRWA feeds and educates children and that’s never a bad thing. Aid dollars to Israel have no doubt provided bombs and bullets that kill Palestinians or render them as refugees…too.

MON in principle you are correct. If it is such a sterling organization, why did Trump cancel its funding?

Hard to say. He pulled out of JCPOA too and as a result Iran has 12 times the enriched uranium that they had when he did so. He can be hard to understand beyond wanting to just destroy anything that was done under Obama…

President Trump isn’t hard to understand. Iran had pushed Schmoebama around because he was a weakling in foreign policy.Trumps deals with strength and despite their hot air, they know what will happenif they cross a line.
The UN has always been a Leftist organization supported by US LIBERALS and has contributed to the current ME situation.
The Palestinians use that money to indroctrinate youg people against Israel instead of educating them to see how much better off they would be by compromising with Israel.

Not only brain washing, but to house and feed terrorist. The money is very secretly laundried to purchase component parts for their missiles. Cars are also purchased which are used by terrorist. There is very little transparency.

Iran has MORE enriched uranium due to Trump’s idiocy of pulling out of JCPOA. That’s what the intelligence agencies informed him of last month. But he doesn’t care…

Biden will return us to it and fix the problem.

Quid Pro Joe will fix it by staying in his house basement or maybe sending Humpty Dumpty Hunter to Tehran.
On a side note Monte, wishing you and your family a SAFE and MERRY CHRISTMAS. You see I do have a heart.

ISIS is on the mind of the Palestinian Authority (PA) leadership. Top PA officials have expressed concern that jihadi groups, including ISIS, have managed to infiltrate Palestinian refugee camps in Lebanon.

Lebanese authorities are also worried – so worried that they have issued a stiff warning to the Palestinians: Stop the terrorists or else we will take security into our own hands.

Accordingto Lebanese security sources, more and more Palestinians in Lebanon have joined ISIS and the Al-Qaeda-affiliated Al-Nusra Front, a Sunni Islamist militia fighting against Syrian government forces. In response, the Lebanese security forces have taken a series of measures in a bid to contain the problem and prevent the two Islamist terror groups from establishing bases of power in the Palestinian refugee camps in Lebanon.

The money is very secretly laundried to purchase component parts for their missiles.

Care to provide some evidence of that? Rather than promoting Netanyahu conspiracy theories…

What would one expect from newsmax, the spectator and the Jerusalem post…

Ya help Americans that means no help for retrumpliCONS