California Sues Its Own City Over Lack of Affordable Housing

So they stop move on from taxation to lawsuit, for the things that the state itself supposes to do. Welcome to commiefornia, where the problems are blamed on you.

California accused one of its own cities of blocking the construction of enough affordable places to live, filing a lawsuit Friday that signals an aggressive approach to the state’s housing crisis by the new governor, Gavin Newsom.

Huntington Beach, an upscale coastal city outside Los Angeles, is “standing in the way of affordable housing production and refusing to meet regional housing needs,” according to an announcement from the office of Mr. Newsom, a Democrat elected in November.

The first-of-its-kind lawsuit seeks to require the city to amend its housing plan to enable construction of more units accessible to people of all income levels.

Michael Gates, Huntington Beach’s city attorney, said in an email that the city “has been, in fact, complying with all applicable State housing and zoning laws.” He said delays in making more progress on housing have been caused by other lawsuits and that Huntington Beach “will review all of its options in order to respond to the lawsuit.”

Homeownership in the state is at its lowest level since World War II, and nearly a third of California renters today pay more than half of their income toward rent. Experts consider more than a third of income spent on rent and utilities to be unaffordable.

Some local communities, particularly along the coast, have placed tight restrictions on development. A recent survey of residential land use by the Terner Center for Housing Innovation at the University of California, Berkeley, found that about 10% of the state’s jurisdictions had made their zoning codes more restrictive over the past five years, including Huntington Beach.

The average rent at the end of 2018 was $2,013 in Huntington Beach compared with a national average of $1,353, according to data firm RealPage Inc.

The governor’s office said that the city has been out of compliance since 2015 with a state law that requires localities to adopt plans to provide housing that keeps pace with job and population growth.

Advocates have long said that California cities have been submitting such plans but not doing enough to execute on them, helping to drive the state’s housing crisis. “They feel there is no consequence,” said Cesar Covarrubias, executive director of the Kennedy Commission, a nonprofit housing group that sued Huntington Beach in 2015.

Advocates have urged Sacramento politicians to take more aggressive enforcement actions. Mr. Newsom did so Friday with the first use of a 2018 law that allows him to refer such cases to the state attorney general.

The intent of that law is to “hold cities accountable, even though they don’t build housing themselves or control the market conditions, that they have made enough land available to help meet those goals,” said David Garcia, policy director at the Terner Center.

Huntington Beach, with a population of around 201,000, is about 40 miles south of Los Angeles in Orange County. In 2015, the Kennedy Commission sued the city after officials revamped a housing plan and cut back the amount of planned, high-density affordable units.

An appellate court ruled in the city’s favor, but Huntington Beach hasn’t passed a new plan to comply with state law, the state alleged.

Funny Newsome goes after any city that is not liberal enough- is he pressuring SF - of course not.

Perhaps Newsom could ship homeless people into Huntington Beach in droves and send along with them the materials to establish a new community consisting of tents in rows and a Porta-Potty on each corner.

Oh, I forgot! They don’t need any toilets. The streets and sidewalks will do just fine.

It might be a moot point if another natural disaster strikes!

Idiots. This is what happens when you artificially manipulate the real estate market to make a profit. Eventually it tops out and people can no longer afford to buy your overpriced products. Greed is not good. Who knew? Practically everyone. They’ve only been told this for how many years now? What’s worse is other areas are also in decline because these fuckers moved and repeated the same exact bullshit that drove the California markets out of most peoples’ grasp.

Ever wonder why we have so much urban sprawl? This is why. Activists go around the entire country suing to make affluent neighborhoods put up affordable housing, the poor people move in, the rich people move on to the next patch of land where they can exclude them. I have a rule myself, when the bus line reaches my neighborhood, it’s time to move. What do you think happens to property values when cheap houses go up around it?

This is what happens when you flood your state with low-skilled, uneducated, low wage people who tend to have lots of kids. At some that model collapses. Why doesn’t the governor simply raise their marginal rate from a high of 13% to say 33%?

If it turned into high priced real estate, it’s no longer affordable housing is it?

Nope. That’s kind of the point.

Anecdotally pointing to an instance where the affordable housing increased in value until it was no longer a drag or surrounding real estate doesn’t mean that’s the way it always goes. In addition, I have to wonder if while it was increasing in value surrounding real estate experienced a decrease in value or slower appreciation. The fact remains, generally speaking, high priced real estate pricing takes a hit from surrounding lower priced housing. That’s just how it works.

I understand that. The reverse also happens when these asshole “developers” move into a neighborhood, slap on a new coat of paint, then turn around and sell the upgrades for two or three times what they bought the original for. Nobody complains about that when it drives their property value up though. Go figure. Meanwhile they’ve already moved on to the next neighborhood rinse and repeat. 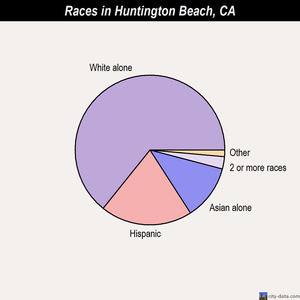 Why would anyone want to complain about properties being improved resulting in better housing and better real estate value?

Because they can no longer afford them? What you think this is only affecting poor people? Poor people couldn’t afford to buy them to begin with.

So you what? Want properties to be kept in poor repair so poor people can afford them?

No. I think fair market value should be charged. Just because someone is stupid enough to pay two to three times what something is actually worth doesn’t mean it should be able to be sold for that.

In case anyone forgot the whole “flipping” scam was born in California.

Wow, how would you make that happen? You want state controlled prices or what? Sorry but the market is far better at arriving at the right price than government ever would be. A house is worth what someone is willing to pay for it. What makes you think you or the government can or should determine what a property is “really” worth? And what is your formula for arriving at this “real worth” anyway? Share it with us.