With the recent news of New York City running out of money and will be bankrupt soon, I argued who will be first! California or New York? New York City is careening closer to all-out financial bankruptcy for the first time since Mayor Abraham Beame ran the city more than 40 years ago, experts say. As tax-fleeced businesses and indivi…

Also the recent revelation of California’s expensive train to nowhere project going belly-up and a mass exodus of businesses and residents leaving the state, one has to wonder what will be next for both states? I don’t see it ending well especially if one buys into the narrative that the US and the world for that matter is heading for a major recession.

I found this video which makes a compelling argument about the status of California. Victor Davis Hanson, has been talking about California’s predicament for quite some time now.

A harbinger of things to come? Sometimes I can’t help to think we’re building the wall in wrong place.

You might not need to if Commiefornia secedes from the Union. IMO it probably would be the best thing to happen. However, I am afraid if that were allowed to happen, then we might end up having another crisis like Venezuela 2.5 all over again. So not sure what the answer is in solving this problem. I certainly don’t believe that the tax payers should be on the hook.

I think California might collapse long before New York does because the people that get elected in California are not serious people. NY has done it’s share of absolutely crazy things lately between DeBlasio and Cuomo Jr. - but the rest of NY state isn’t as backwards as California is. 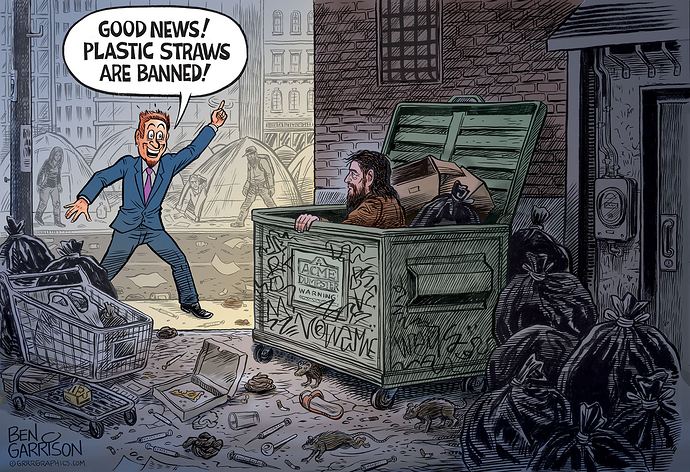 But consider this: If California leaves the United States, then our constitution will not prohibit the United States declaring war and entering that newly found socialist country with force and taking control. On our border, it will be a threat that cannot otherwise be contained.

Do it, you California assholes!

Your cartoon is not even an exaggeration. THAT is California.

That is exactly what entered my mind as I was posting my comment. Give the libs their utopian dream and watch them fail miserably, then take it over by force! But another thing to consider if that were to happened then you also have the problem of other countries such as China and others that would try to undermine it by throwing money at it and infiltrating it even more. Who knows, I know is speculative and fun to envision many scenarios but as it is now its on a collision course to becoming insolvent and what to do when it does? It seems Commiefornia is posed to become a major drag to the rest of the country’s economy where they will be looking to have the FED bail them out and that is really hard to fathom considering that Tax payers money will be used for that purpose and I don’t think it is fair that the rest of the country should have to be punished for leftists stupidity. What to do?

Living in red upstate NY, I’m acutely aware of the economic peril I might face caused by the libs in the city. California is worse but we are not immune to the Progressive destruction of society.
Not sure what to do but will likely just hunker down and prepare for a post apocalyptic life here.

I think California might collapse long before New York does because the people that get elected in California are not serious people. NY has done it’s share of absolutely crazy things lately between DeBlasio and Cuomo Jr. - but the rest of NY state isn’t as backwards as California is.

For all the liberals talk about income inequality is one of if not the worst in that category: 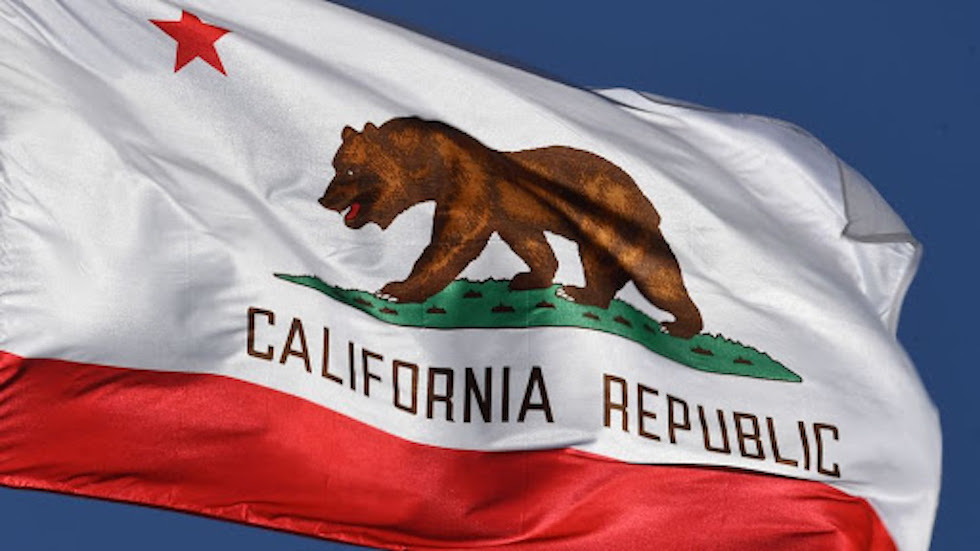 Middle class is disappearing in California as wealth gap grows

Blame the government for the rich getting richer and the poor getting poorer in the Golden State.

Flooding the state with impoverished families from Central and South America doesn’t seem like it has worked out very well?

We all like to complain about California, but the only way that I ever see California changing is if we conservatives and nationalists start moving to California in droves and electing our own to office. Otherwise, we are just spinning our wheels and California will continue to be the anchor chained around America’s leg.

California is in a death spiral. The people wandering around San Francisco with signs saying “Repent…The End Is Near!” are likely correct.

California Is Becoming An 'Unlivable' Hellhole & the Plague Is Coming

The New York Times ran an op-ed by Farhad Manjoo that highlighted the “unlivable” conditions in many American cities, including San Francisco,

Neither will fail, they’ll get the largest bailouts in US history.

If the Dems get power, that is their plan- to “deal with the pension issues various states have”- translation- bailout, and Fed. taxpayers get the bill.

Illinois is also on the shortlist.

While not as publicly supportive republicans will give it enough votes for it to pass as well to avoid the political fallout for letting them fail.

We always have enough gutless republicans to let us down when it really counts.

Yah, that’s been coming for a l on time. They started making bail out noises back around 2010-2012 but Obama and the Dem’s knew it would be political suicide at the time.

Detroit has been begging for bailout money now for a decade or more but the population has dwindled to the point they’ve lost their political capital in DC.

That is pretty crazy when you think about it! Yes Illinois is rapidly approaching insolvency but never gets talked about, only Obama’s presidential library controversy building on historical land!

Pretty interesting how they spend first and tax second and then try and balance the budget. Perhaps Ca, can raise their state income tax to 25%.

The presidential library built in a state he no longer lives in, in a place people don’t want it and as it turns out, it’s not a library.

True, but his cronies made millions off of it.

Considering the Chicago Annenburg Challenge grants and how Barry, along with the rest of Ayers’ homies, mismanaged it and pissed off over a hundred million without helping the state of education I would say his Presidential Glorification is going just where it should.