This is just a ploy to buy votes from poor people. They can point to this bill and say “we tried, vote democrat and we’ll give you more free shit”. 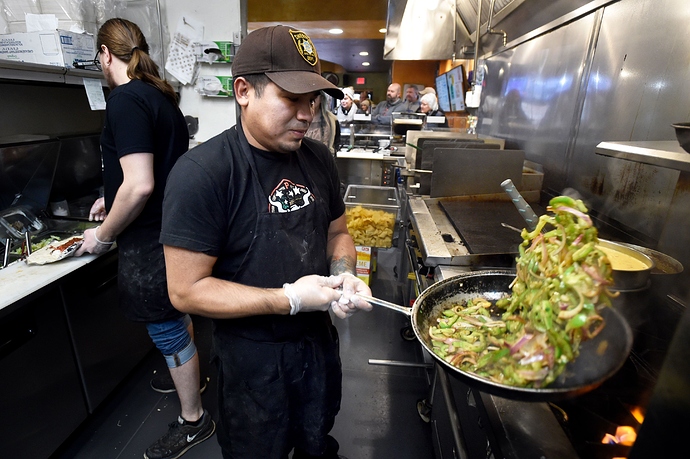 Business advocacy organizations sharply criticized the House of Representatives for passing a bill to raise the minimum wage to $15, saying it would be a costly job killer.

It will die in the Senate. It’s always curious to wonder how many voted for it knowing it would never pass. Would they vote yes if they thought it might ACTUALLY get signed into law?

Even if it dies in the Senate its only a matter of time. Hopefully, this causes restaurants to use robots and kiosks to order, make, and deliver food. I don’t want anyone touching my food. Just pay one person $15 bucks to watch the robots.

Illegals work for less pay thus keeping the wages artificially low. They take up resources and housing thus raising rent as they increase competition for housing.

On top of all that they drain the economy of $166 BILLION per year in govt assistance.

One great way to really hit a nail in the Democrats coffin is to lower the corporate tax again and reduce interest rates, and watch how fast the economy will explode!

The cost of everything including employee expenses or what workers call wages is based on two factors: supply and demand.

To raise the demand for domestic workers, implement tariffs to reduce the outsourcing of jobs. To reduce the rate of worker supply increase, close the borders.

A minimum wage is useful when most employers are already paying it to drive the few predators remaining out of business and the community but doesn’t work when it is based solely on political entitlement without regard to market forces. What happens when you do is you end up with a situation like Brazil has a right to housing in their constitution while a large percentage of their population live in favela often without a home.

That is very true! In the case of Brazil they for a very Long time never had a middle class, the divide between rich and poor is a stark contrast! Things are changing for Brazil though but it will take time to recover from the previous corrupticrats with their insane socialist policies as a path they had the country heading to!

Technically you could naturally ‘raise’ the minimum wage by restricting the supply of labor, also known as policing the border.