As I stated earlier in the Covid thread about growing resentment against the Chinese, it appears that is true as this brutal Attack is evidence to suggest resentment is growing with such violent acts being perpetrated on Asians due to the virus. 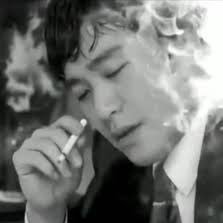 Random attack on an Asian man in the streets of Philadelphia. A detective from the Philadelphia Police Department told NextShark that they are looking into the incident and an investigation is ongoing. A police report has not been filed by the victim as of this writing. 19/3/20 https://t.co/5MjIA0rDZh
1 Like
DMK March 24, 2020, 1:02am #2

As I stated earlier in the Covid thread about growing resentment against the Chinese, it appears that is true as this brutal Attack is evidence to suggest resentment is growing with such violent acts being perpetrated on Asians due to the virus.

I don’t get that from the video. Just more of the same-o from the usual suspects.

I am not indifferent to it because I am seeing it here too!

Urban blacks being black. This is how they act. Just wait until the cops start getting furloughed.

Cops are not making arrests especially in the city of Philadelphia where they just appointed an ANTIFA sympathiser as their police commissioner.

Not feeling too bad when Asians get their asses kicked. Sad but true.

Wow how did I know blacks were involved ?

Too bad Philly doesn’t have a Police Commissioner like Big Frank Rizzo!!! These Getto ■■■■■■ Punks would"ve had a police baton upside the head in the blink of an eye .
Of course,that would be excessive force and racially motivated instead of an " attitude readjustment "

I don’t think this attack had much to do with his Asian heritage but more to do with the fact he was alone and vulnerable to a violent disgusting bunch of thugs.

My cousin does home nursing in Philadelphia. Carries a Ruger Redhawk .44 Magnum. I mean, some of the areas he must visit, well, do the math.

When Rizzo ran the show, Philadelphia was considered the safest city in the US.

Good. They needs to go back to their far-east bat-eating shitholes.

They had at one time, DA’s thst actually prosecuted criminal lawbreakers. Today, they have a Liberal DA sympathizer who looks for ways to keep them on the street.The new police commissioner isn’t much better.
People forget that during the black administration of W.Wilson Goode, there was a black police commissioner and fire commissioner that was responsible for the fire bombing on the MOVE house on Osage Ave.