This just came out hot off the presses about who Risho Sunak is and what he plans to introduce should he succeed to becoming Britain’s new Prime Minister.

What is outlined in this article is very troubling and indicates that should Sunak successfully become Prime Minister, that his intent is to introduce a China based Social credit score and a Chinese style economic system with trackable, digital identities and currency. His family has ties to a technology partner of the World Economic Forum and that alone should startled anyone living in the UK or for that matter be concerning world wide for other countries that have fallen under the spell of such autocratic style of governance. Macron, Ardern, Trudeau are pretty much the same similar models of a list of people who many consider are Congenial Fascists using COVID as a guise to assert their Totalitarian bonafides. This guy is and would be really bad news for not only Britain but for the rest of Europe as well. What hell awaits remains to be seen but this guy is the type of candidate that the free loving patriots from all cultures are currently fighting against and Britain is no different and should at every cost prevent this Trudeau wannbe from becoming Britain’s next PM. 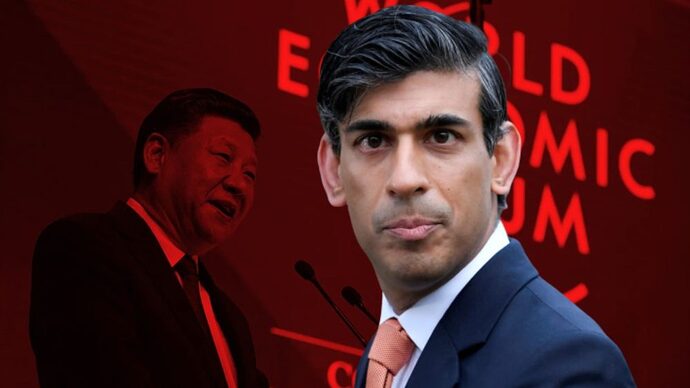 Former finance minister Rishi Sunak, a frontrunner to become Britain's next Prime Minister, has family ties to a technology partner of the World Economic Forum that has advocated for a Chinese Communist Party-style economy with digital identities and...