British military officer: Biden is more of a danger to the West than the Taliban

“6,500 people died, including 3,000 deaths at Twin Towers, and we didn’t achieve a single thing,” said retired Special Operations Staff Sgt. Trevor Coult, who has been feted by both the queen and President George W. Bush.

Coult served for 21 years in Bosnia, Iraq, and Afghanistan, where he was involved in 178 enemy engagements and survived three bomb blasts. The queen awarded him one of the United Kingdom’s highest honors, the military cross, for saving allied lives during an ambush. Bush also awarded him a presidential citation during a White House dinner.

“Biden is the most incompetent president in the history of the United States,” Coult told the Washington Examiner. “He has befriended terrorists. The White House is not a friend to the West. It’s a danger while he is president.”

Coult said he has spoken to numerous British generals and Special Operations officers about Biden, and they all agree that no one can understand his logic.

“We believe Biden is more of a threat to the West than the Taliban ever was. Without a shadow of a doubt. He betrayed us,” Coult said.

These comments come after former British prime minister Tony Blair said Europe and NATO should prepare to act when the U.S. is unwilling.

“For me, one of the most alarming developments of recent times has been the sense that the West lacks the capacity to formulate strategy,” Blair said. “That its short-term political imperatives have simply squeezed the space for long-term thinking.”

Blair is just one of several British politicians who have criticized Biden’s handling of the Afghanistan withdrawal, spurred on by reports that calls to the White House by Prime Minister Boris were ignored for 36 hours during the initial chaos. The U.K. Parliament held Biden in contempt.

As for future relations with the U.S., any military cooperation with its Western allies is likely finished until a new president is elected, Coult said, reiterating his conversations with military leaders and public sentiment.

“We don’t know what he is going to do. Why would you help someone who would turn your back on us?” Coult said. “He has nailed that door closed.” 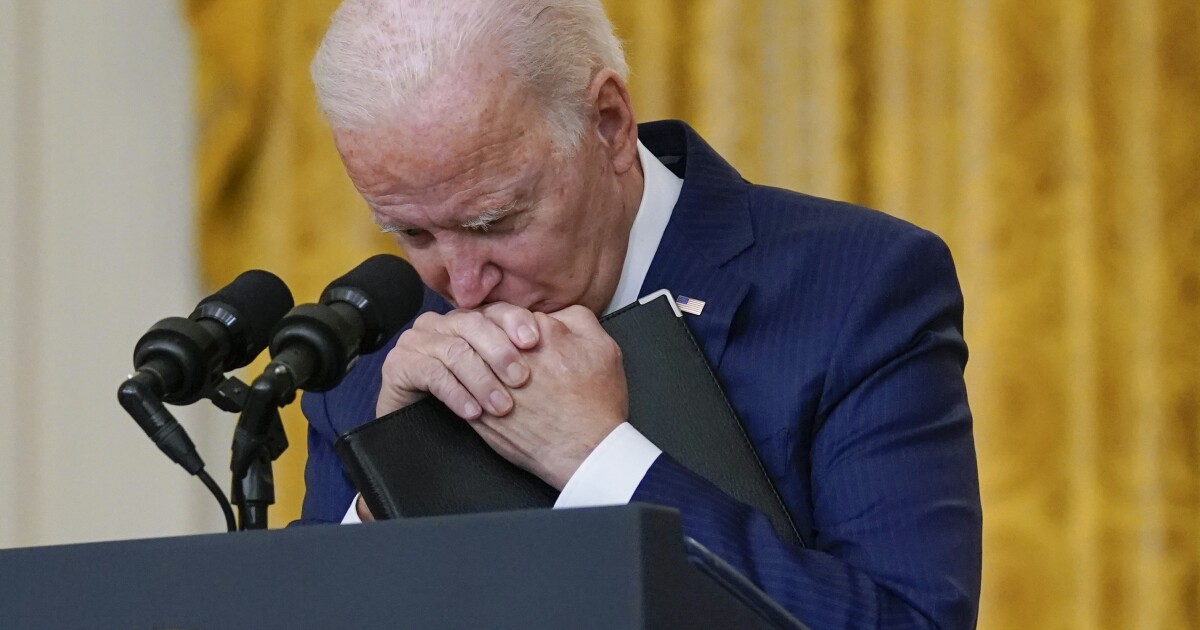 British military officer: Biden is more of a danger to the West than the Taliban

Having said that, the incompetence and callousness on how Biden handled this withdrawal boggles my mind.

That people were forewarned about him, voted for him anyway and now wish they hadn’t?

The man is a walking disaster.

I don’t disagree, we needed out of Afghanistan but this was done in the worst way possible. People are stranded there and it looks like a hostage crisis will follow.

Interesting how the administration has moved on as well as the media assist with little coverage of the remaining people stranded by Biden. Imagine the reaction should trump had done it.

That people were forewarned about him, voted for him anyway and now wish they hadn’t?
One would have thought that after 8 years of Obama they would never give the WH to a dem, yet here we are, never learning from history.

Yes, we wanted to be out of Afghanistan and yes, it was done in the worst way possible.

Yes, it is a hostage crisis that the Taliban will exploit for money.

I don’t have much hope for the future of this country. Folks are going to have to learn some hard lessons for it to un-cloud the luxury of social justice priorities over reality.

That people were forewarned about him, voted for him anyway and now wish they hadn’t?

The man is a walking disaster.

The people that voted for him (however few that really was) didn’t care. All they cared about was “orange man bad”… anyone is better. An old adage comes to mind; be careful what you wish for, you just might get it. I hope they’re happy…lol.

Joe Bidet does work fast.Look how he F#@&ed up the country in a short time. His bobbleheaded Press Secretary, says those left behind aren’t stranded. LikecThe Taliban will peacefully escort them to planes and leave.
If it would an Army Division, I would have gone house to house to bring Americans and Translators back for how long it would take, plus destroying all high tech equipment.
He make Jimmy Carter look like a candidate for MT. RUSHMORE