Prepare yourselves. This is the most disgusting degenerate thing I’ve come across, and that’s really saying a lot. 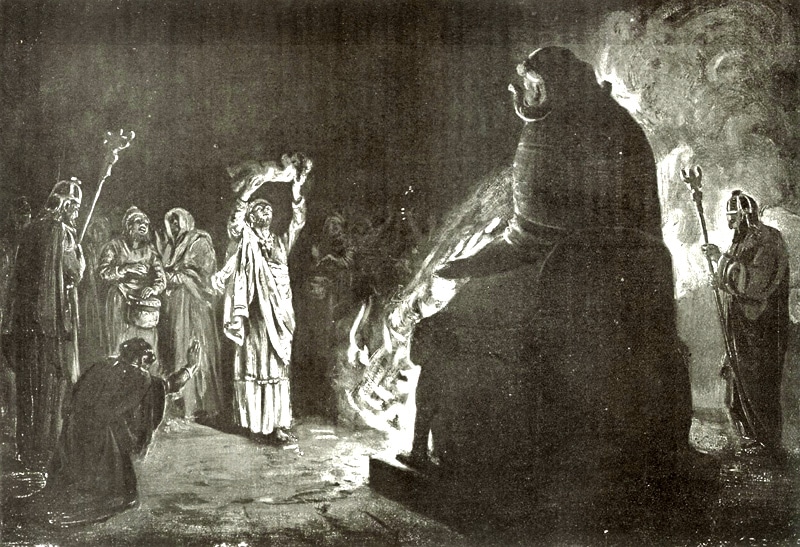 When the other fetishes just aren't doing it any more, there's actual child sacrifice. "Breeding" is perfectly legal ⁠— and huge on Reddit.

Apparently this is a thing out there. People who intentionally get pregnant, to carry out their sexual fetish, even though they know the whole thing is just going to end in abortion.

And they carry this out again and again.

The bigger and more pregnant the better. So we’re probably talking about late stage abortions.

Sadly once you start reading into it, it starts making sense, in an insane sexually depraved sort of way.

Sometimes recklessness can become habit.
Maybe the couple start off with the fantasy of impregnation, the woman gets a bit of a kinky thrill out of being pregnant but immediately goes and gets an abortion, it repeats, the woman was just being reckless about it, but then she gets desensitized to it, she’s already had two, so why not intentionally do it again?
All that would be perfectly normal within the ideology of the pro-choice abortion position (if you listen to what many of them say).
Maybe she gets to the point where she waits a little longer next time to get the abortion, because she wants to take the fetish to another level, and her man is getting a kick out of it.
But maybe she doesn’t actually want to have a baby, she just enjoys the sexual thrill of being an impregnated woman while the man is having sex with her.

In other words, she might not have started off with that specific intention, it could have started off as just a reckless impulse in the heat of the moment, and snowballed from there. Two or three abortions later and she’s doing it with full intention on purpose, and waiting longer so she can get “more pregnant”.

This has got to be people larping. No fucking way are people this far gone.

Why would you even doubt this level of degeneracy at this stage of collapse? Of course people are doing this. Rope makers are going to be turning a lot of profit soon.

Listen to many Pro-Choicers in these forums. They say “Women are under NO obligation to use any form of birth control! If they want to use Abortion as their primary means of birth control, that’s their choice!”

This is a just a natural, albeit more extreme, extension of that.

I am fucking raging right now. I say we urge the left to pass post-birth abortion as soon as possible. The minute they do we line every single one of these fucks up against the wall and do with their parents didn’t have the heart to do.

The words that I want to type will likely land me in prison so I won’t do it.

Hmmm interesting, same IP address and multiple Pseudonyms being used! VPN is cracked. Wow, it’s like the matrix knows who you are and are sending their sentinels after you!

It is the bait that is the sign! Don’t do it!

What matrix stuff are you talking about?

I am strictly speaking of clairvoyance and those who have that ability. Not all things appear what they are.

Nothing new.
Humans have been sacrificing babies and little children for thousands of years.
For some, pregnancy is just a game to play.

I think whatever intelligent higher power is responsible for it all, may just say: OK, THAT’S IT; YOU HAVE GONE TOO FAR. Time for a super nova. I’ll just move to the other side of the galaxy, where my work is appreciated.

This whole thing is disgusting pro choice is just another way of saying I’m too irresponsible to practice safe sex or use birth control. In no way can birth control be the same as abortion. Abortion is murder and that I feel can not be allowed especially when you read sick things like that first post. Can people really be that depraved to things like that. I’m really shocked and disgusted!!

There are no grey areas; abortion is flat out cold blooded premeditated murder. The unborn is very much alive before the procedure; and very much dead after the procedure. Seems cut & dry to me. We are supposedly “thinking animals; capable of reasoning & rational thought”. Aren’t we ( considering those gifts ) expected to climb from the dark sewer of ignorance into the light? Unfortunately, it’s always easier for the ignorant & the primitives to drag others into the cesspool, than to climb out themselves. Looks like a bit more than a clump of cells to me: The Grantham Collection - Abortion Instruments and photos …

I don’t know what is worse, those babies being aborted, or being born and having to be raised by fetishists.
Those women are ruining themselves. Their uterus(es) will be more scar tissue than organ, rendering them infertile over time. Probably for the best.

I like that Jim. I often wonder if it’s time to re-calbrate humankind becuse we seem to be collectively going insane.

Forget about “Designer Babies” for sacrifice.

Wait till they start creating, experimental Deformed babies…they can eat.

I;ve heard this where couples love getting pregnant just so they an abort it. IT’s along those same lines.