***BREAKING*** FBI Seizes Cellphone Belonging to Senator Richard Burr and records of Loeffler, and Feinstein in Connection to the Insider Trader Violations

Senator Richard Burr who co-chairs one of if not the most corrupt committees in Washington DC is now in some hot water with this latest news reports. What is interesting about this latest development is the fact Burr has been involved in several controversial stymies corroborating with compromised DOJ official Jesse Liu who was strategically removed from her position in recent months regarding the James Wolf case. So this should not come as a surprised that he was being investigated for insider trading. Lets face it, Burr is a lizard looking huckster who is probably facing a world of pain, and so he should!

The FBI served a search warrant on Sen. Richard Burr (R-N.C.) Wednesday as an investigation pushes forward on whether or not the senator violated a law that prevents members of Congress from trading on insider information they learn from their work, The Los Angeles Times reported.

Federal agents seized Burr’s cellphone after they served a search warrant on the Republican at his residence in the Washington area, a law enforcement official told the Times.

Caitlin Carroll, a spokeswoman for Burr, declined to comment on the reported warrant.

Burr, the chairman of the Senate Intelligence Committee, sold a significant percentage of his stock portfolio in February shortly before the stock market declined and after his committee was receiving daily coronavirus briefings. 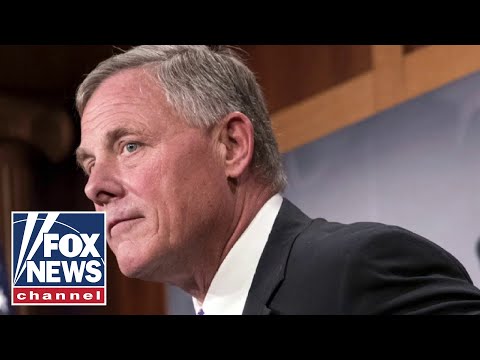 This story is now widening to Diane Feinstein and Loeffler!

One particular note of interest is the fact Feinstein’s husband has been selling out to the Chinese for years and should have been investigated a Long time ago!

Intercontinental Exchange CEO Jeff Sprecher and his wife, Sen. Kelly Loeffler, sold more than $1 million in stock before financial markets tanked due to the coronavirus outbreak.