This is worth a watch! 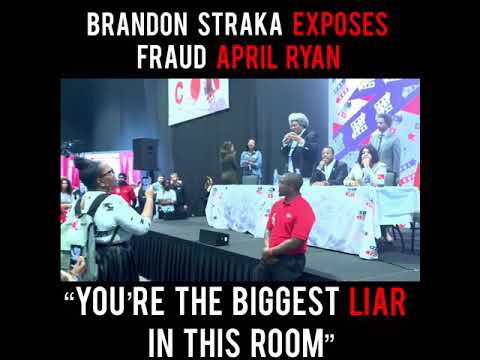 Ryan responded by throwing her hands in the air and shaking her head.

“You are sitting here looking at black men with MAGA hats like we are the problem. No sir, it is you that is the problem,” James said, apparently referring to Mystal. After some crosstalk, Mystal responded by saying that Democrats had policies they believed helped “everybody.” He added, “Trump has policies that he believes only help his own voters.”

After repeatedly claiming Mystal was lying, Straka added: “Speaking of lies, I want to talk to April Ryan, the biggest liar in this room.”

Ryan vehemently defended herself, saying: “Speaking of lies, let me tell you something, my middle name is truth.” As Ryan got up to leave, she told Straka, “You don’t want this.” Straka went on to describe his organization and why he left the party.

“The liberal media is lying to you. April Ryan is lying,” Straka shouted at the crowd. Fox News tried interviewing Ryan after the event but she declined, citing other obligations.