General Manager Courtney Pong who owns CSz Boston walked on stage and shut down an entire comedy show because the jokes offended her. 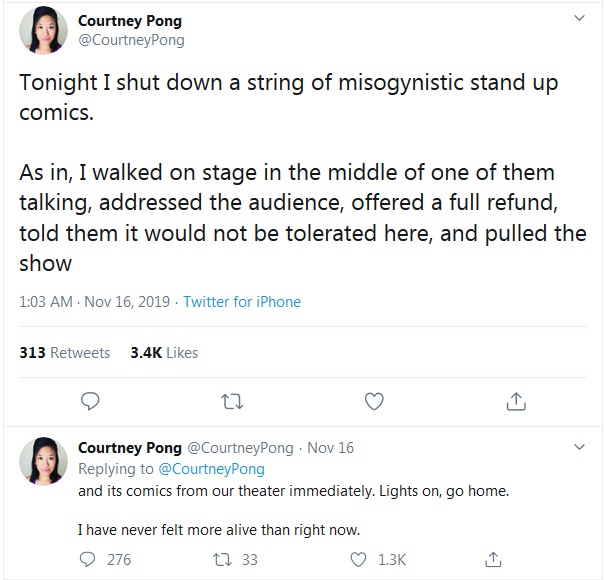 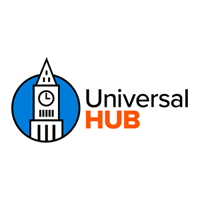 Misogynist comedians can stay out of Roslindale

The owner of a comedy spot in Roslindale shut down a series of stand-up sets last night after, she says, she'd had enough of a string of racist, sexist jokes. Read more.

The total irony of living in clown world is that no jokes will be allowed.

She got woke and now she is going to go broke. It’s the standard pattern for things like this.

Ching Chong Ping Pong also has no business owning a comedy club. All of these stronk womyn attempts at comedy are total and absolute failures.

No one wants to be lectured at and virtue signalled to when they are just trying to have a good time.

It’s her club and she gets to make the rules. That doesn’t mean anyone is going to like those rules and if that’s the case she’s going to go out of business very fast.

Is this an example of Internet Rules not fitting with real life rules?

Life ain’t fair, ya gots ta be thick skinned if ya wanna survive. Waaaaaaaaaaaaaaaaaaaaaaa, he hurt my feelins; I’m tellin my mom. I’m watching American Dad; and he walks into his kid’s gym class; and the kids are playing feather duster tickle tag.

I make Carlin & Lenny Bruce look like Mother Teresa; but the people in my circle love it; and always want more. Yes America, there are still those who see life at it is. And my sets are not all off color; just real world.

This looks to me like it was a publicity stunt. Her business only has a handful of positive canned reviews on Google. Hopefully this backfires. She likely got a preview of the material before she booked the event. She knew that the comedians that she booked to perform were going to be offensive. She used them to set up this phony outrage to boost her business. She should be sued.

What a shitty thing to do. I hope her business crashes and burns.

This naive woman is about to get a brutal lesson in the basic fundamentals of free market capitalism. Her business will close in less than a year.

I’m giving serious thought to doing some stand up. Probably Philadelphia. Not 20 anymore; but something I have considered for some time. You gotta live before you die, or you’ll die before you live. I guess I will have to step lightly; since I’m not PC. I don’t want a lynch mob waiting when I leave the club.

Sadly this same sort of censorship routinely happens on college campuses where puffed up student activity directors routinely appoint themselves as monitors of offensive acts. You know it’s bad when no less than legendary comedian Jerry Seinfeld refuses to perform on campus due to the unreasonable restrictions imposed by “woke” administrators.

So a Gong from the Pong. I see her business spiraling down.

I thought you guys were pro capitalism and FREE markets. Why doesn’t a business owner have the right to control what’s offered from her stage?

We know damn well you all would have supported her walking out in the middle of some leftest tirade against Trump and shutting it down. Then you’d be arguing it her right as the business owner…

It’s her business; and she has the right to ruin it. Right or wrong, questionable material always draws a crowd. Let the audience decide to stay or leave. Grown up stuff. And grown ups need to be thick skinned, not wusses.

But but but, there never are any Leftist tirades against Trump. Leftist are the backbone of our country; and they respect people.

So with a conflicting post like that, which is it, she has a right to control what she offers the public or not?

Haven’t business owners been sued for not wishing to bake a cake for gays? For not providing a service?