Bloomberg: White Demographic Replacement May Cause Trump to Lose in 2020 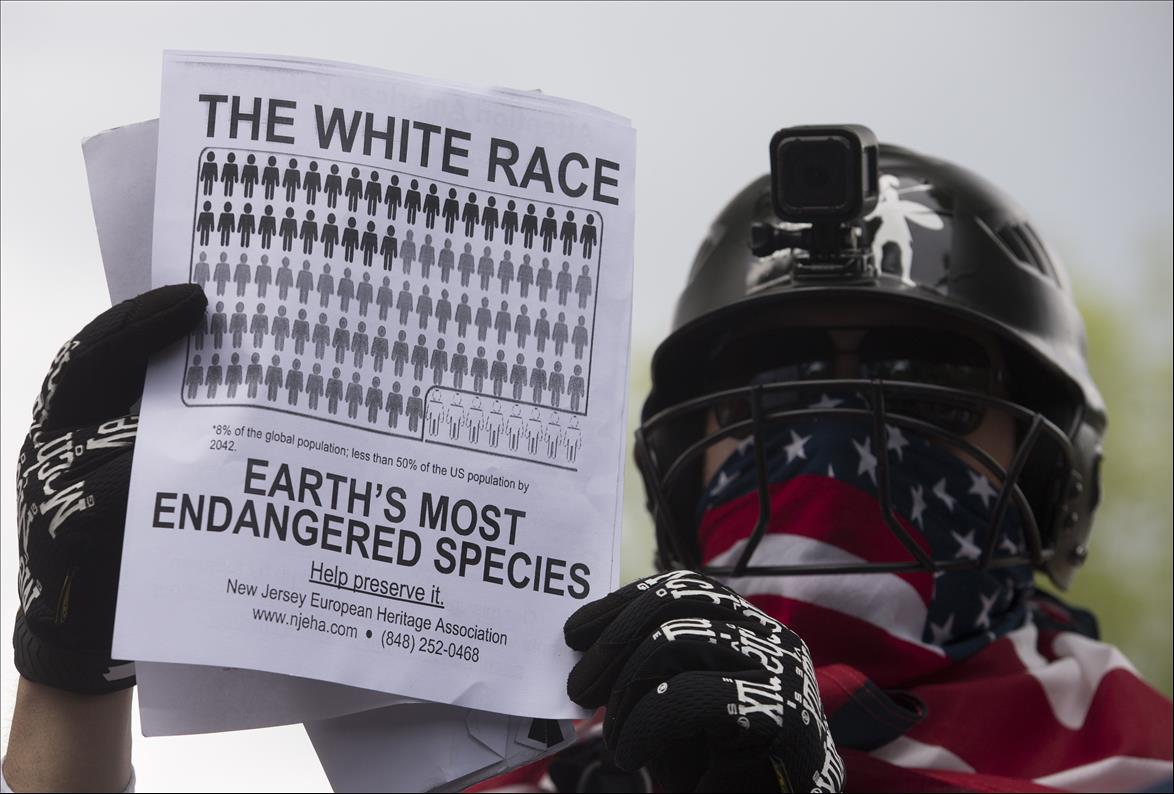 Wait, so the replacement of white people in America is going to affect voting patterns and the electoral viability of right-wing candidates?

I thought that was a racist conspiracy?

We’re allowed to say that now? In the normal, mainstream media, such as Bloomberg?

Interesting development. I guess it doesn’t matter what any hateful bigot has to say about the issue now, because it’s already too late to do anything about it.

The number of white working-class Americans dropped below 40% of the population for the first time last year, reflecting demographic shifts that could pose a challenge for President Donald Trump’s election in 2020.

White Americans without a four-year college represented 71% of the population in 1975. Their decline as a share of the population is expected to continue and they will no longer be the largest demographic group by 2034, according to a blog post Tuesday from the Federal Reserve Bank of St. Louis.

There’s no single cause for the decline. More Americans are seeking a college education, and leading causes of death — including the opioid epidemic, alcoholism and suicide — are hitting working-class whites hardest. And birth rates for whites are slowing compared with nonwhites.

One that is so obvious at this point that you have to be either a complete and total goy or an outright liar not to see it.

But you still can’t mention that part.

It will be a few more years before (((they))) come out and say “yes, we created OxyContin, opened the borders, and pushed feminism in schools for the purpose of exterminating white people because that would end hatred.”

But they will come out and brag about it at some point. I promise you that.

“Whatever the cause, the decline of this group will undoubtedly continue to have lasting economic and social consequences for the U.S.,” researchers Bill Emmons, Ana Kent and Lowell Ricketts wrote in the blog post, which focused on the demographic trends and didn’t mention the political implications.

Among those consequences: the shrinking of one of Trump’s most reliable voting blocs. White voters without a college degree supported Trump by 66% to Hillary Clinton’s 29%, according to 2016 exit polls. Among men in that group, the margin was even higher, 71% to 23%.

That’s the largest support from white working-class voters for any presidential candidate since 1980, according to the Pew Research Center.

Trump also won college-educated whites, but by a smaller margin of 48% to 45%, while Clinton won large majorities of black, Latino and Asian voters.

While the ranks of working-class whites has dropped 2% nationally since 2016, they remain a slight majority in the Midwest, the report notes.

Yeah, so this is the first time I’ve heard a mainstream source like this openly admit that demographics might mess up the 2020 election.

Bloomberg is right about demographics ending Republican presidencies, but most likely wrong about the timing. There are still enough white voters in swing states to give Trump the win in 2020. 2024 is the pivotal year, and after that, we’re looking at endless Democrat presidencies, infinite third world brown people, and a rapidly accelerating breakdown of civil society. One especially unpleasant outcome of this kind of government will be an enactment of a “White Nationalist” equivalent of the sex offender registry. White nationalist will be defined as any white person that has self-interest and doesn’t defer those interests to the advancement of the brown hordes. White flight will also be declared a racist act of white supremacy.

I thought this was all a racist right wing conspiracy theory? Guess white genocide is real, acknowledged by the media, and politically motivated.