Don’t you just love it that broad brush of racism is splashed around hitting everyone white ?

The Black Lives Matter movement’s national arm is leading a boycott of “white companies” until New Year’s Day, encouraging supporters to help “end white-supremacist-capitalism” by visiting only Black-owned businesses during the holiday shopping season. So will they only shoplift in black owned stores now ? Do we get a month of loot free Cities ? Why can’t these turds boycott for a year maybe our economy will turn around .

NFL, NBA are the major ones. Most of them are illiterate idiots making millions for playing a game… yet, there is that faction of society that listen to them like they are some kind of leaders for “change”. That faction are even dumber…lol.

Then ESPN promotes Blacks that can’t speak properly. It’s sometimes on at the gym and I’m Like you racist MOFO’s how do you promote this crap

The AMERICAN hegemony is in the sports that it sells. I admit I was a sports fan of baseball, Hockey and Football for the longest time. I played Division Hockey for many years, as well as baseball. As I got older of course some of my interests in sports has waned and I eventually turned to Golf. I still play golf and wished I just focused on that, but life took over and the rest, well is just history.

Ultimately my favorite of all sports is motor sports with LeManns and F1 as my favorites, but with the emergence of technology any a$$holes like Hamilton even that is getting harder to watch now. Yes my favorite driver of all time is Senna. That being said, sports fans in general don’t know any better and are oblivious to the fact that a lot of American sports is scripted and designed to award and be favorable to large markets especially for TV ratings where millions of dollars are at stake. Take the NFL as an example. The refs control pretty much the outcomes of most games, with their ridiculous phantom calls or penalties are the most opportune times to which would have dramatic effect on changing the outcome of a game. How about when a player suddenly coughs up the ball for no apparent reason? Hmm? Weird it looks when seeing it in today’s game as it almost looks like it was planned that way. Why is it that the same teams that always win year in and year out are from large markets? Or the teams with black quarterbacks are all of a sudden the favorites every week and talked about the most? Maybe coincidence? Sure, then again I digress, I mean after all Mr Tom Brady, a great guy no doubt is winning beyond his shelf life, so there is that. My point is the NFL, if looking deeper into its history is a league that was founded by the Mafia. Many organized crime figures back in the day were involved with the NFL when the league merged, and thus as the saying goes the NFL was founded by gamblers for gamblers. The NBA too, as they have been known to bust a ref or two for match fixing and gambling. Hockey? Well you got the fighting in the sport that pretty much has denied their ability to get a national TV contract, yet they continue to leave fighting in the sport alone and many fans say its part of the sport which in essence is a bunch of baloney!

Then sum of all parts of course in today’s sports is all the woke bullshit going on in almost every sport. You ask why is that? Its all a distraction from the fact that most of what is going on behind the scenes is about creating distractions from all that gambling and match fixing that has been going on like forever and that can not be the subject that fans focus on, its too risky. (Sarcasm) What they didn’t expect of course is the advent of the internet and declining attendance records to new record lows, especially the NFL and the NBA. The NBA in particular was at one point the highest rated and watched sport out of all American sports, and was even appealing on an international level thanks in large part to the Olympics to bring it on the international stage and the players that now play in the league. However with the recent emergence of BLM and their idiocracy to promote a Marxist ORG, their declining numbers in viewership in the past year alone has been at record lows and its something that they probably will never recover from. Good! The same with the NFL, which continues to decline, and ESPN is helping exacerbate that to newer levels. Good too!

At the end of the day, one comes to the realization that time is too precious to be giving it away to a bunch of cry babies making millions of dollars complaining how oppressed they are or trying to opine on politics while putting foreign adversaries before their own country usually displaying their hypocrisy and double standards for everyone to see. Hollywood is pretty much the same way as well, and I refuse to go to another movie, especially now that China is infiltrating our movie studios to unprecedented heights. See ya, life is too valuable to waste another minute watching TV and listening to Marxist idiots telling me how I should think and feel to the point they are now openly calling to marginalize and ostracize my white friends by going to historical new lows. Life is better with out the distractions of media! Killing CNN, MSNBC, and everything in-between is my real objective and advocacy and I will walk the walk on this subject matter until the day I die!

They’ll raise black store owners insurance rates by shoplifting or put them out of business when burning them down. Blacks shopping at black businesses won’t have to worry about being followed in the store by white loss prevention people.
They can steal whatever they want and give the finger to everyone and no one will stop them.

Well they can kill the supply chains too, when they have nothing left to steal then that is when the shit gets real as they start venturing out to the rural areas in search for food. Ammo up!

It seems like the same schools have black athletes that can’t put a sentence together or add 2+2 and get the right answer.
These schools share the blame for dumbing down entrance exam scores to fill seats and national TV games. Then kick them to the street after they used their eligibility . Most of these athletes are lucky to work at Wal-Mart.

Its getting much worse too. Now the AMA and the medical industry is lowering standards in order to be more inclusive for racial diversity. This can actually get people killed if allowed to continue. 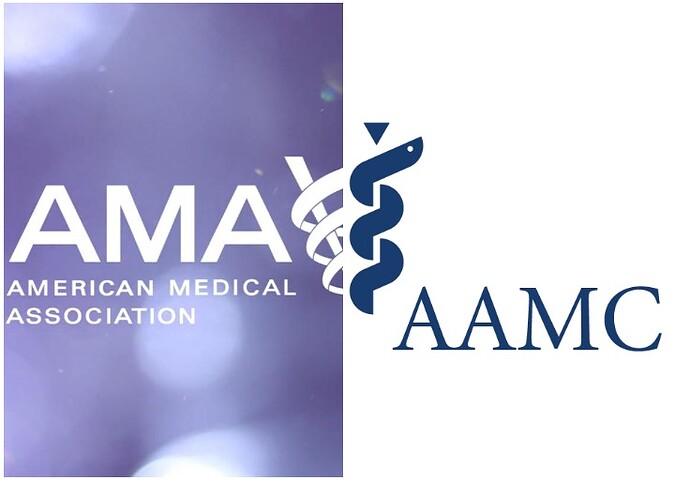 The two accrediting bodies for American medical schools say that meritocracy is "malignant" and that race has "no genetic or scientific basis," positions that many doctors worry will lower standards of care and endanger lives by discouraging vital...

We could dumb down medical doctors by bringing in Haitian VooDoo doctors and African tribal Witch Doctors to increase diversity .

This is no joke bro, seriously this is off the charts dangerous stuff and is going to ruin medicine as we know it if something is not done to stop this insanity taking place in our society. This is work only Marxists are capable of!

All the nurses in Boston can’t speak English, and they wonder why my blood pressure is so high during the doctors visit

America is a white owned business lol get out

Oregon Abolishes Academic Standards in the Name of “Equity” and Antiracism

This is a choice to have everyone equally ignorant instead of equally educated . It’s now common for progressive local governments to abolish standards if minorities can’t meet them . Oregon’s decision to eliminate standards was consistent with critical race theory .

The state shall not discriminate against, or grant preferential treatment to, any individual or group on the basis of race, sex, color, ethnicity, or national origin in the operation of public employment, public education, or public contracting. Well we ALL know that’s total bullshit . If you are a black female and own a business you WILL be awarded a government contract even if the bid is the highest !

The SBA backed $210 million in loans to African American owned small businesses across the 8 Southeastern states. Today, black women own roughly 14 percent of all businesses in the country owned by women. Just black women . 13 % of the entire population .

The Biden-Harris administration is launching a government-wide effort to increase the share of federal contracts going to small minority businesses by over 50 percent by 2026. The White House unveiled its plan Tuesday to expand the share of federal contracts awarded to small minority-owned businesses twofold by 2026, or by an additional $100 billion over the next five years. Shall not discriminate on the basis of RACE .

Shall NOT discriminate on the basis of RACE .

Are you still laughing ?

Can you imagine the incompetent affirmative action dopes making that vaccine that’s getting pumped into millions and you can’t sue if shit happens . I hope Monty get a few good does and a few boosters to boot !

I’d hate to see how much insurance companies pay for interpreters in hospitals.
Why have any entrance standards for college. Let anyone that breathes and has a pulse get into college and dare to fail them.You would see the alphabet soup of minority organizations suing your ass in court over racial discrimination and other excuses they make up. And educators wonder why we look retarded compared to European students.Can you imagine 435 blithering idots in Congress talking worse than athletes???

.Can you imagine 435 blithering idots in Congress talking

How about this moron … 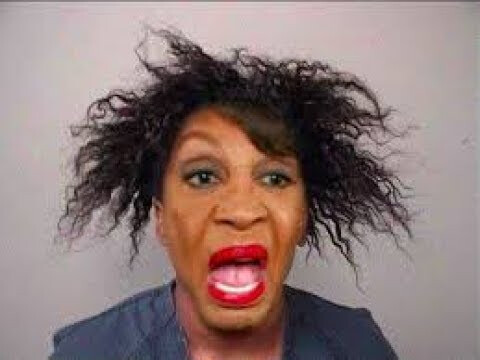 An ANGRY, RACIST BLACK IGNORANT WOMAN that supported harrassment of Republicans and the familes wherever.

A quote from this 2nd grade affirmative action turd …

“I have to march because my mother could not have an abortion.”

TOO BAD MAXINE NOW WE ALL HAVE TO SUFFER .