Blackpilled Predictions for the Future of America 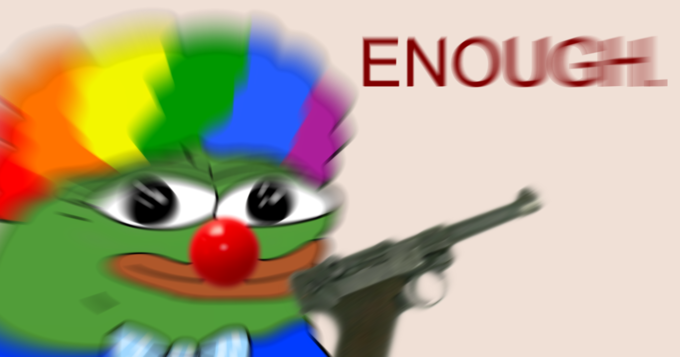 I’d like to take a swing at how I think a Right-Wing ‘revolt’ would play out in America. Please try to excuse me, as my thoughts on this are somewhat disorganized, and I am trying to tie things together.

I predict that there will be an inflection point of great economic instability and possible collapse sometime within the next 5-15 years. The signs of this have been in the tea leaves for quite a while now, but I cannot say for certain what specifically will precipitate this collapse. One likely possibility is a move by China and/or Russia to replace the U.S. Dollar on the global market, but this really is unimportant.

Preceding this I predict that racial tensions and inter-racial violence will accelerate over the same time period, with racial antagonism against whites making up the bulk of this increase. Knowledge of this will be suppressed if possible by the media and the public/private axis, and obfuscated and minimized where it cannot be ignored. People will still be able to learn of this, though non-approved methods of communication and information will be increasingly shut down, largely justified as fighting ‘hate.’

Laws predilected on combating white supremacy will be instituted, likely only on the national level, but starting in Liberal states, as well as left-leaning cities and municipalities. Even where these laws are not instituted their strictures will be willingly enforced by non-state actors out of conformity to social norms or fear of sanction. Attempts to combat these laws on 1st amendment grounds will ultimately fail. Minor gun control legislation will be introduced along similar lines, expect national-level employers to start asking if you are a gun owner at interviews.

All of this will result in an increasing anxiety among whites, though the urban shitlib and soy-fed suburbanite type will deny reality throughout this period. Genuine right-wing types will be dismayed, terrified and subject to increasing scrutiny by the state. As always, any attempt to organize that is discovered will be subverted or suppressed. The government will compile great lists based on web traffic and surveilled communications.

When the economy begins collapsing the racial violence will explode, alongside other forms of chaos such as mass layoffs, bank runs etc… PoC and blacks will have largely become accustomed to being lightly policed, and will quickly become uncontrollable. Shitlibs and deracinated suburban whites, terrified and bewildered, will beg the government to restore order. This chaos will be used by the state to justify martial law, the public sector will acquiesce to all demands.

Any right-winger that is identified as a provocateur will be SWATed. All attempts by right-wingers to organize will be shut down electronically, with the disorganized remnants getting tracked down by the authorities. There will be much talk though approved channels about the terror of right-wing white violence, even as Blacks and other diversity tear cities and towns apart. All people will be allowed to hear about is violent rednecks and neo-nazi terror cells being exposed, the few scattered instances of real armed resistance will be overwhelmed and used as propaganda for further crackdowns. Urban shitlibs will smirk in satisfaction within their green-zones, suburban whites will be dismayed but will have no recourse, being too terrified to offer anything more than mild complaints.

There will be no intervention by the military. Any soldiers or officers to resist will be quickly and publicly outed as crypto-fascists and made to serve as examples, and in any case the government will largely be relying on domestic agencies and police forces for groundwork. Agents of ZOG will gleefully round up white’s, this is what they’ve been waiting for. There will be significant resistance by local police departments after the scale of this operation become apparent, but the state will swiftly punish those who refuse, and have enough manpower to shuffle personnel across the country quickly enough to get the job done.

At this point all pre-existing centers of resistance will have been destroyed. There will be no remaining infrastructure for right-wingers to communicate and organize through (what remains will serve as a honey trap) and all institutions will be fully on board with the fight against ‘white nationalism.’ The whites that remain - disarmed, unorganized, generally liberal and at this point below 50% of the population - will be thoroughly subdued and reliant both physically and psychologically on state protection from the PoC hordes. Said hordes will be bribed off from the greenzones, Those who cannot afford to live in these greenzones - gentrified city centers, upscale neighborhoods - will largely be left in the cold. Conditions for whites will degrade to the status of South Africa. Any significant resistance to this process will result in loss of employment, loss of access to private institutions including financial services, loss of state protection and possible incarceration; this will be more than enough to keep your average middle-of-the-road white quiet and obedient.

At this point the economy may or may not stabilize, but it will hardly matter. The authority and power of the state over whites will be uncontestable, and the trajectory beyond this time will proceed in an ever-more dystopic fashion. In the future I may speculate on what may happen beyond this point.

I will admit to being quite blackpilled lately, so if you feel I am being overly pessemistic in my above predictions I am open to honest critique. Thanks, ■■■■■■■■

As always, any attempt to organize that is discovered will be subverted or suppressed. The government will compile great lists based on web traffic and surveilled communications.

That’s the worst part. Elected conservatives act like they’re on our side but they really aren’t. Then the normies who are likely to swing to our side are too busy “owning libs” on Facebook and Twitter. Retards.

I predict that there will be an inflection point of great economic instability and possible collapse sometime within the next 5-15 years.

History says it will be in the next year or 2. Personally I say 2020 after the next election. Te Federal Reserve has propped up the market for the last 10 years. As they raise interest rates, the probability climbs. Of course the 20+ trillion in debt will certainly skyrocket in the next recession.

The rest of your diatribe isn’t worth commenting on.

Take a look at this - if you don’t subscribe to Black Pilled, you should.

We have quite the road ahead of us. They are desperate and lashing out like caged animals. Prepare for their violence to spread. Hopefully it’s short-lived and we can rebuild with the ideologies of our founding fathers. All of the West is in turmoil and many don’t even realize it.

It doesn’t matter what they say, it matters at what we do. We need to strike at the pillars of the fat platter that the globalists sit atop. 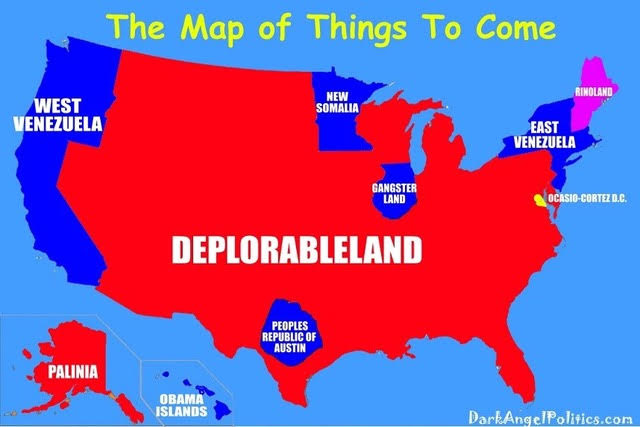