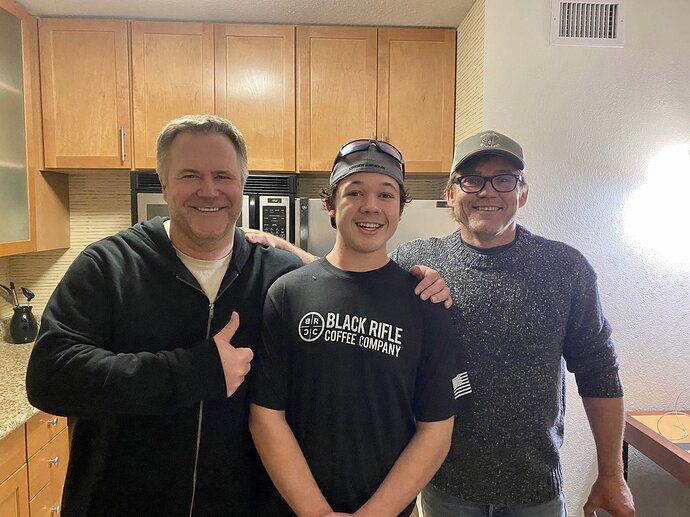 To anyone who has been buying Black Rifle Coffee Company products or apparel, stop doing so right now. They are nothing more than a bunch of cucks and cowards afraid to actually stand up for the conservative customer base that supports them.

I have a Black Rifle Coffee Company hat along with some coffee. That shit is going straight in the trash today.

After a tweet from Blaze Media reporter Elijah Schaffer, known as Elijah Riot on Twitter showed Kyle Rittenhouse wearing a Black Rifle Coffee t-shirt went viral after his release from jail, the pro-second amendment company, quickly denounced any perceived involvement with Rittenhouse or his release.

Schaffer has since deleted the tweet which was captioned “Kyle Rittenhouse drinks the best coffee in America.” However, Rittenhouse lawyer Lin Wood also had a tweet with the same picture that can be seen further down in the article.

Black Rifle Coffee’s co-founder Evan Hafer said in a statement Saturday, “we do not support legal advocacy efforts. We do not sponsor nor do we have a relationship with the 17-year-old facing charges in Kenosha, WI.” The company has also said they will end their sponsorship of a Blaze Media podcast after the pushback they received from the ragemob over the picture.

Mike Lindell and Actor Ricky Schroder did not shy away from the fact that they supported the effort to help bail Rittenhouse out while he awaits trial.

In a statement given to The Salt Lake Tribune, a spokesperson for Black Rifle Coffee said, “we don’t traffic in national tragedy and to us, that’s what this is. We are not legal experts or members of law enforcement. We fully support all law enforcement officials and believe in the integrity of the legal system.” 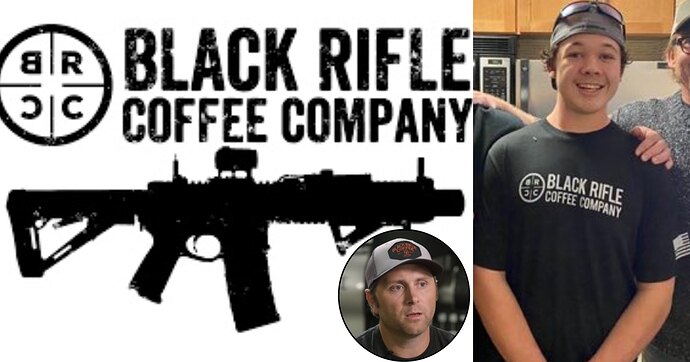 When are people going to grow a set and say “fk em I don’t a shit what they think?”

How many companies plastered BLM logos and propaganda all over their products and commercials and here we have a conservative company that can’t even take a little bit of heat. What a bunch of spineless pussies. Leftists aren’t buying their products…and now they are laughing their asses off at them!

After a stunt like this, I don’t expect Black Rifle Coffee to be around much longer. Kyle has almost universal support amongst the same people keeping this company in business.

Talk about shooting yourself in the foot.

I guess it’s time for another boycott.

Don’t buy anything from Black Rifle Coffee Company. Tell your friends what they did and encourage them to stop giving them their business.

I’ve got a Black Rifle Coffee sticker on my laptop. That shit is getting scratched off today. What a pathetic bunch of pussies.

I just love when the radical right eats their own.

They reacted to the outrage mob and now we will react by closing our wallets.

What a bunch of yellow-belly traitors. American patriots have been supporting this business for a long time and this is how they react to a bunch of crybaby bot accounts on Twitter? I hope they lose all their business…quick.

With the money saved on the overpriced coffee go ahead and buy some more MyPillows.

If anyone were ever looking for the definition of cuckservative…this is it.

Black Rifle bases their business model on pandering to the “patriot community”.

This shows that they are Paytriots and spineless weasels.

So they alienate their entire customer base to appease blue haired childless feminists who would never buy anything from them anyway?

Aren’t they from Mitt Romney country? It would explain a lot!

I always found these guys to be cringey as hell. I don’t think the owners are even veterans. They just pander to vets to get them to spend their hard-earned money on shitty coffee.

Go with Stocking Mill Coffee. They actually have a set of balls.

These guys are not fucking around. Twitter will probably ban them soon. Buy their coffee and support them. They are trash talking Antifa and BLM on their company Twitter page right now. ZERO FUCKS GIVEN. 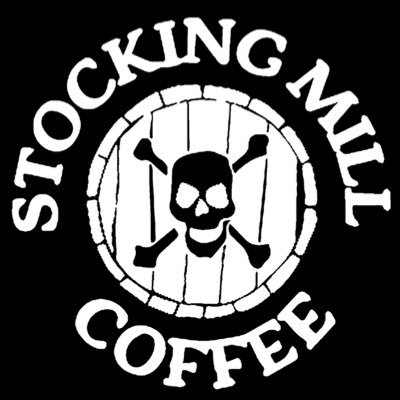 We don’t sponsor or have a relationship with Kyle either. But if he wants a free bag of coffee or T-shirt...he can have one. He is one of the few folks who actually stood up to domestic terrorism and we hope to see the courts find him innocent. twitter.com/blckriflecoffe…

@SuperHeroNexus Untrue. We did not sponsor nor do we have a relationship with the 17-year-old facing charges in Kenosha, WI. https://t.co/gNfWaOUqoT 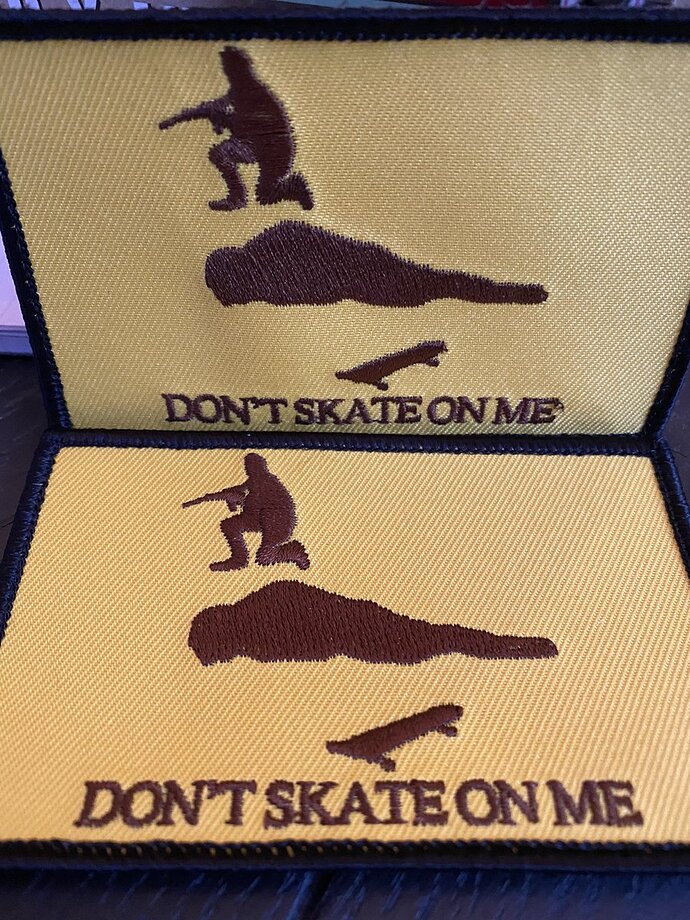 Look at this chicken shit BS. As we've said before - most of the companies profiting off the 2A or pretending to be "advocates" for our rights are nothing more than profiteers. They're spineless corporations who will turn their backs on your for a dollar. https://t.co/T3k01GVXQO 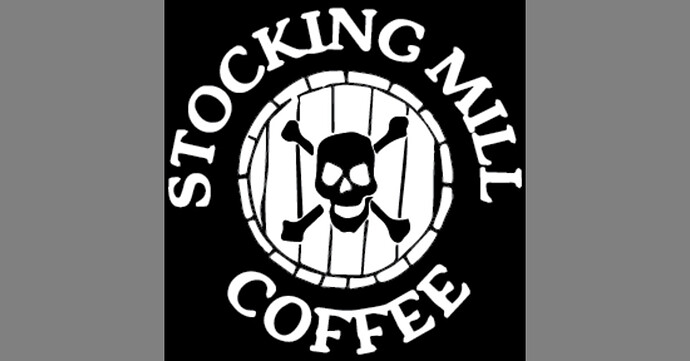