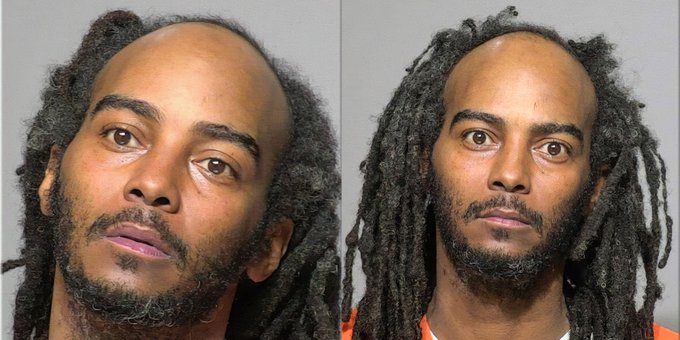 Sensabaugh livestreamed his arrest by Milwaukee Police on Facebook Live.

A little after 11:00 p.m. Monday night, Milwaukee police showed up at Sensabaugh’s home to arrest him on suspicion of third-degree sexual assault. Officers gave Sensabaugh time to gather phone numbers and other things before placing him in handcuffs.

Sensabaugh climbed to national prominence as a Black Lives Matter leader after the George Floyd incident, having organized and led protests in Milwaukee, Kenosha, Madison, and other Wisconsin cities.

He was streaming video as he was being arrested, so his son assumed control of his phone and continued recording.

Sensabaugh was first approached by and declined to speak to law enforcement. When a female officer re-engaged him, he agreed to cooperate but said he needed time to get ready to surrender.

He then continued recording for over ten minutes. He finally said he needed to call his lawyer and was placed into custody. He signed off his live feed after asking followers to share it.

The video noted an off-camera physical altercation between Sensabaugh’s friend and Milwaukee police.

Sensabaugh pleaded for help before the video was terminated:

“I don’t have any cash on me, so I would appreciate if someone would put some on my books.”

Sensabaugh has an extensive criminal history that includes drug manufacturing charges. He has also been arrested for driving on a revoked license. He owes over $92,000 in child support.

He was arrested for disorderly conduct just three months ago after leading a group to block traffic on a highway in Indiana.

Over the summer, Sensabaugh led marches across the upper Midwest city and in Washington, D.C. calling for an end to racial injustice. It also has put him at odds with law enforcement, one time clashing during an attempt to march over the David Hoan Memorial Bridge in Milwaukee that ended with his arrest.

On August 24, he was involved in a Black Lives Matter march that crossed onto private property in Michigan, and the event resulted in an exchange of gunfire. One protester was injured.

His violent rhetoric was memorialized in a video. He was quoted in the video:

“White supremacists … if you point your guns at us, you will die.”

This violent attitude and demeanor have now shown through again with the latest allegation resulting in his arrest.

In the video taken during his arrest, Sensabaugh tries to explain his side of the story. He talks about the “supposed victim” as someone he tried to help, and that took his rental car.

“She needed somewhere to stay, came to knock on my door, drove me to the airport and everything.”

(Sensabaugh) then alleged the accuser ‘disappeared’ with a rental car that wasn’t in his name and she wasn’t supposed to drive. He said he had been asking her to bring it back for days and told her, ‘they’re going to have to call the police because I didn’t rent it in my name.’”

He claimed he texted the woman and could tell she was reading the messages, but she did not respond.

“Then after that, I said, ‘Fine, I’ll leave it alone, they’re going to call police on you.’

“Who gets sexually assaulted, drives to the airport, makes sure they landed, you know, this is crazy.”

He ended his video, saying:

“Let me say bye to everybody. I love you all. You all know this is bullsh*t. I have all the evidence to back it up. Continue to support.”

Frank Sensabaugh was transferred to the Milwaukee County Jail on Tuesday night, but it is unclear if he has been charged with a crime yet. The details of the allegation are not clear but involve a woman Sensabaugh says stayed with him after she was involved in one of his marches. Sensabaugh has an extensive criminal history that includes drug manufacturing charges. He has also been arrested for driving on a revoked license. He owes over $92,000 in child support.

Anyone who has ever gone through a divorce can tell you that owing even a fraction of this much money in back child support is a one-way ticket to prison. But if you are a BLM terrorist you can expect to be given a free pass - because racism.

What a scumbag. Where are all of the MeToo Democrats now?

Don’t get too excited. He was released without charges. 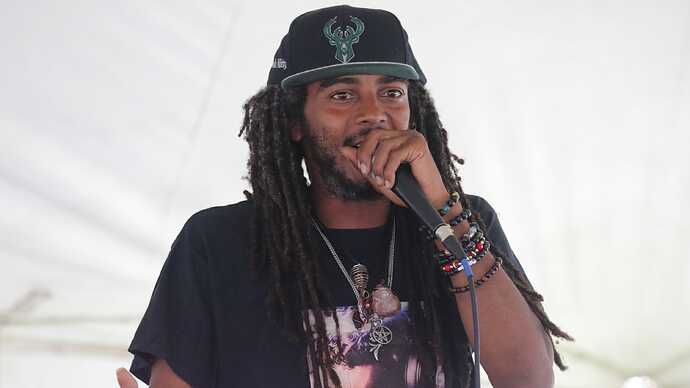 A top prosecutor said Frank Nitty II has been released from jail without charges, but that investigation of a woman's accusation continues.

It’s interesting that the majority of these BLM/Antifa “activists” are pedophiles and rapists.

Homeboy has a massive forehead and a ridiculous bald spot.