I attended a college level lecture on the Black Hebrew Movement over the weekend My additional research reminded me of some other whack-jobs:who maintained THEY were the True Israel David Karesh and the Branch Davidians.
Can any of our friends comment on this issue? I understand racism and violent rhetoric are the common denominator for the aforementioned…as if we don’t have enough

There are “Black Hebrews” and Chinese Joos.
European Joos or Ashkenazi Joos are descended from converted Turks, having nothing to do with ancient Israel. 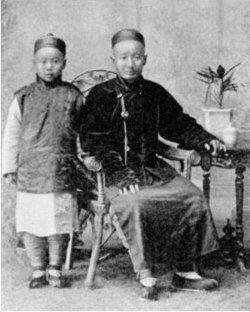 The Kaifeng ■■■■ (Chinese: 開封猶太族; pinyin: Kāifēng Yóutàizú; Hebrew: יהדות קאיפנג Yahădūt Qāʾyfeng) are members of a small community of descendants of Chinese ■■■■ in Kaifeng, in the Henan province of China. In the early centuries of their settlement, they may have numbered around 2,500 people. Despite their isolation from the rest of the ■■■■■■ diaspora, their ancestors managed to preserve ■■■■■■ traditions and customs for several centuries. The distinctive customary life of this Kaifeng commu...

If you think descent is important, Palestinians are descended from ancient Israel, being the ONLY rightful owners of the land. 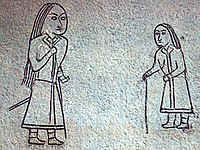 The Göktürks, Celestial Turks or Blue Turks (Old Turkic: 𐱅𐰇𐰼𐰰:𐰉𐰆𐰑𐰣, romanized: Türük Bodun; Mongolian: Хөх Түрэгийн Хаант Улс; Chinese: 突厥; pinyin: Tūjué; Wade–Giles: T'u-chüeh) were a nomadic confederation of Turkic peoples in medieval Inner Asia. The Göktürks, under the leadership of Bumin Qaghan (d. 552) and his sons, succeeded the Rouran Khaganate as the main power in the region and established the First Turkic Khaganate, one of several nomadic dynasties that would shape the future geolocatio...

Of course Blacks in general who think Afrocentric think every origin of life comes from Africa, including making dumb statements that blacks came to America before the Europeans. Never-mind there is a far away land called Asia. Lol!

If Africa is really the cradle of humanity — implying Africa produced smart ones — how come Africa is the backwater today in terms of science, arts, literature…

PS
I can already hear the counterargument which goes something like this:
“Africa did produce smart humans and they all went to Europe, Asia and other places.”

It’s like saying all white Europeans went to America, Australia and New Zealand and therefore no whites were left in Europe.

Additionally, ancient bones of fully anatomically modern humans have been found in Australia that are tens of thousands of years old.

Children of Africa were so smart that they could sail straight from Africa to Australia tens of thousands of years ago? Sure.