Safari Rule 1 - Never Get Out of the Car

LITHONIA, Ga. (CBS46) – For more than a decade, CBS46 has been questioning local restaurant managers about critical health violations. It’s not uncommon to get the cold shoulder when speaking with management about a failing inspection. But even we weren’t prepared for what happened this week.

“You can get that out of my face,” a Denny’s employee told CBS46’s Adam Murphy and Dmitri Lotovski. “I’m going to call police.”

This week, Denny’s on Panola Road in Lithonia scored 52-points and a ‘U’ for unsatisfactory. The health inspector busted them for expired deli meat, flying insects and raw eggs on bacon and cheese. But these violations pale in comparison to this violation of civility.

“You don’t have to put the camera on nobody. You can get out of here with that. You all can go ahead,” a Denny’s employee said.

It’s not the treatment even a news crew would expect from a place that calls itself America’s diner.

Full unedited video is at the link below: 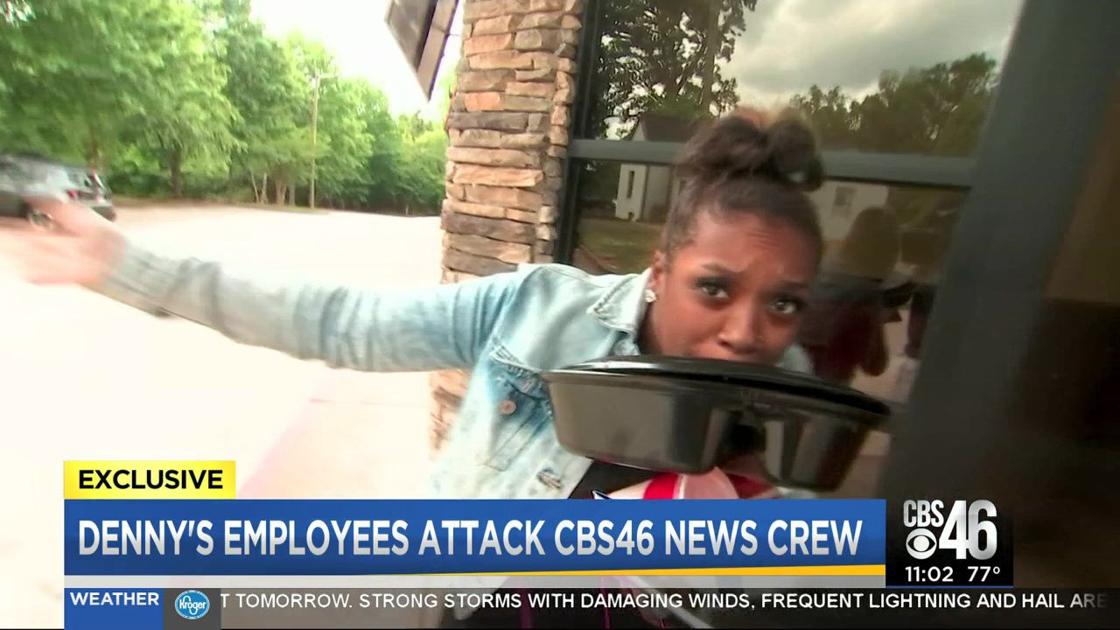 LITHONIA, Ga. (CBS46) -- For more than a decade, CBS46 has been questioning local restaurant managers about critical health violations. It’s not uncommon to get the cold shoulder when speaking

Why didn’t the news crew file assault charges? They clearly said they had been assaulted.

Typical blacks…I bet none of them got fired and the news guys cucked out on pressing charges for assault.

Why is it that they always chimp out the exact same way no matter where in the country you are? It’s always the same violent reaction with the same language.

I think the restaurant workers correctly removed the news crew from private property.

He must be a new employee. If CBS46 has been questioning the local restaurant managers about critical health violations for decades, he would have known their reason for being there (the reporters). Unless, he was just waiting in the wing for a fight.
Also, if the son was young - why was he even there in the first place? He could have simply told his son to go to the other side of the restaurant or something.
I just think he handled the matter immaturely.
After all that, is he still working there? If I was the manager…I would fire him on the spot. And tell him, “We cannot have this kind of behavior here. It is not only unprofessional, but it hurts the business.”