Absolutely diverse. They placed the wrong bet on policing the Joke svreenings heavily. Frozeon 2, who would have though.

A 13-year-old girl is among five teenagers arrested over a mass brawl involving youths armed with machetes at a Birmingham cinema.

Families were watching Frozen 2 at Star City when the disorder broke out late on Saturday afternoon, sparking a mass evacuation of the complex.

Police said up to 100 teenagers were involved in the “major disorder”, where people were armed with machetes.

“Dozens of officers were sent to the complex after a 999 call just after 5.30pm reporting a group of youths with machetes,” a spokesperson for West Midlands Police said.

“Two machetes were seized during the trouble, which saw pockets of fighting and seven police officers left with minor injuries as they dealt with the crowds in and around the cinema.”

Officers were left with facial injuries, and a knife was recovered from a nearby roundabout.

Eyewitness Choleigh McGuire said the fight started as she queued up with her daughter for Frozen 2.

Five teenagers have been arrested. A 13-year-old girl, another girl and boy aged 14, and 19-year-old man were held on suspicion of assaulting police officers.

Another boy, aged 14, was arrested for obstructing police.

Cinema managers closed the complex for the rest of the evening and police issued a dispersal order, giving them powers to move crowds on and arrest those who refused. 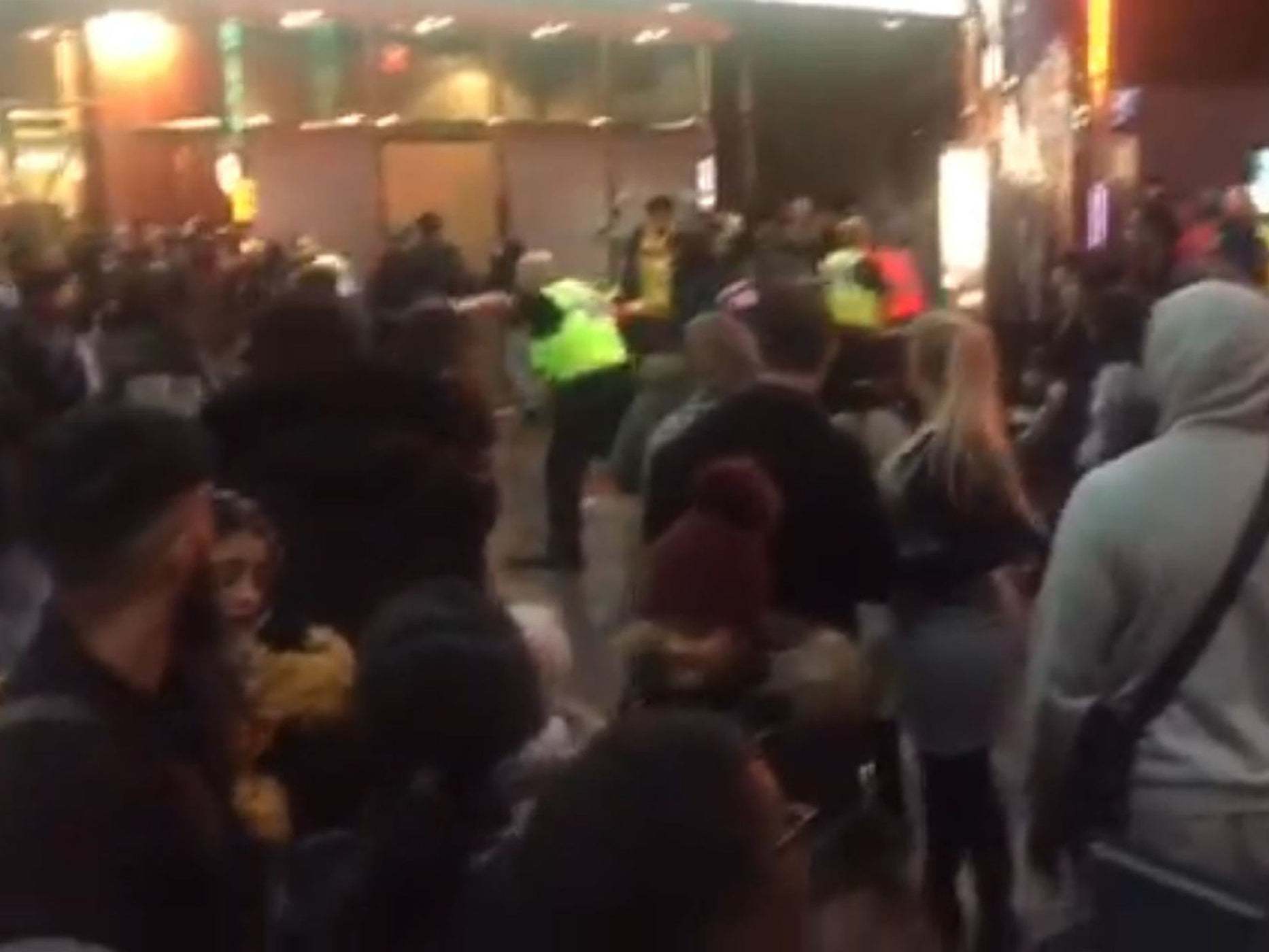 Up to 100 teenagers involved in ‘major disorder’ at cinema, police say