Still some Republicans with a spine…… 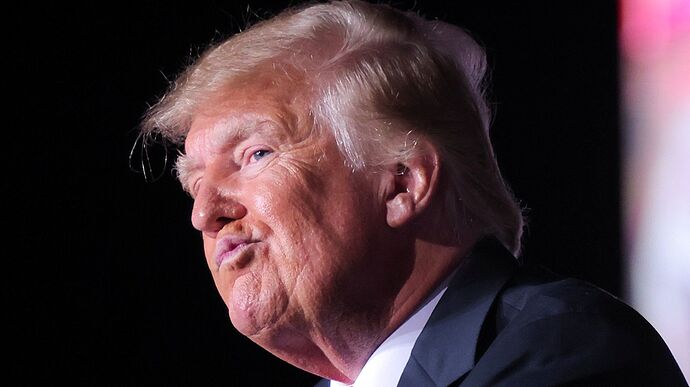 Republicans for Voting Rights takes on the former president in a very visible way.

Today, Republicans for Voting Rights (RVR) launched a billboard campaign across the country in response to reckless Republican calls for sham audits of the 2020 election. Here’s one we’ve put up in New York City’s Times Square:

None of Trump’s wild claims of election fraud have been backed by evidence. A Republican-led audit in Maricopa County, Arizona, recently confirmed that Biden won there.

While the partisan audit was funded in part by Trump supporters, taxpayers in Maricopa County are now on the hook for nearly $3 million to replace equipment compromised by unprofessional auditors hired by Republicans in the state Senate.

Actually, all of Trumps claims have been backed by a large percentage of Americans. You know as well as the rest of us that YOUR POTUS is a fraud and is not the real POTUS. Fraud is Biden’s middle name.

Even their own democratic media sources and pundits are now forced to admit how bad their polling numbers are. There is no hiding from this, however asshated clowns like Montecrusty will still insist its an anomaly and continue blaming Trump for everything. Trump hasn’t been in office since January and still the house clown continues to double down on blaming him as this fraudulent admin has done absolutely zero for the country. What a joke! Tds is real… it absolutely crazy some Americans hate this guy, for being great.

Pump up poop pants biden and his bullshit win we all know he lost .